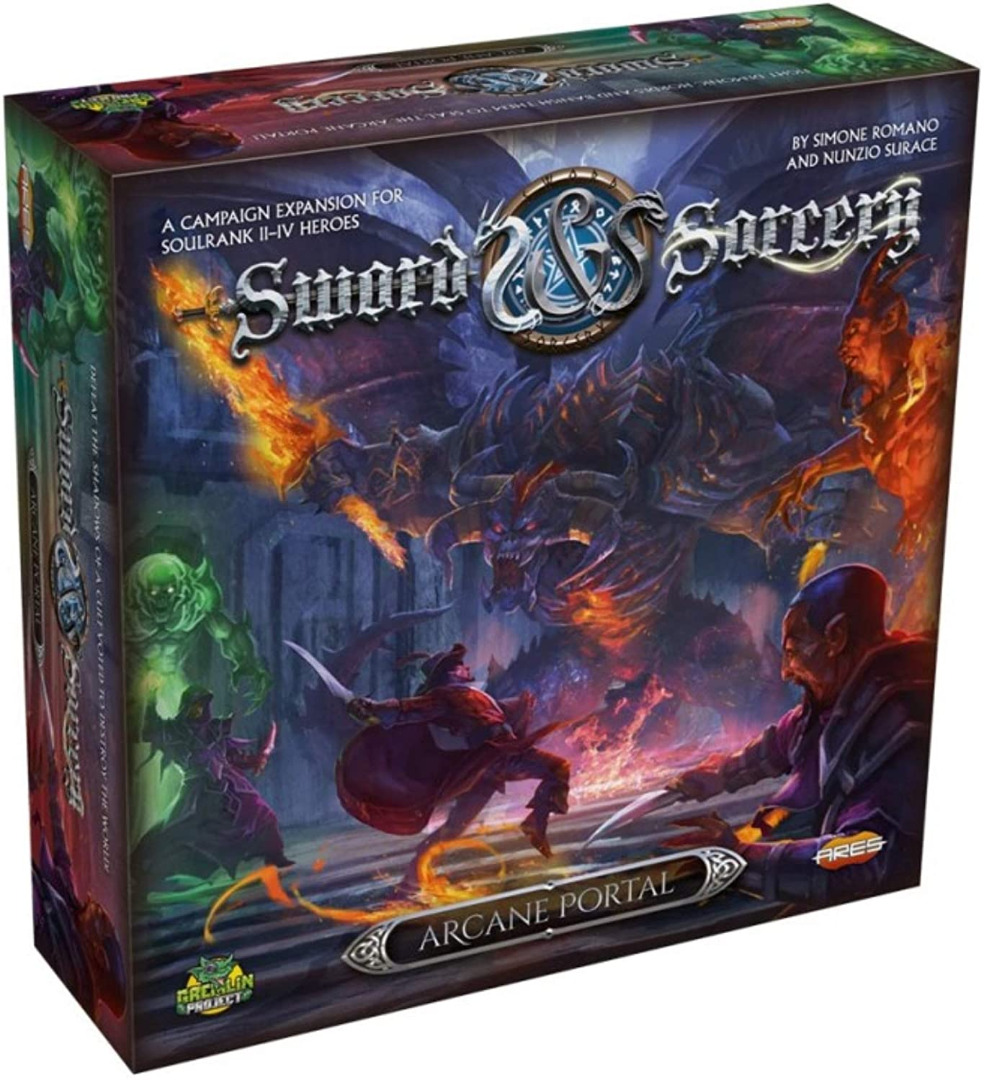 From the depths of the abyss, new, infernal enemies are summoned to bring chaos and death to the Talon Coast! Create new legendary tales by fighting and banishing them to save the realm.

In Sword & Sorcery® Arcane Portal, the heroes’ path brings them to the slopes of the majestic and imposing Thunder Mountains. Drawn by whisperings of a cult trying to end the world, the heroes are challenged by a shadow of nameless fears...

Continue the epic campaign you started in Sword & Sorcery® — Immortal Souls with the perilous quests of this expansion, introducing new, dreadful enemies - especially designed to interact with each other to defeat any hero who dares to cross their path!