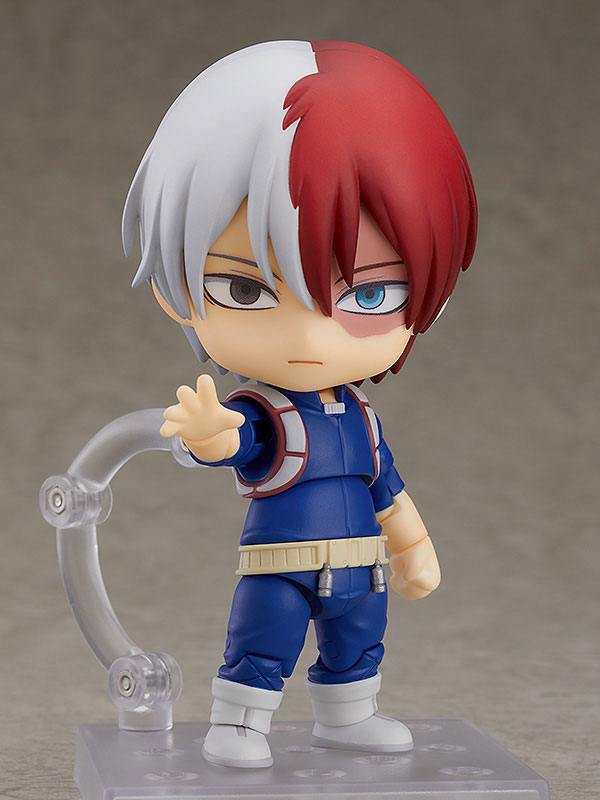 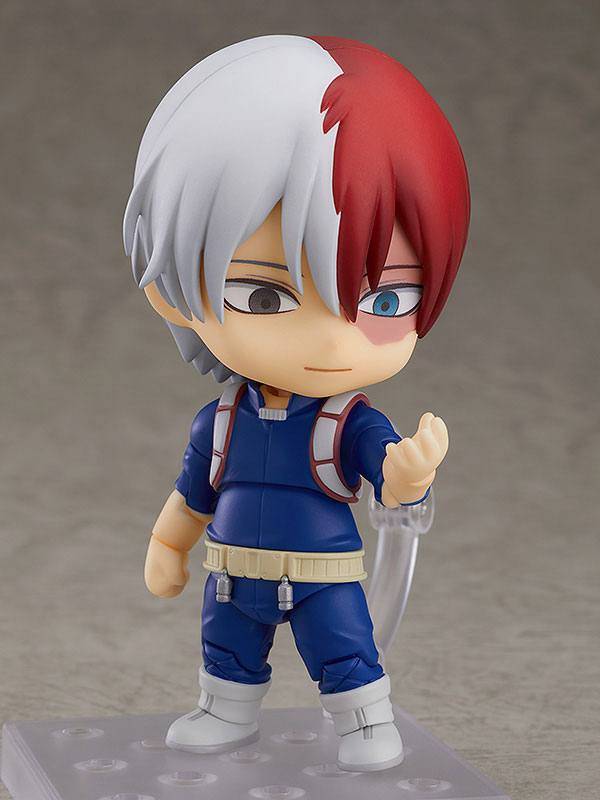 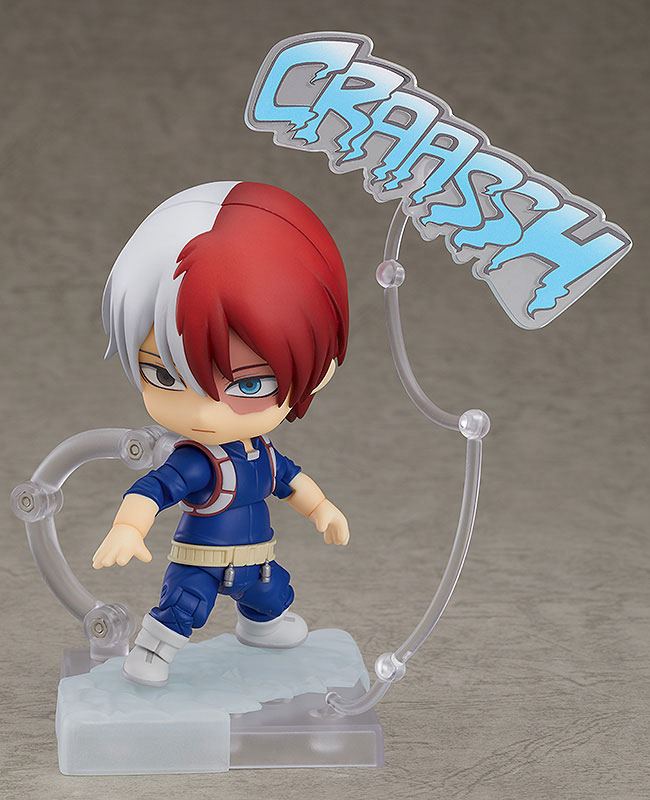 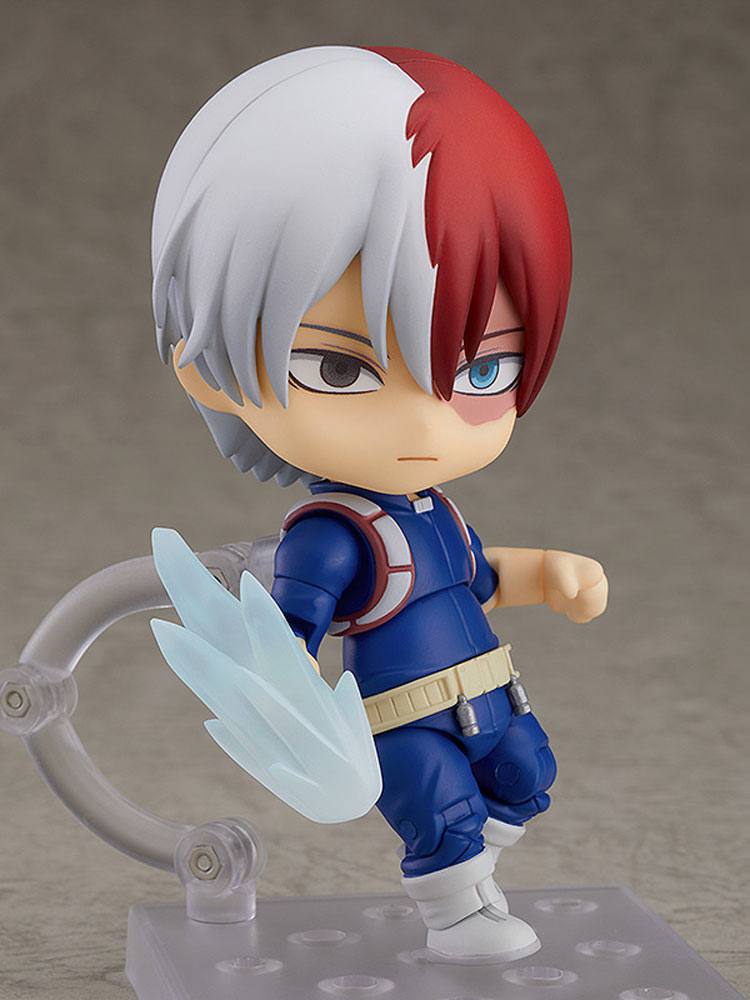 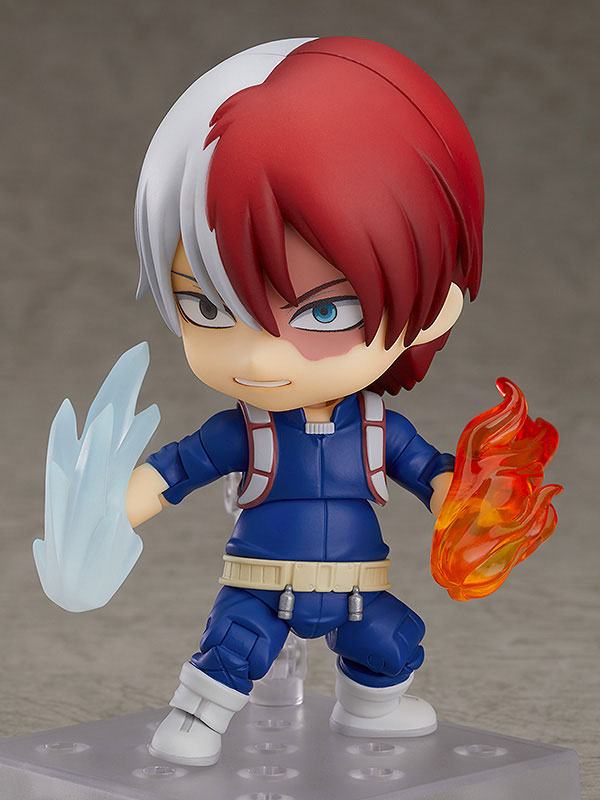 From the popular anime series "My Hero Academia" comes a Nendoroid action figure of one of the main character Deku's rivals, Shoto Todoroki! He comes with three interchangeable face plates including his calm and composed standard expression, his combat expression for when he's fighting with all he's got and his smiling expression from when he began to accept the left side of his Quirk.

His hero costume has been faithfully recreated in Nendoroid size. He comes with fire and ice effect parts along with ice floor effect parts to recreate his 'Half-Cold Half-Hot' Quirk. A "CRAASH" text plate is also included to create action-filled poses