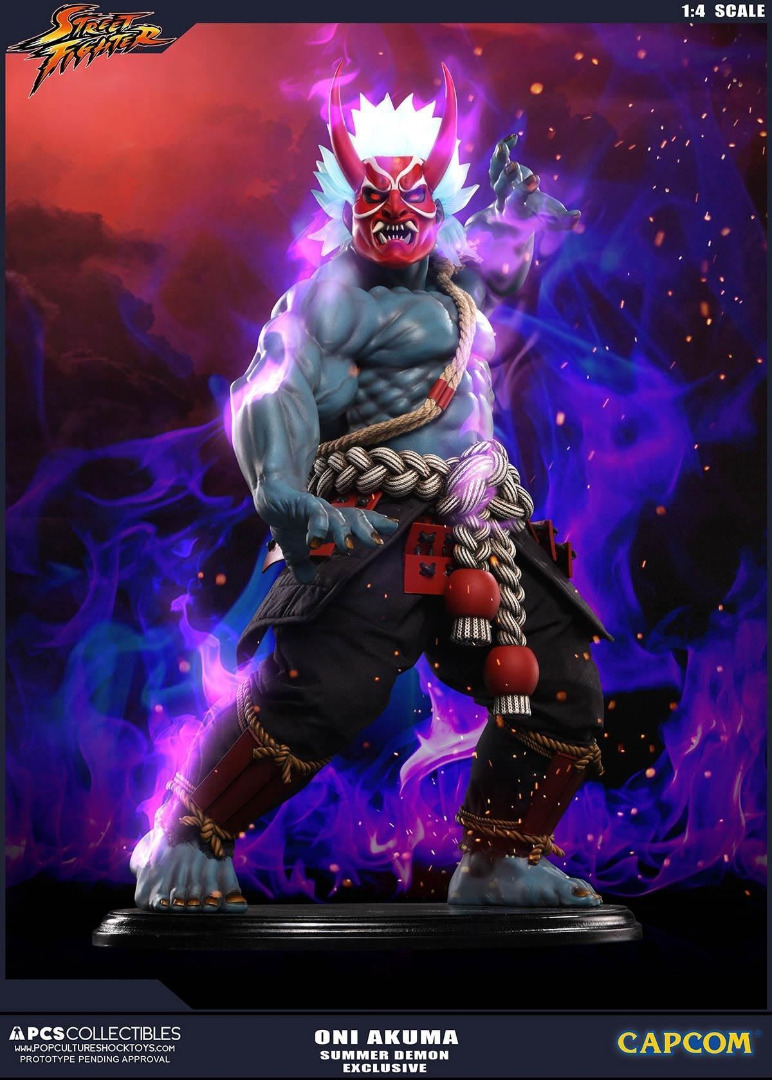 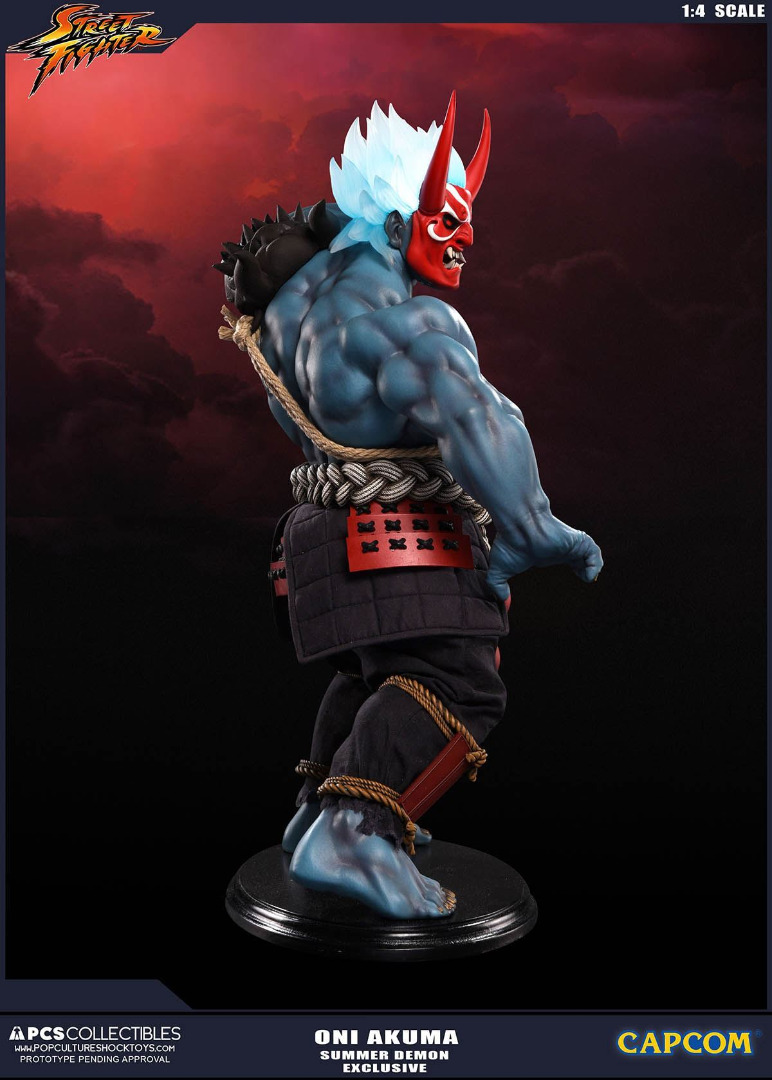 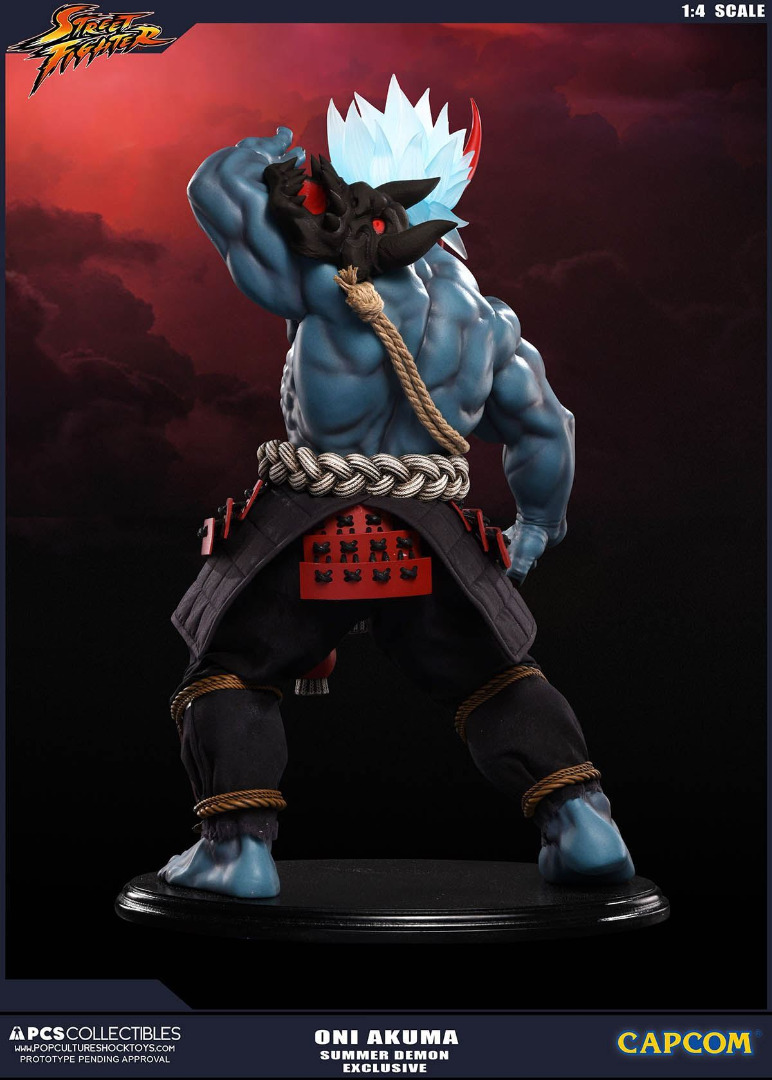 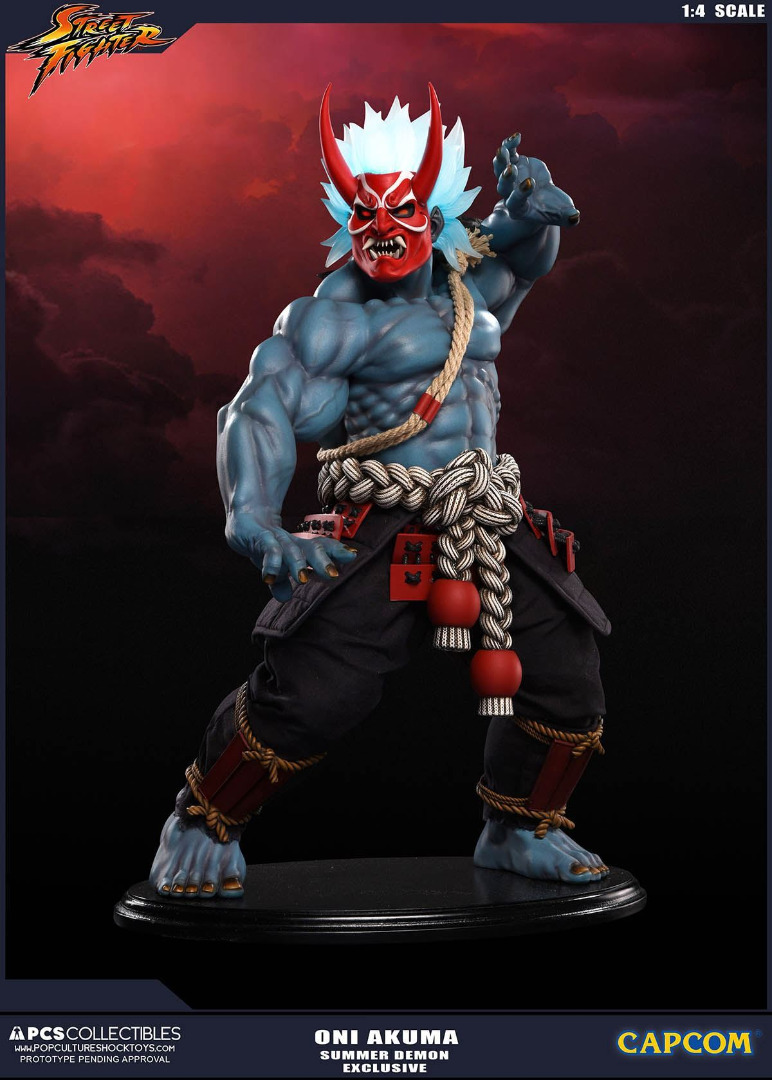 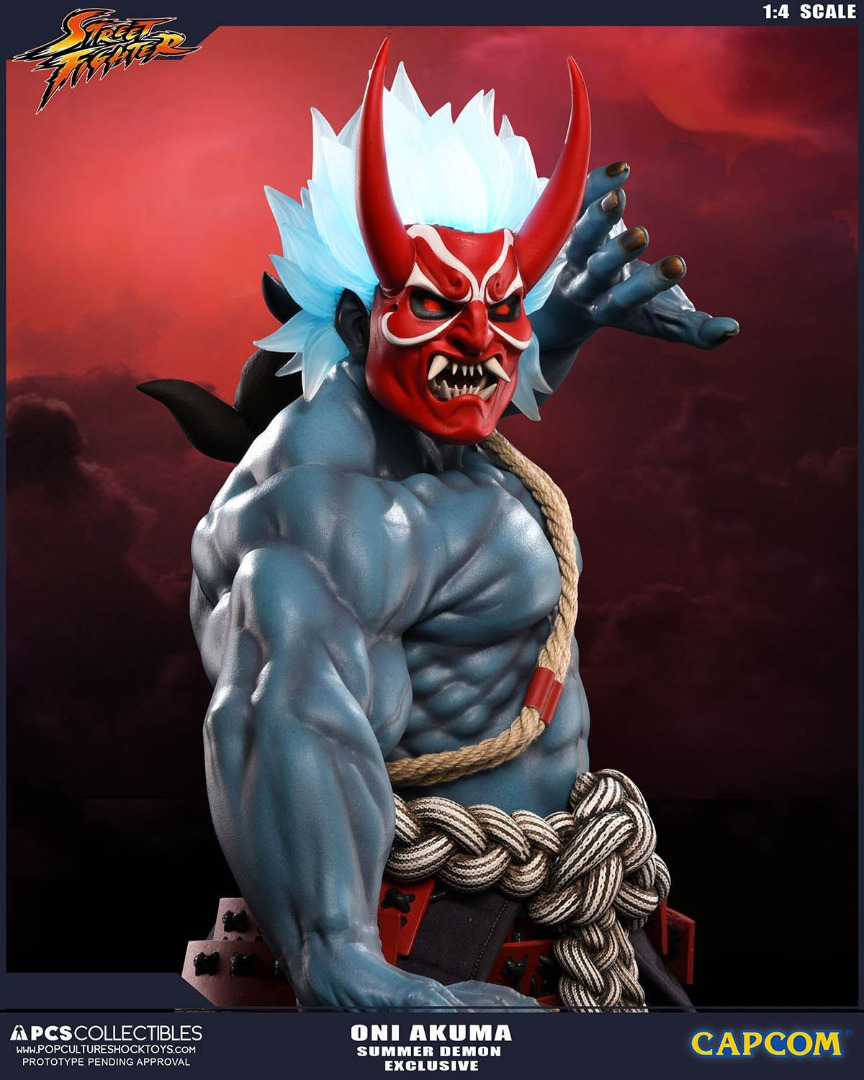 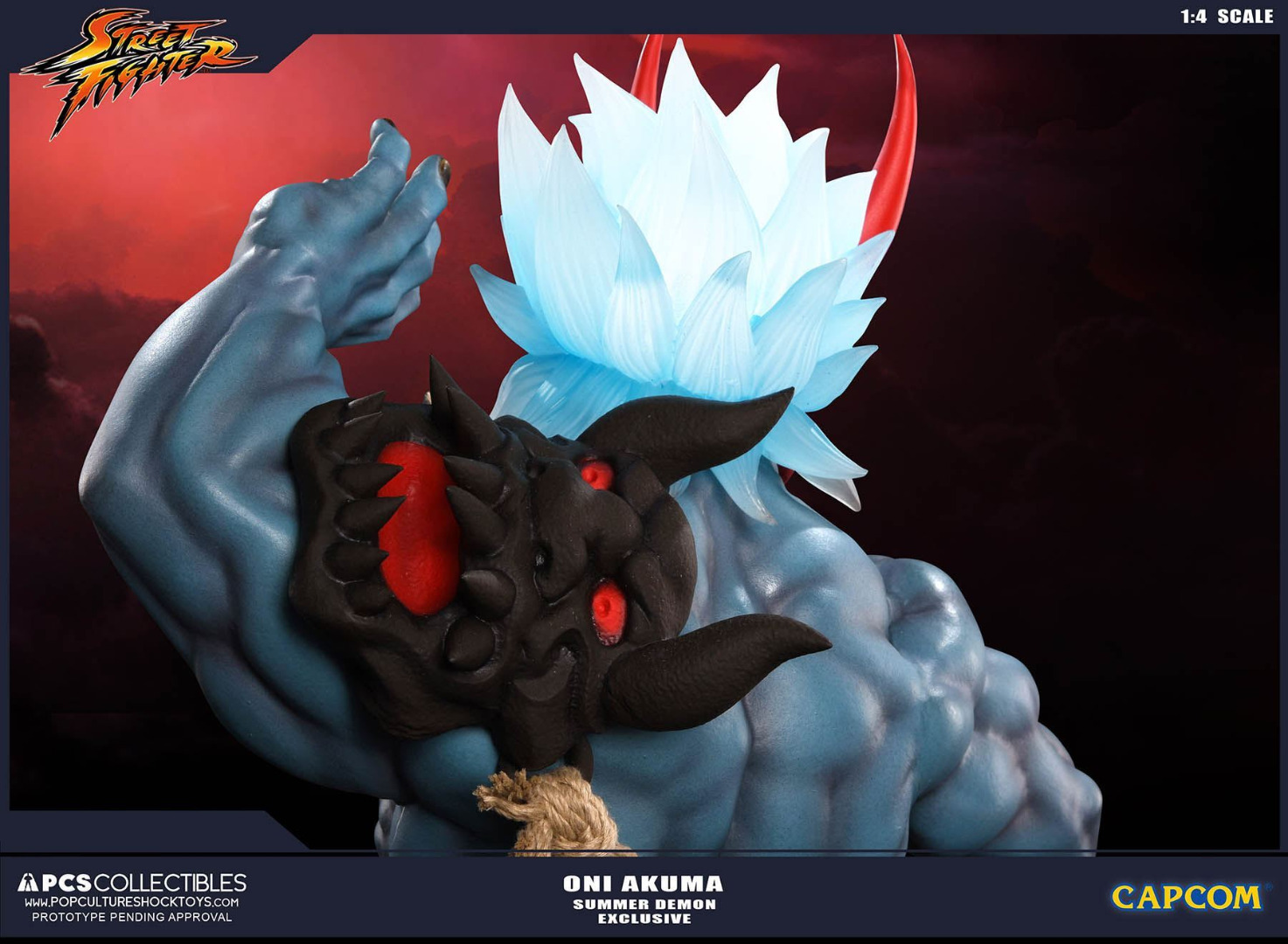 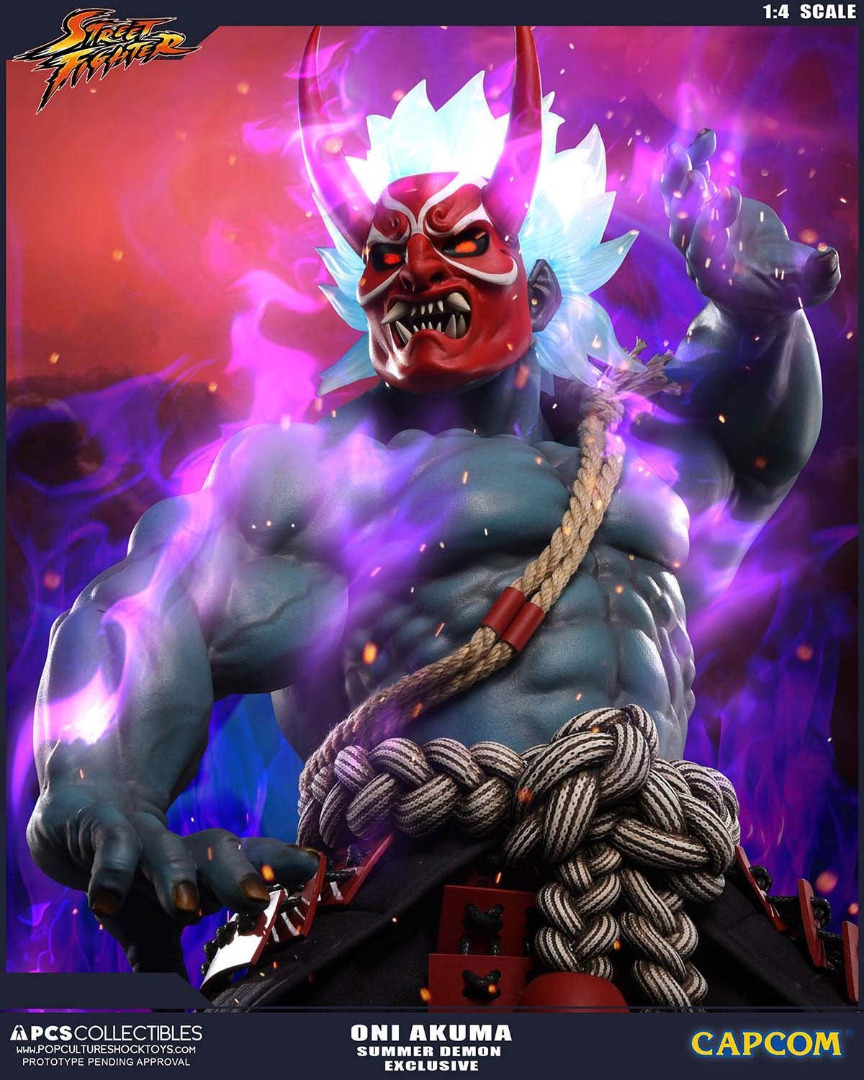 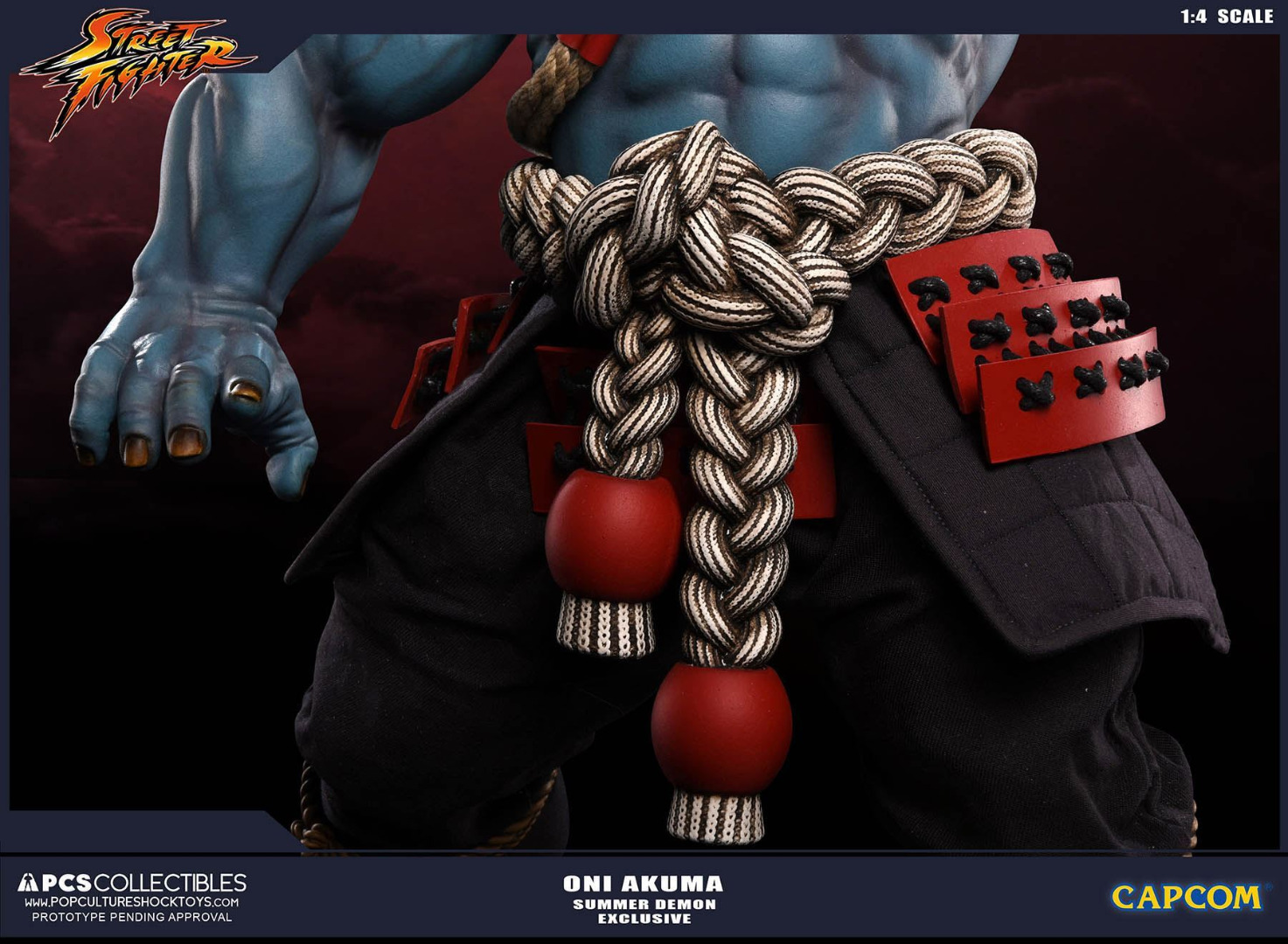 “I shall grind beneath my heel all that exists.”

Completely consumed by the murderous intent of the Satsui no Hado, the entity once known as Akuma has many names. Comprised purely of fighting essence, he has become everything his brother Gouken once warned him about, devoid not just of honor and fighting code, but human physicality and emotion entirely.

Human no more, he is Kuruoshiki, man ascended to Godhood, an appraisal the wisest tournament combatants have accepted as truth. He is chaos personified, the eye of the hurricane, the heart of the volcano.

Retaining the Ansatsuken techniques he had mastered in his Earthly shell, Oni’s attacks ripple with superheated energy, more destructive than ever. Brutal and relentless, he believes all life beneath him and thus undeserving of mercy. He will destroy any and all opponents in his path, regardless of health or ability, every fight a fight to the death.

“Oni is Akuma, but not Akuma. He’s the Devil in an Akuma suit, a force of nature,” says Jerry Macaluso, President of Pop Culture Shock Collectibles. “When he debuted in Street Fighter IV, we were well deep into our statue line, having produced many of the most popular characters. Of course, everyone has their favorite fighter and there were still plenty more to chose from, but it didn’t matter. From the moment the fans saw Oni, he became the #1 most requested character we’ve ever had, hands down, and I’m glad we can finally do him justice.”

Fans and gamers themselves, Pop Culture Shock’s expert craftspeople understood the desire to bring the perfect Oni home, and how much scrutiny he would face. A beast of a fighter deserved a beast of a statue, and the PCS artisans would settle for nothing less.

The results of their efforts are simply astonishing. Rendered in high-quality polystone, complete with trademark glowing hair and eyes, he seems to have erupted from the game full of fire and wrath.