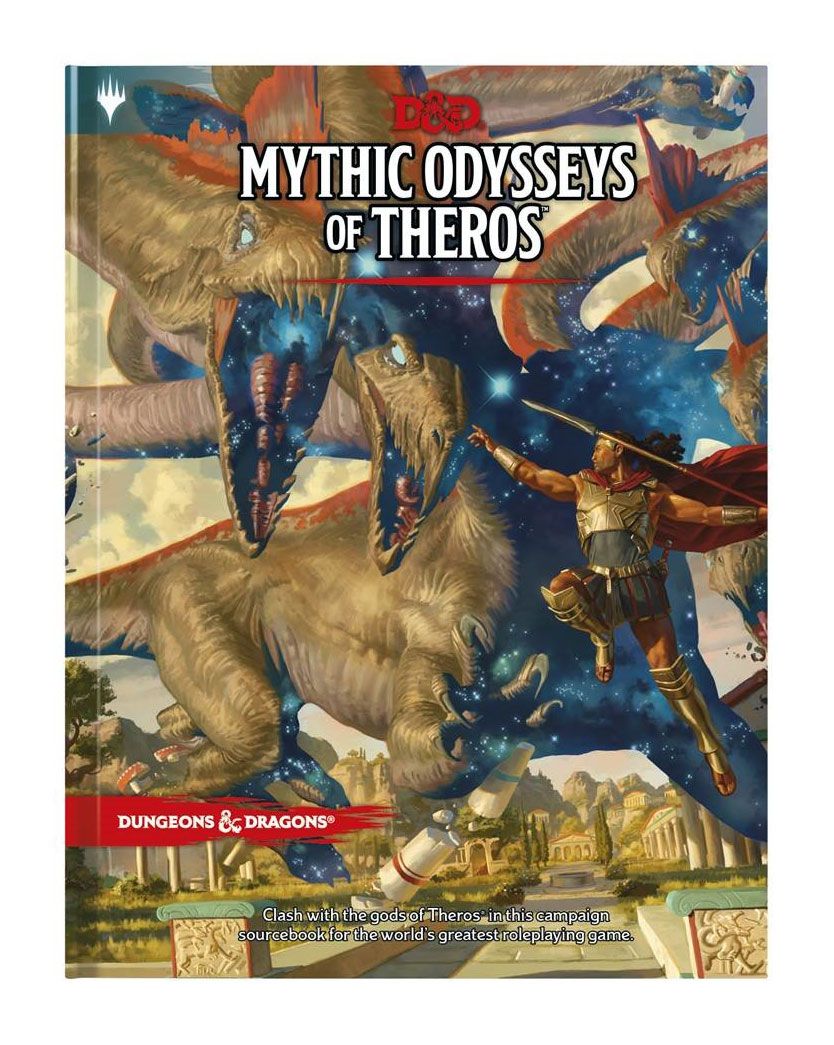 Play Dungeons & Dragons in the Magic: The Gathering world of Theros-a realm shaped by the wrath of gods and the deeds of heroes, where champions vie for immortal favor and a place among legends.

- Rise above the common throng with supernatural gifts, abilities that give you remarkable powers that set you on the path to legend.
- Explore Theros as a satyr or leonin-mythic cat-like heroes from Magic: The Gathering. Mythic Odysseys of Theros introduces these races to fifth edition D&D for the first time.
- Master new powers with Magic: The Gathering-inspired subclasses like the Bard's College of Eloquence and the Paladin's Oath of Heroism.
- Encounter mythic monsters, creatures whose power and renown are such that their names are truly living myths.
- Wield the weapons of the gods-five signature artifacts used by Theros's deities.