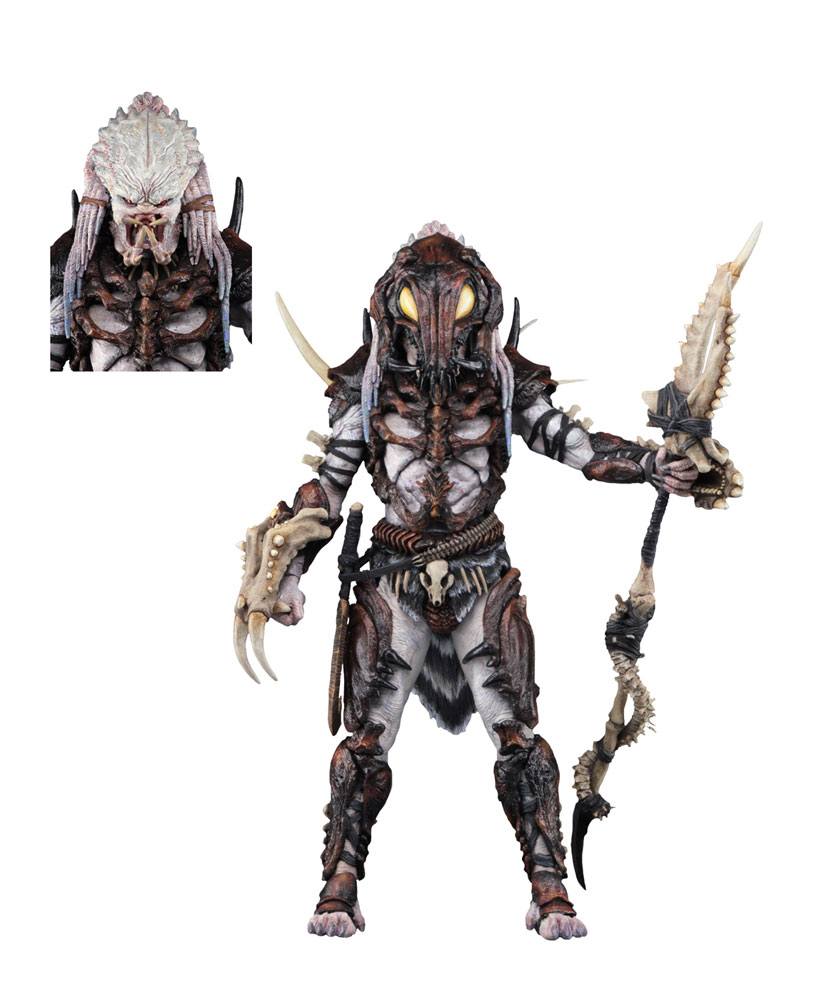 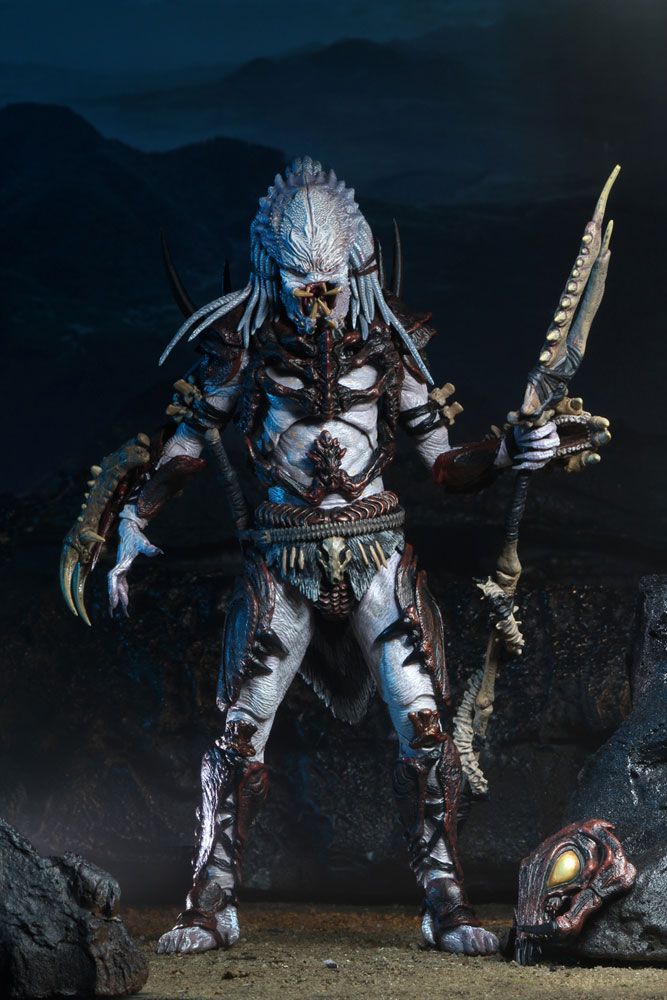 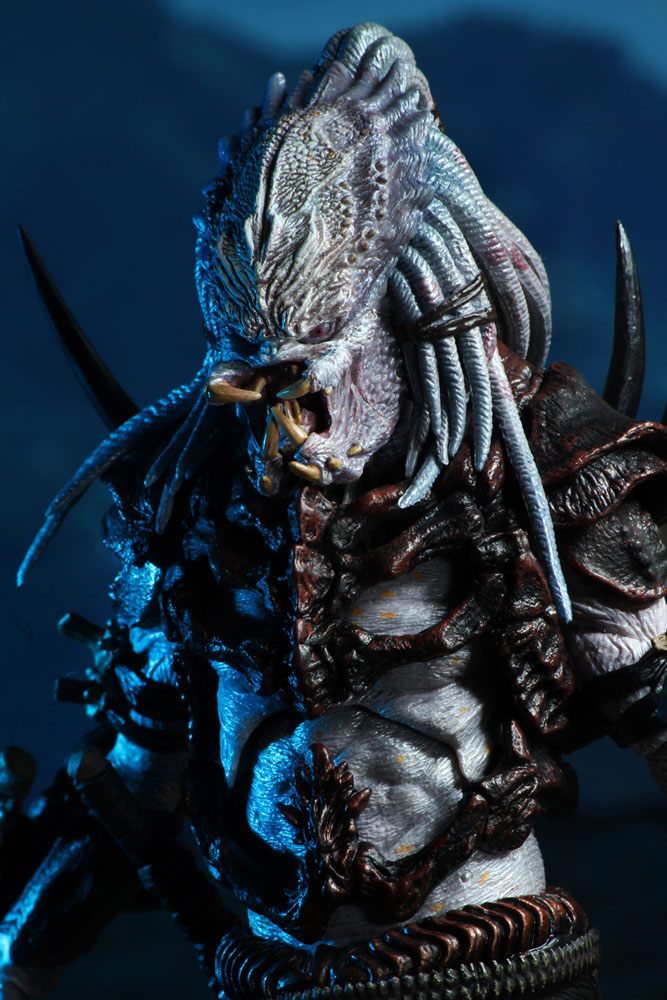 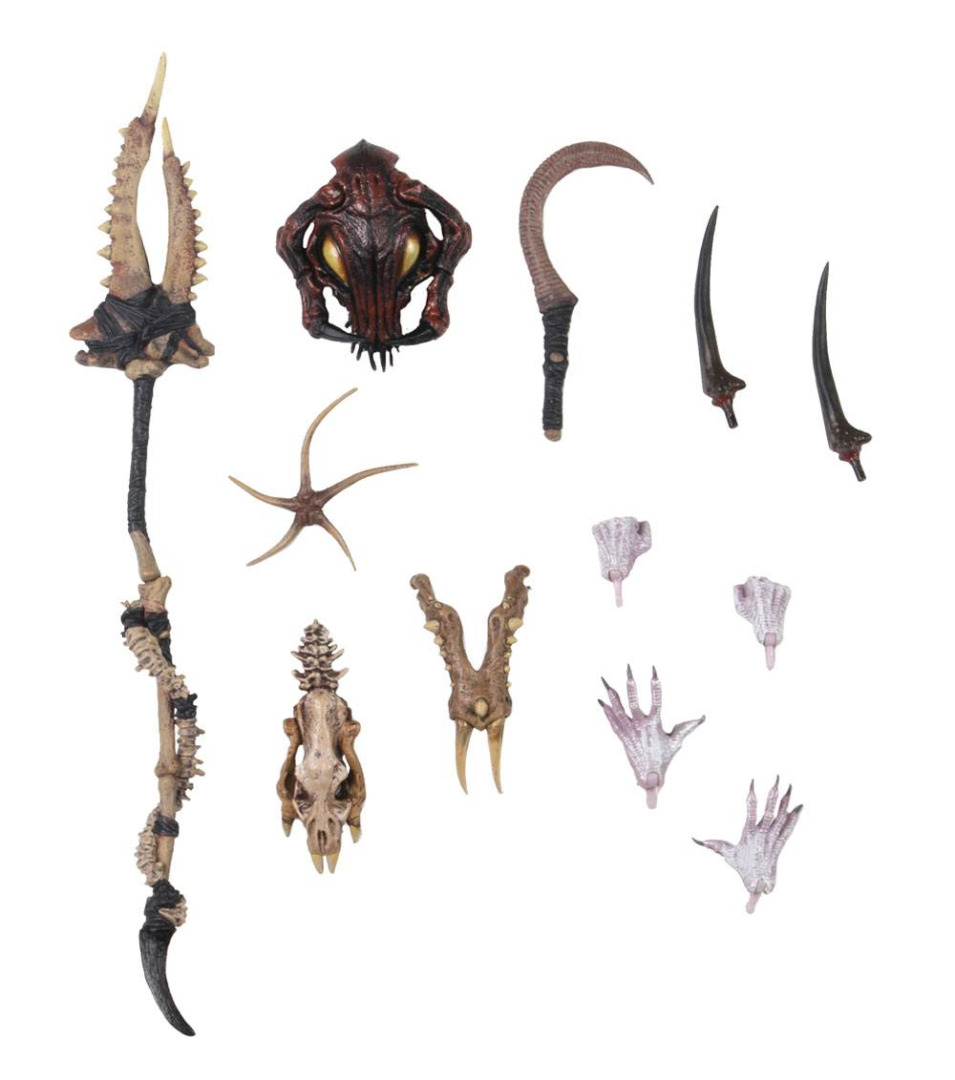 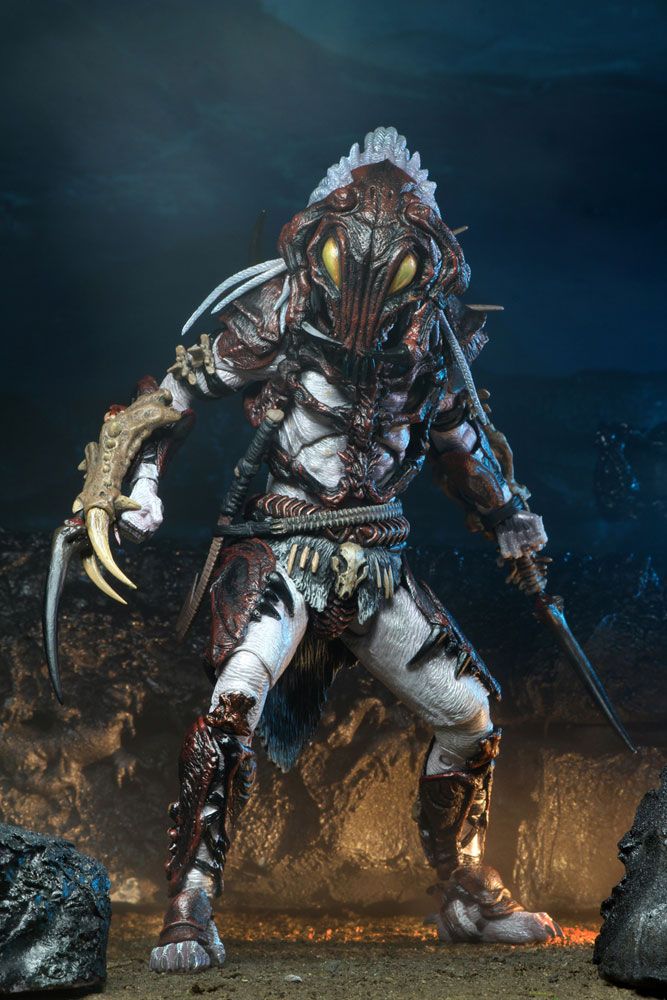 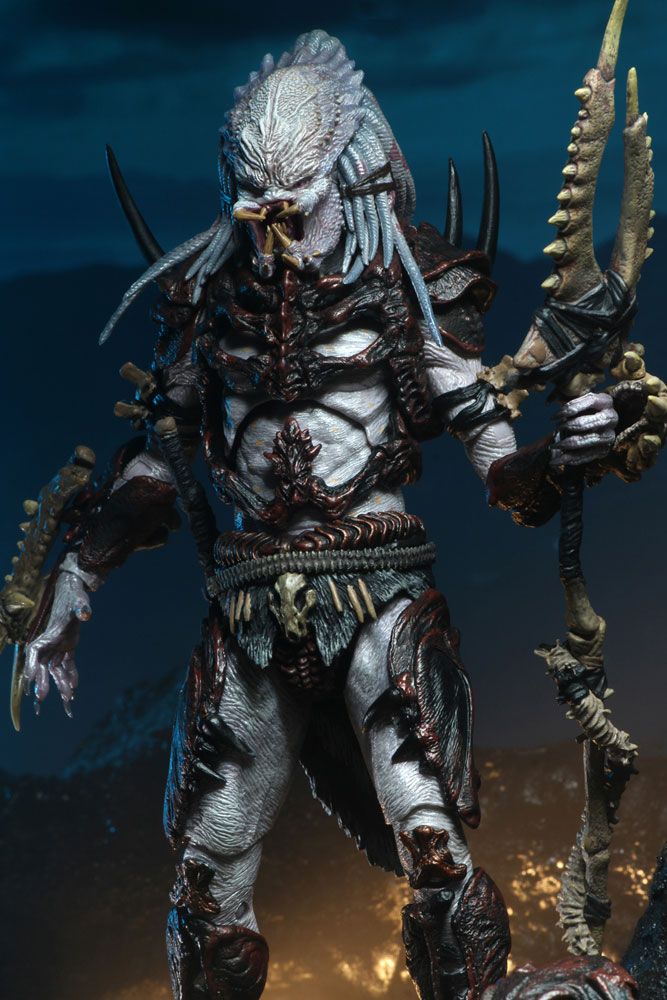 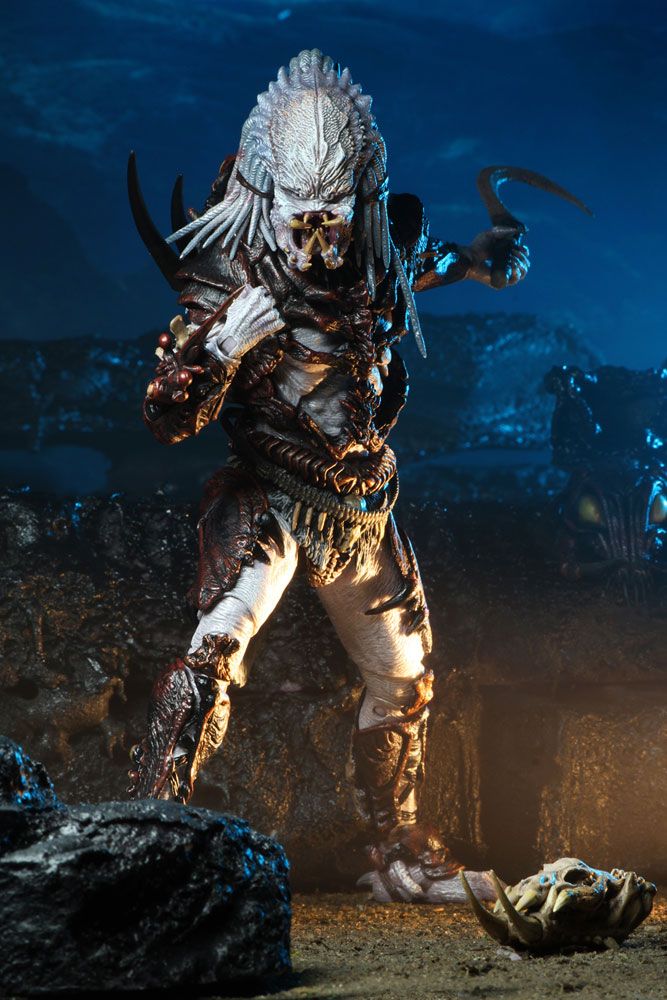 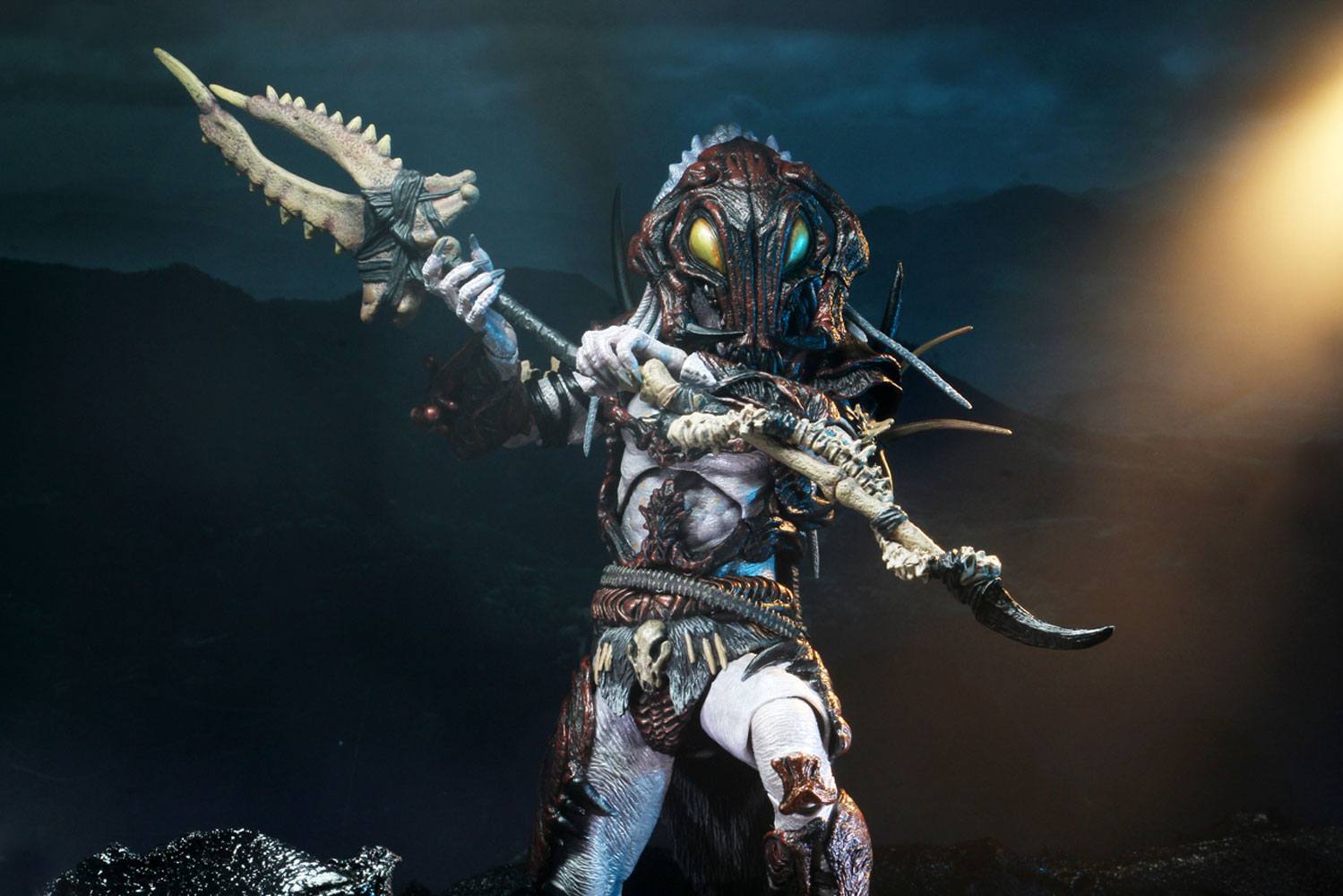 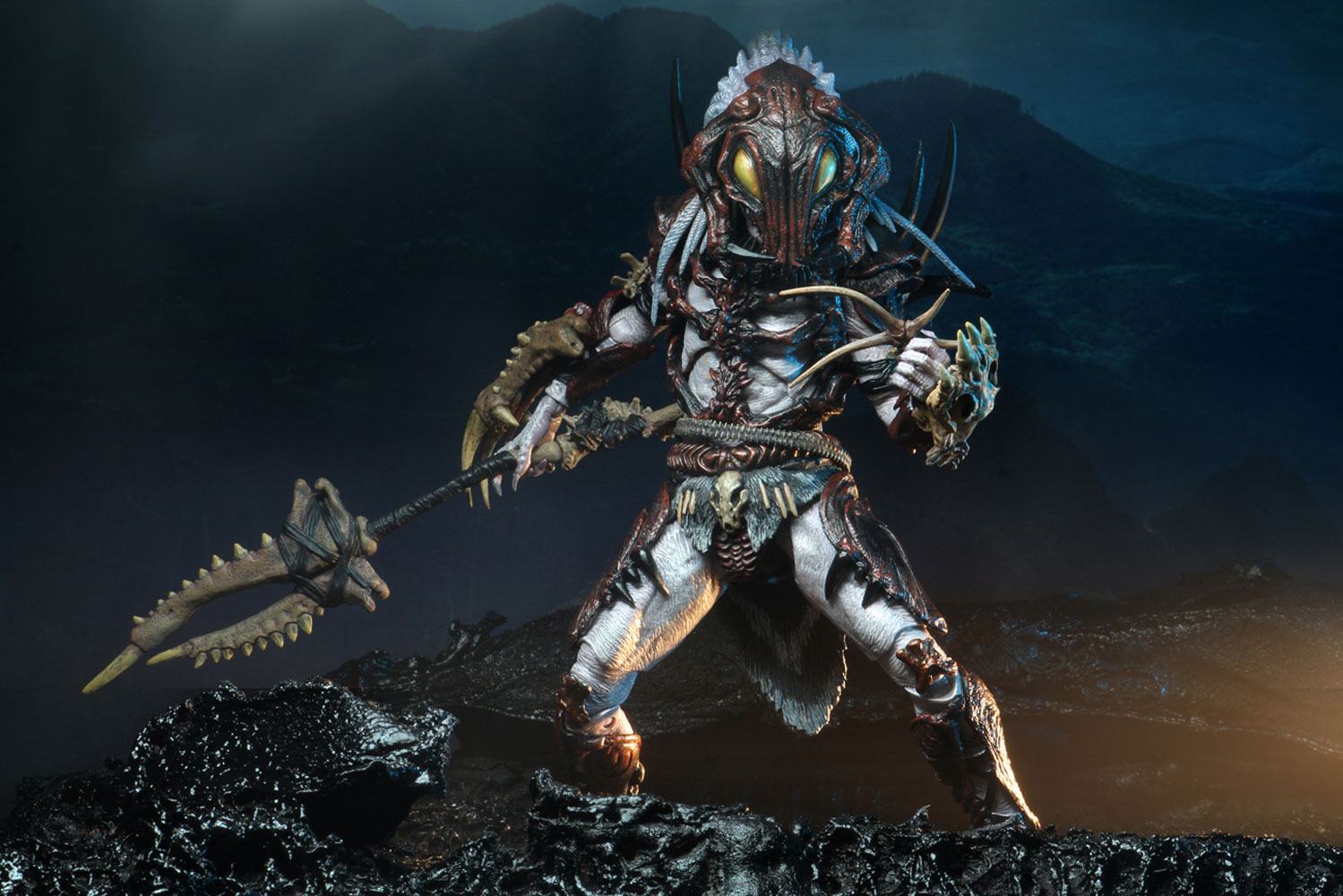 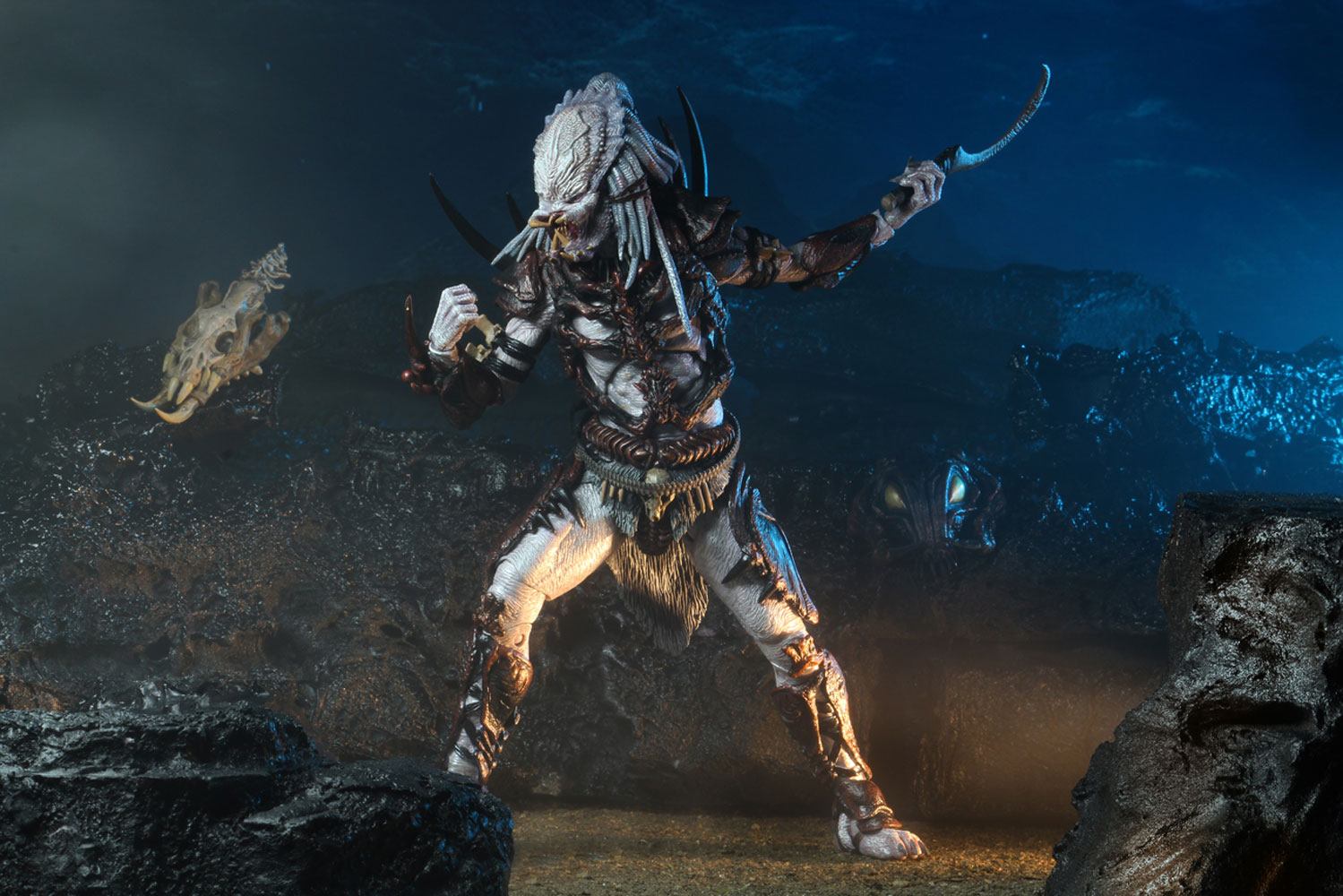 To commemorate the release of over 100 different Predator figures comes the very first original design and concept by NECA, the Alpha Predator!

In place of the traditional tech, gadgets, and armor worn by other yautja, the Alpha's attire takes on a more insect-like appearance; a subtle homage to the original 1987 Predator design. Standing 20 cm tall with over 30 points of articulation, the Ultimate Alpha Predator is an entirely new sculpt kitted out with an array of accessories including a removable mask, hook, gauntlets, and 3 pairs of interchangeable hands. Classic Predator weapons such as the wrist blades, staff, and shuriken, have been reimagined to fit his unique theme.