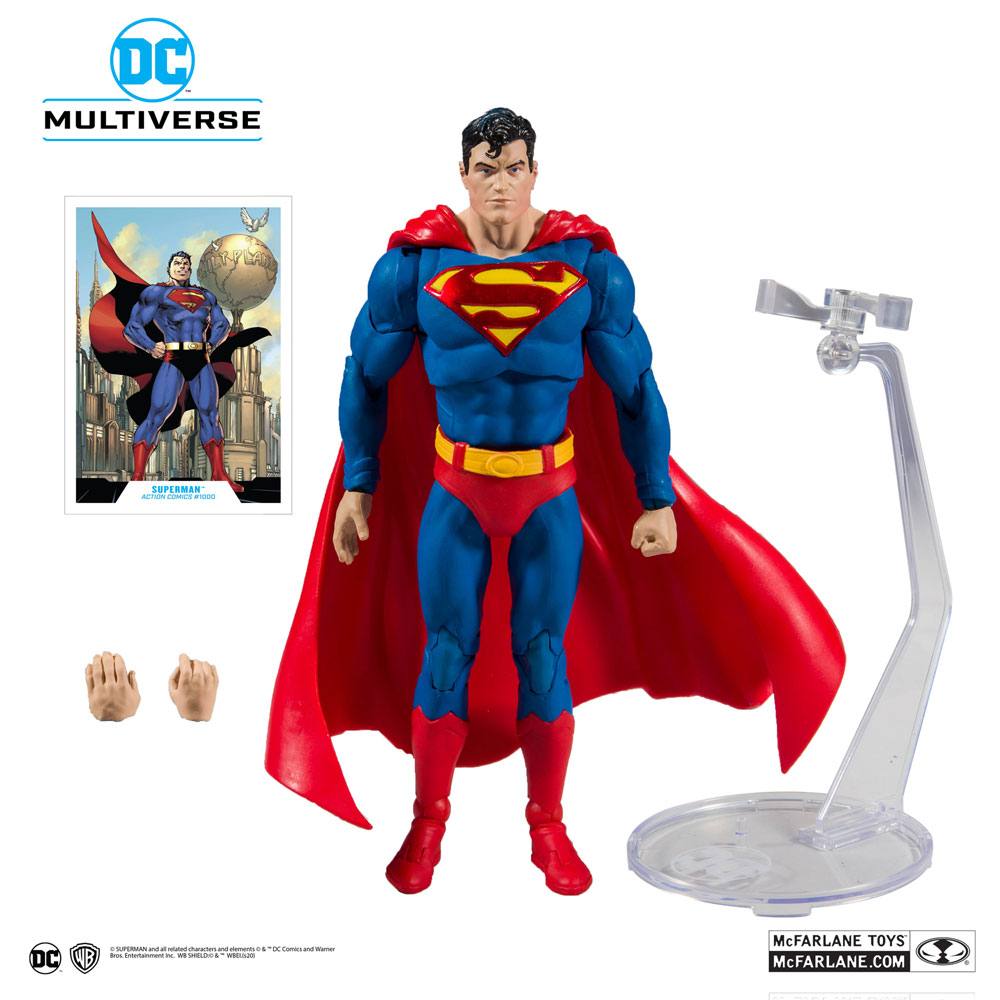 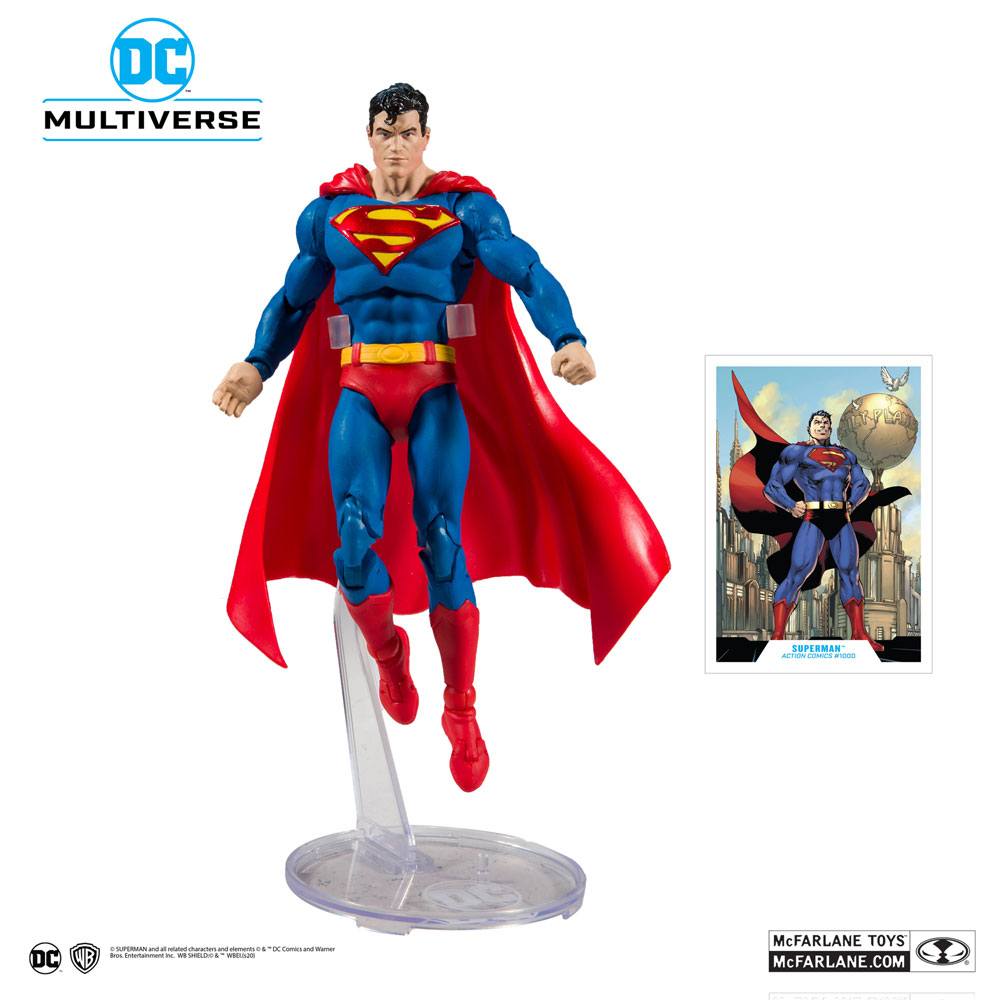 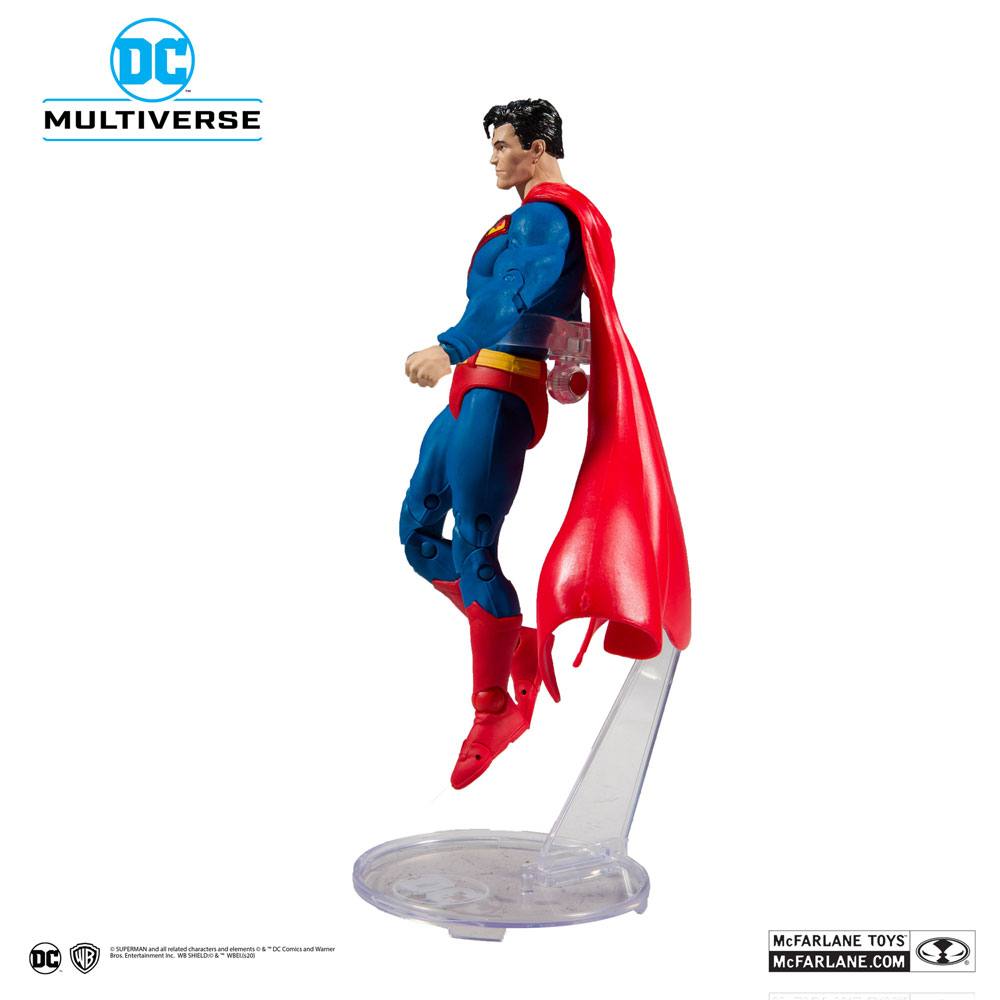 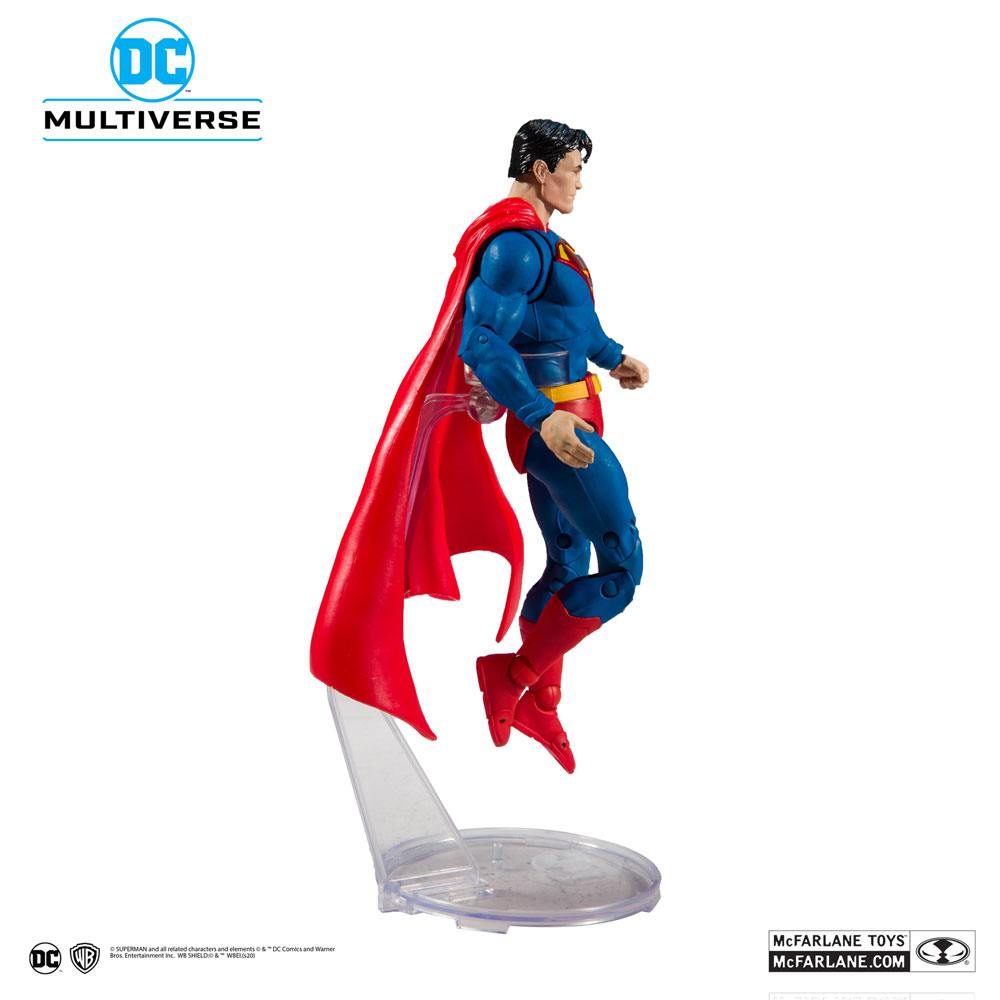 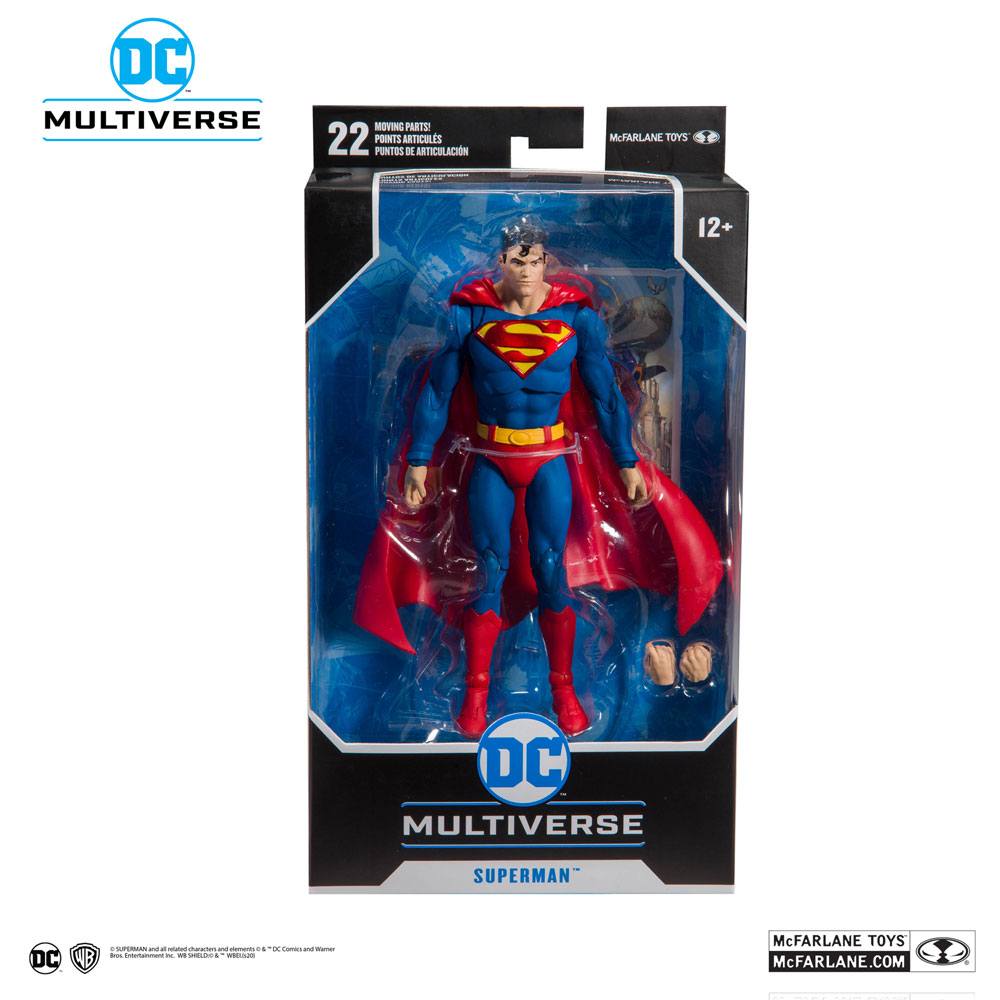 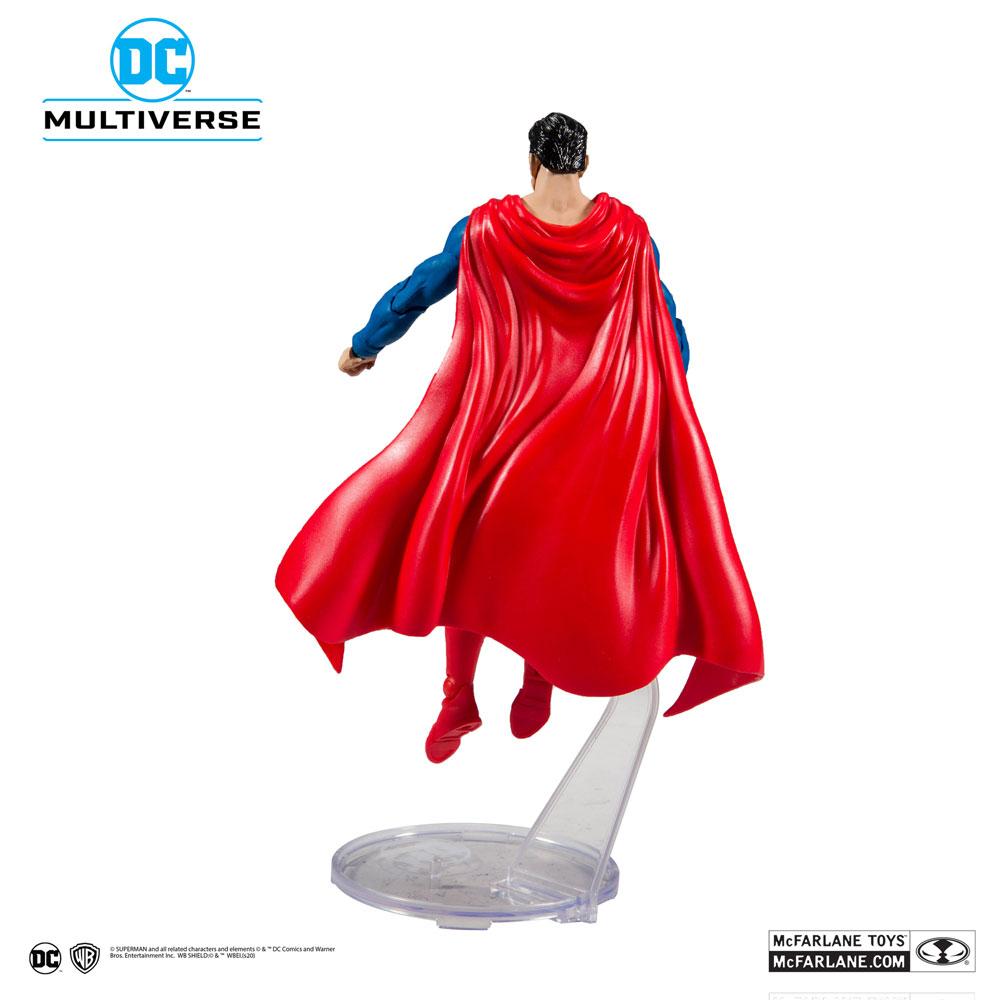 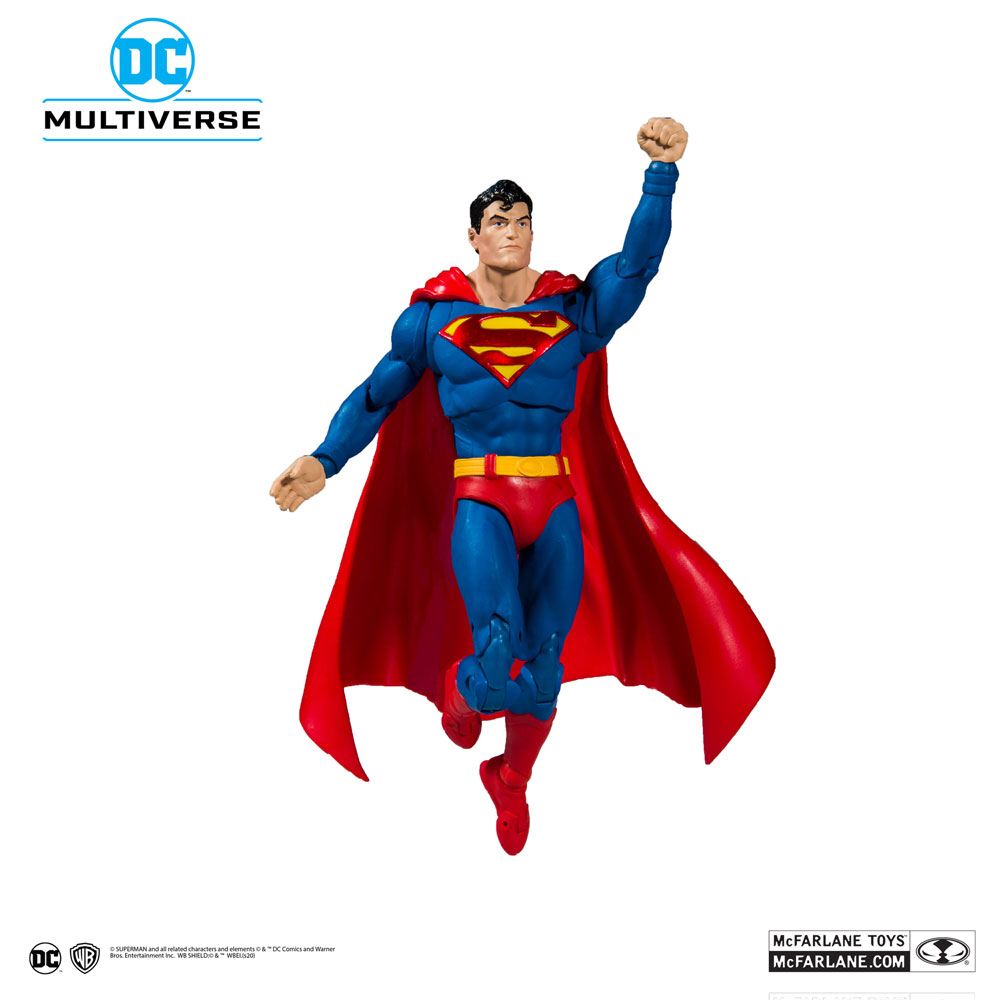 Straight from the "DC Rebirth" comic comes this highly detailed action figure. It stands approx. 18 cm tall and comes with accessories and base in a collector edition window box.

Sent to Earth from the dying planet of Krypton as a baby, Kal-El was found by farmers Martha and Jonathan Kent and raised as their son, Clark. As Clark grew up, the radiation from Earth's yellow sun gave him extraordinary powers, which he kept hidden. Now fully grown, he uses his powers to protect his adopted world as Superman. The Man of Steel is virtually invulnerable and has the powers of super-strength, super-speed, and flight. He also has enhanced senses, including heat vision, X-ray vision, super-hearing, and super-breath.

- Incredibly detailed 7" scale figures based off the DC Multiverse
- Designed with Ultra Articulation with up to 22 moving parts for full range of posing and play
- Figures are showcased in DC themed window box packaging
- Superman figure based on the DC Rebirth Comic
- Superman accessory includes a flight stand for 360-degree aerial figure posing
- Included collectable art card with DC Rebirth Superman artwork on the front, and character biography on the back