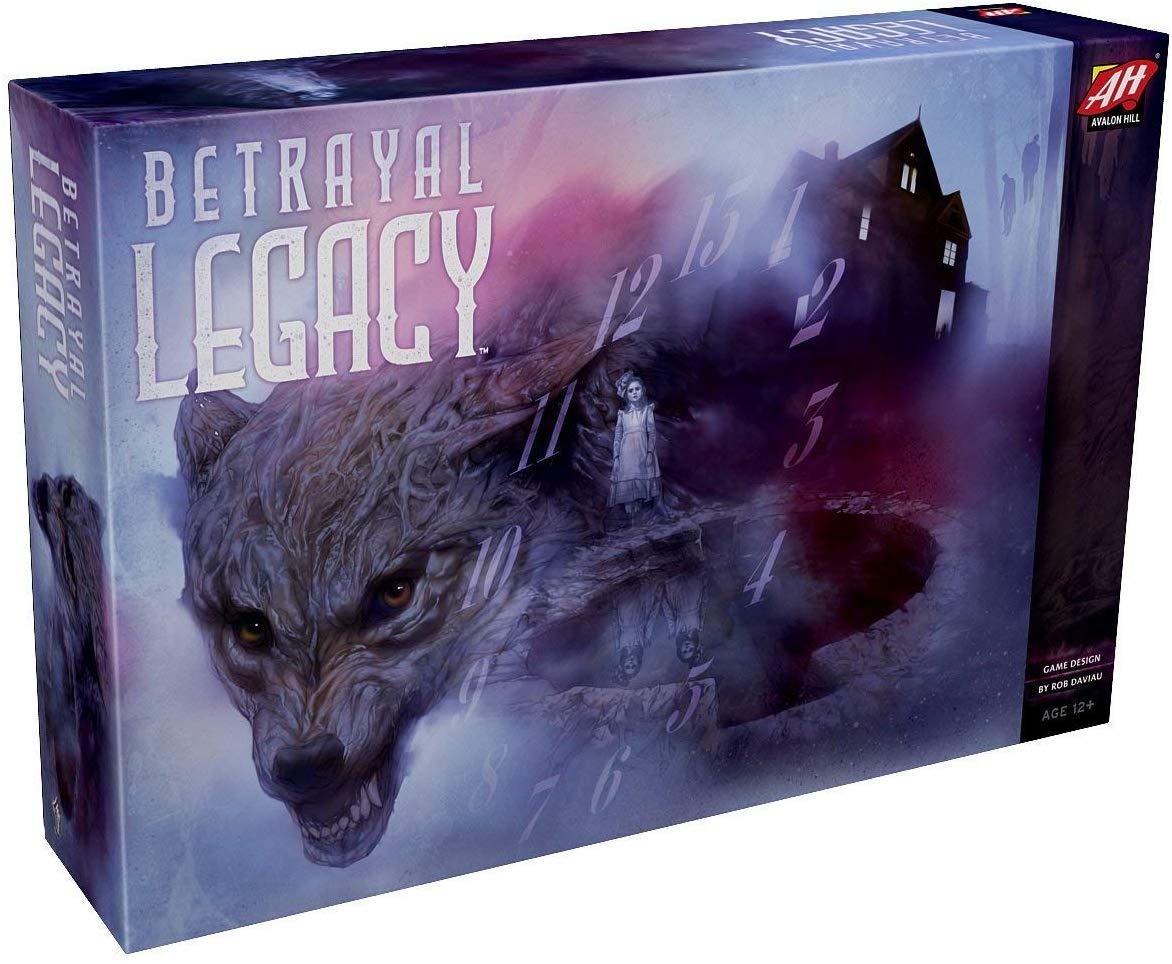 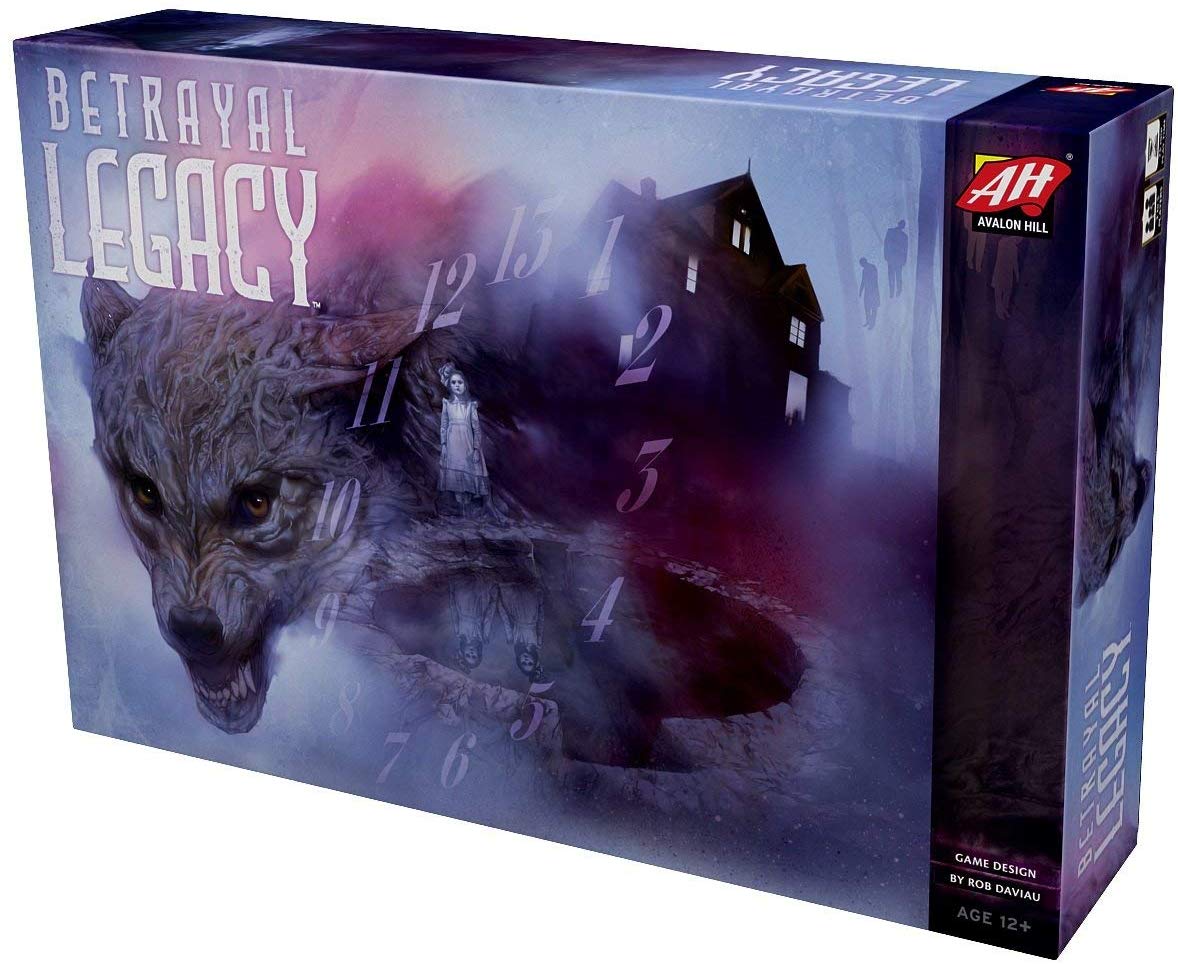 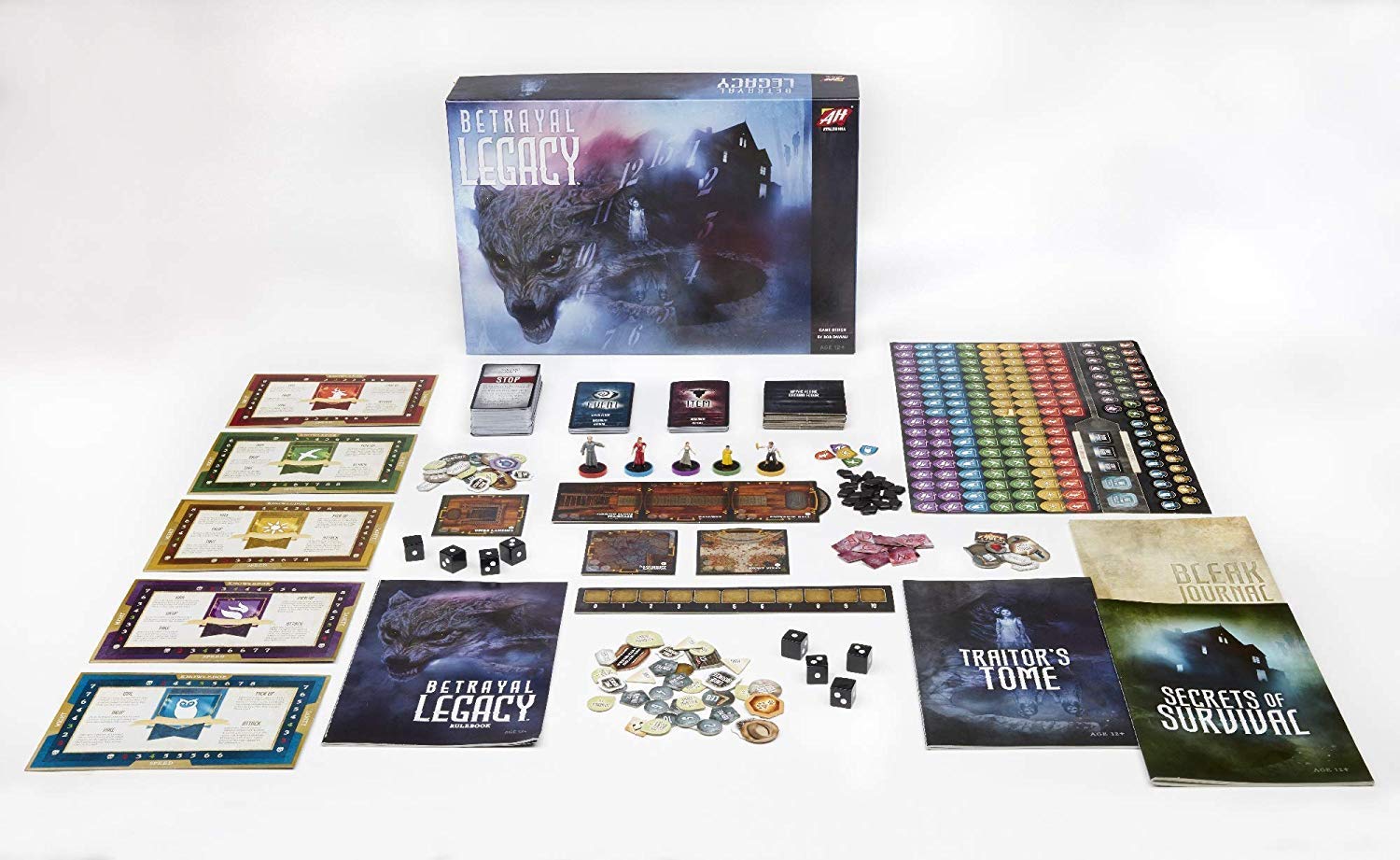 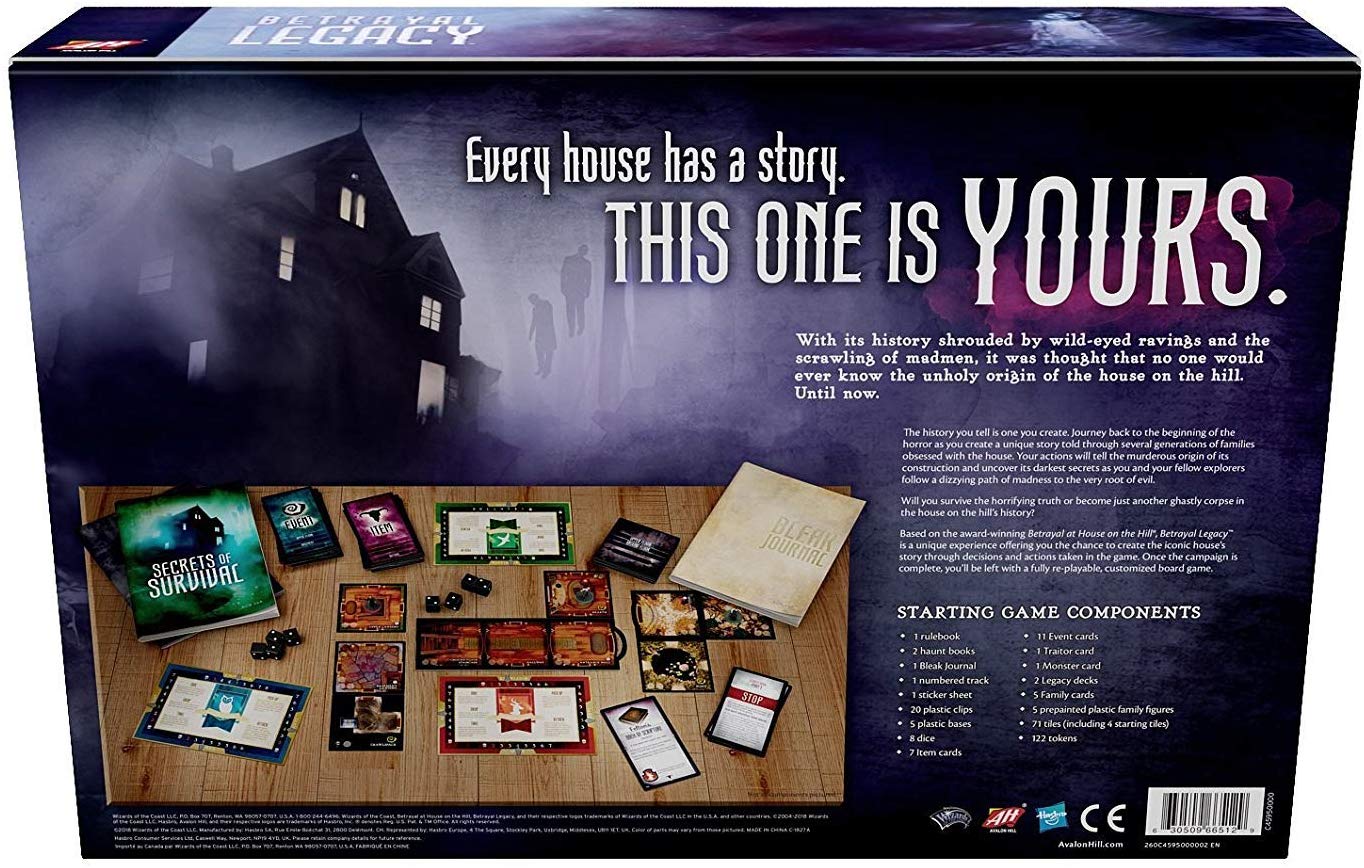 Every house has a story. This one is yours. With its history shrouded by wild-eyed ravings and the scrawling of madmen, it was thought that no one would ever know the unholy origin of the house on the hill. Until now. The history you tell is one you create. Journey back to the beginning of the horror as you create a unique story told through several generations of families obsessed with the house. Your actions will tell the murderous origin of its construction and uncover its darkest secrets as you and your fellow explorers follow a dizzying path of madness to the very root of evil. Will you survive the horrifying truth or become just another ghastly corpse in the house on the hill's history? Based on the award-winning Betrayal at House on the Hill, Betrayal Legacy is a unique experience offering you the chance to create the iconic house's story through decisions and actions taken in the game. Once the campaign is complete, you'll be left with a fully re-playable, customised board game.

Betrayal Legacy is a semi-cooperative campaign board game that tells an overarching story of the House on the Hill incorporating the actions and choices of the players.

Over the course of the campaign, the game is permanently altered until players are left with a fully customizable, re-playable board game version of the critically-acclaimed Betrayal at House on the Hill.

Fans of the original Betrayal at House on the Hill will enjoy this fresh take on the classic game, however, there’s no previous experience is necessary to play—even players new to the brand can jump in, explore, and affect the spooky history of the legendary House on the Hill.

An unlikely group enter a mysterious mansion. This place is haunted, touched by shades of evil that only you can discover. All who enter will be lucky to escape alive after one of the group turns on the rest!

From designer Rob Daviau, pioneer of the 'Legacy' genre, comes Betrayal Legacy: a decades-spanning horror story told in a prologue and 13 chapters. Players explore the mansion and fight off a huge variety of terrors, with the events of each game permanently affecting those that follow it.

In each game, as the years pass, you'll discover new room tiles that expand this strange house. The unique events of your game will mark those rooms in mysterious ways and change future games.

In each game, as the years pass, you'll discover new room tiles that expand this strange house. The unique events of your game will mark those rooms in mysterious ways and change future games.