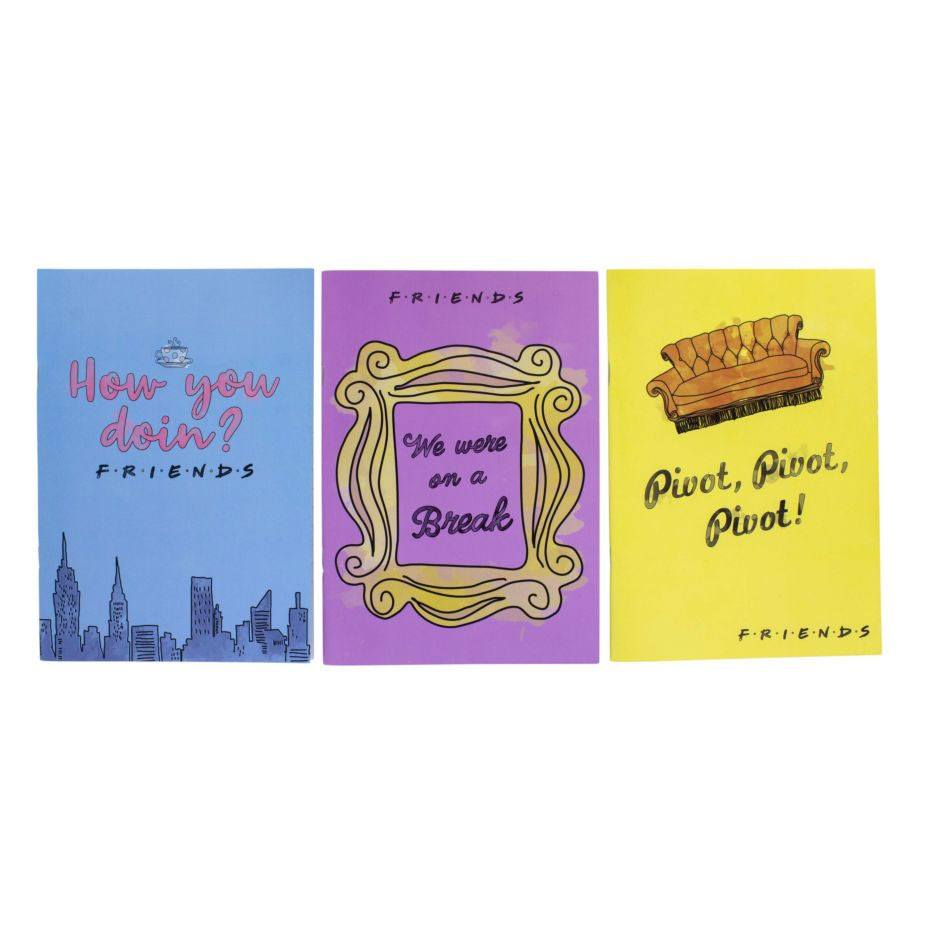 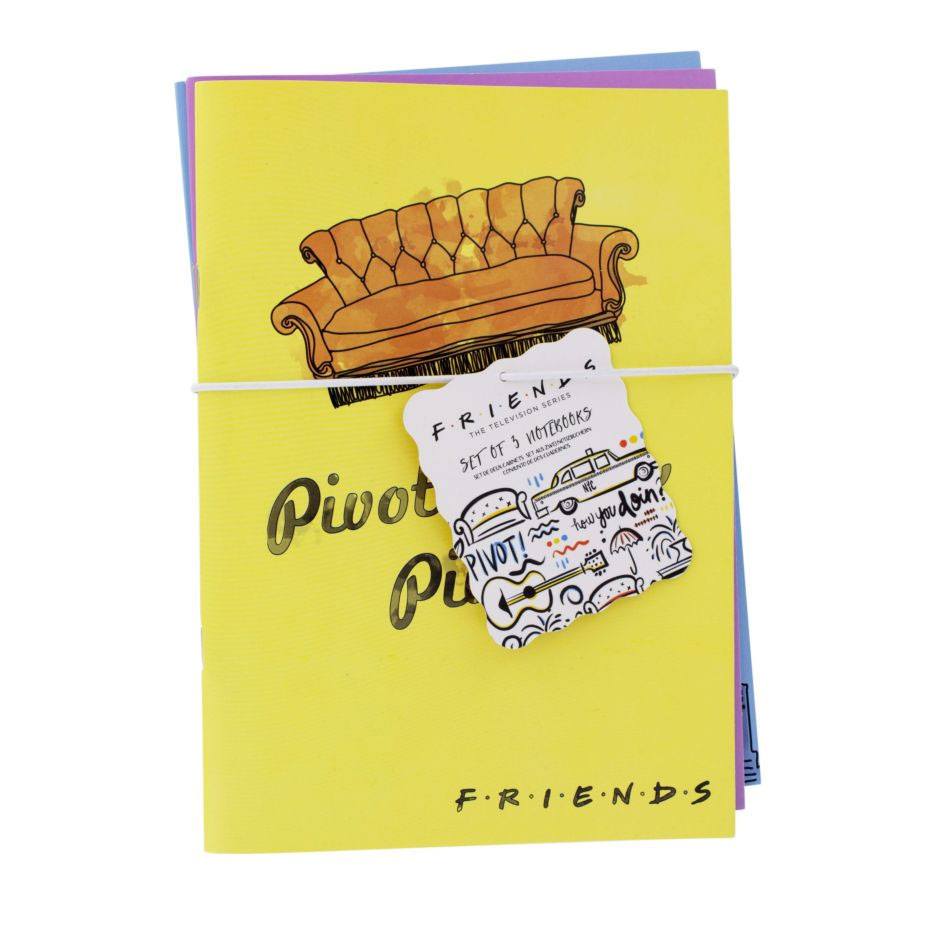 Stay organised and always have somewhere to jot down your notes with these fun, nostalgic Friends Notebooks. This set of three lined notebooks are nice and colourful and feature the iconic Friends logo on their cover. They also feature three different popular phrases from the show - 'We were on a break', 'Pivot, Pivot, Pivot!', and 'How you doin?'. Perfect for use at home, at work, or at school, these notebooks make a great gift for any organised Friends fans.

The multi-award winning sitcom Friends is one of the most cherished TV shows of all time. Adored by hardcore fans and critics alike, it's more than just a show and is now a part of popular culture. Set in New York, Friends followed the trials and tribulations of Rachel, Monica, Phoebe, Joey, Chandler, and Ross. Hilarious and heart-warming in equal measure, Friends spanned 10 seasons, and over 200 episodes, between 1994 and 2004. Having finished many years ago, it's huge popularity meant that reruns of Friends have been continually shown on UK TV channels, and the show was recently added to Netflix. The Friends Notebook set is an officially licensed Friends product.