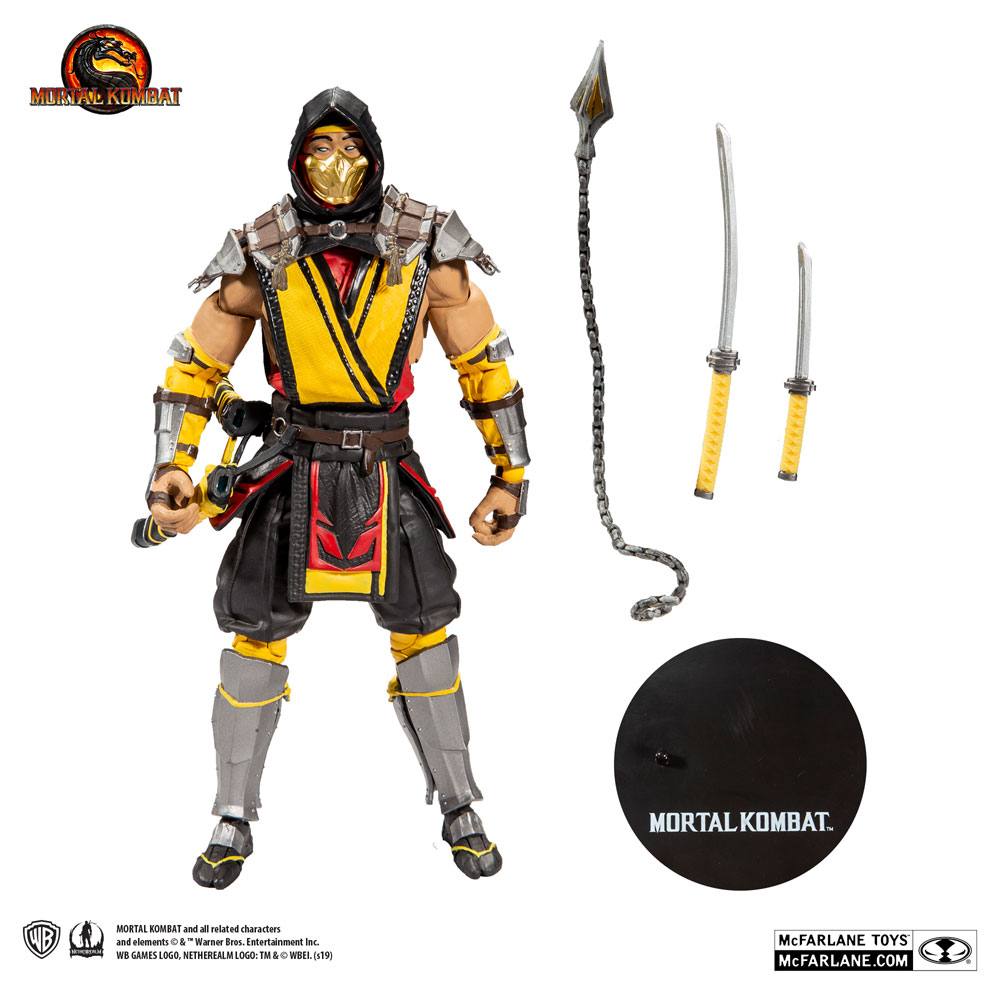 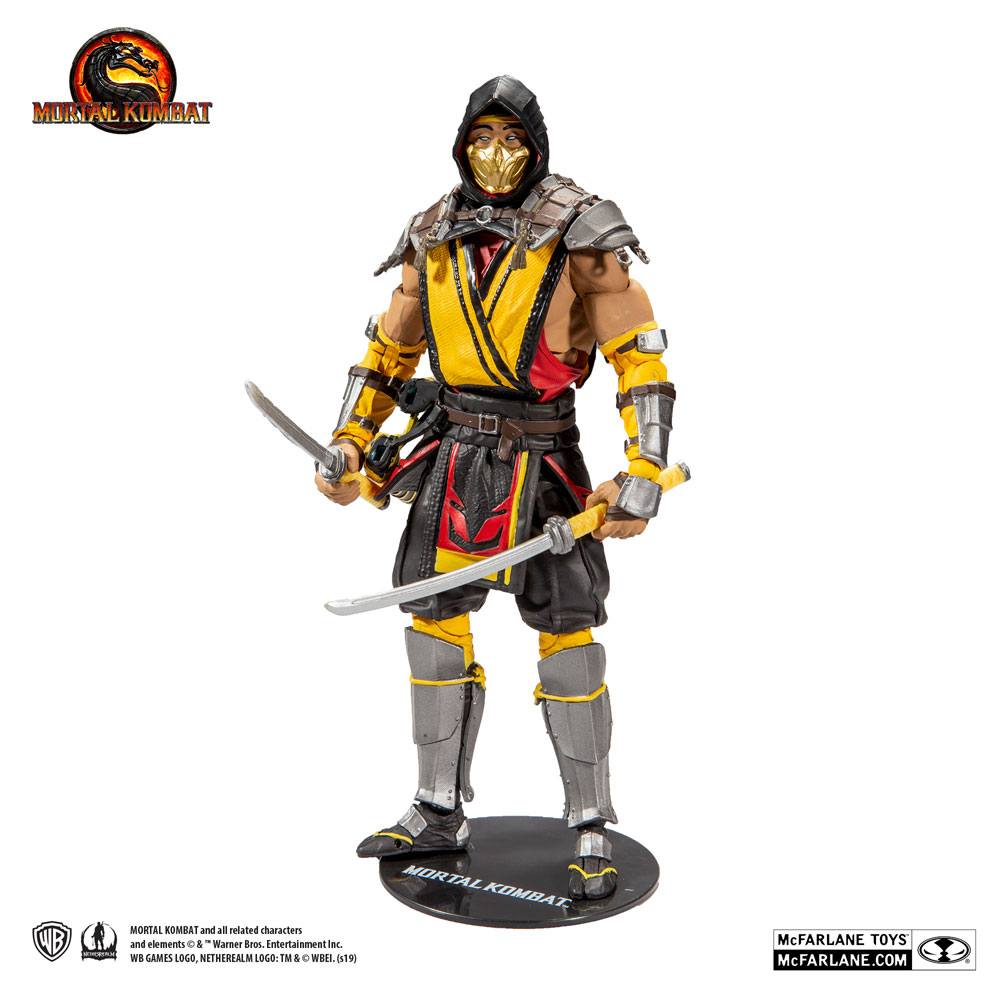 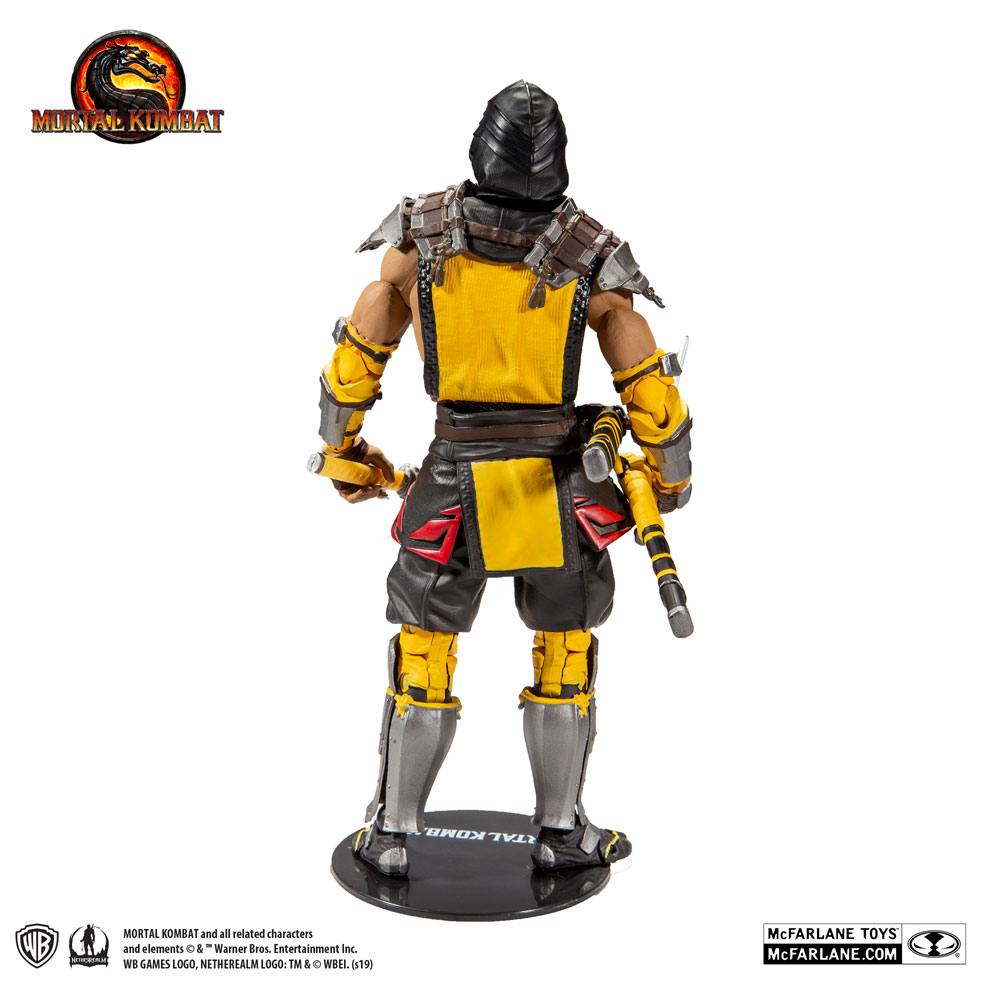 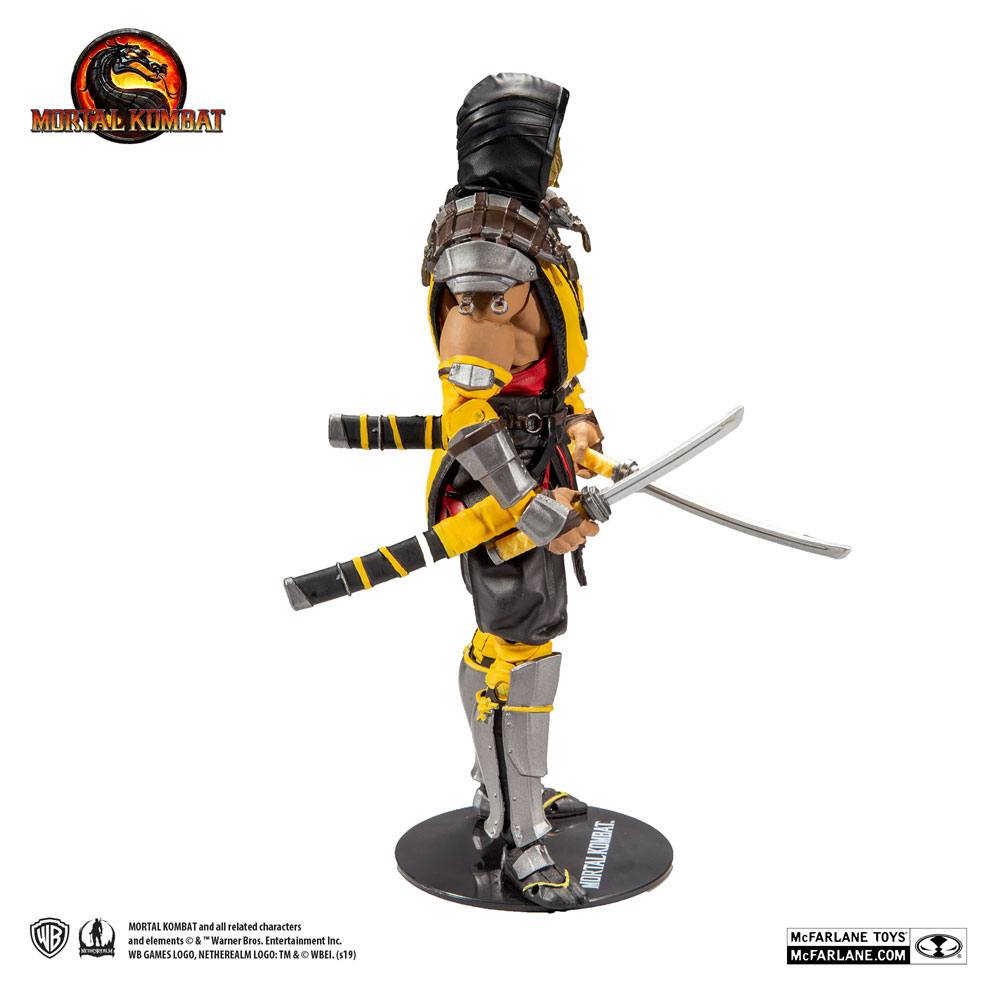 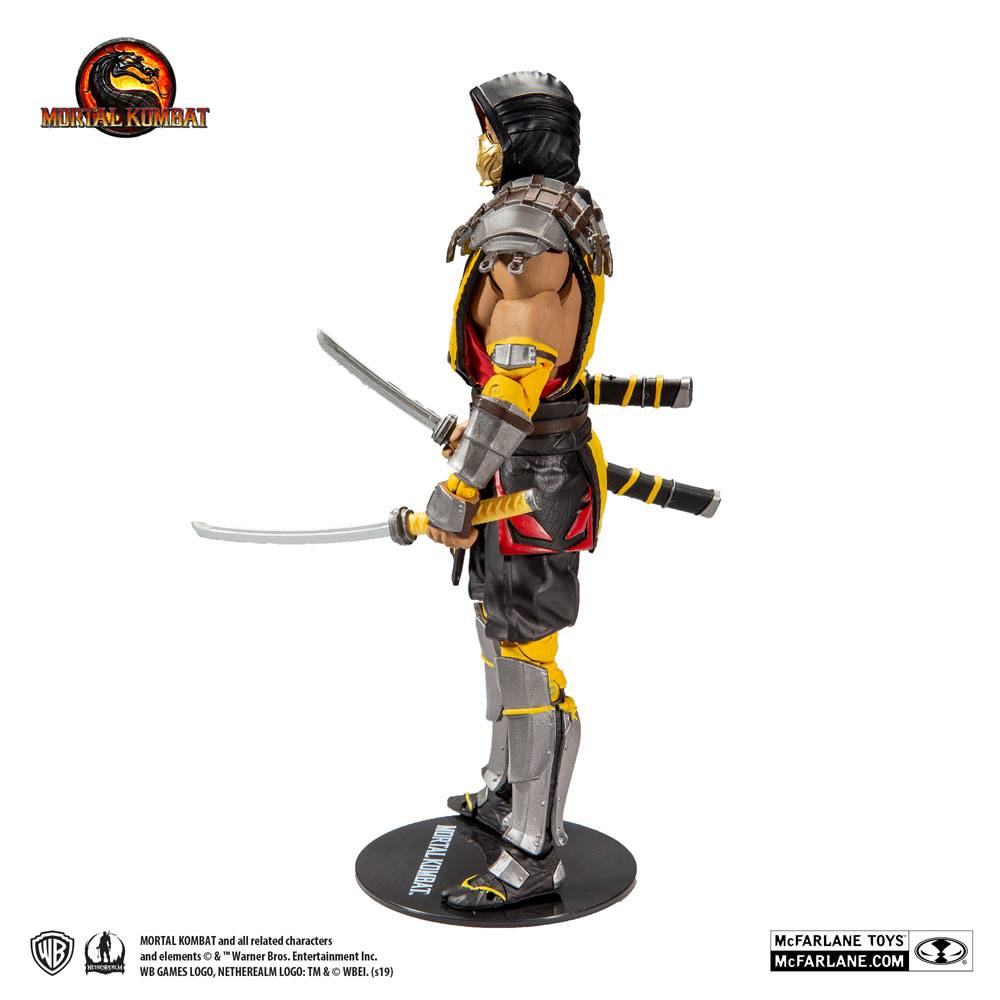 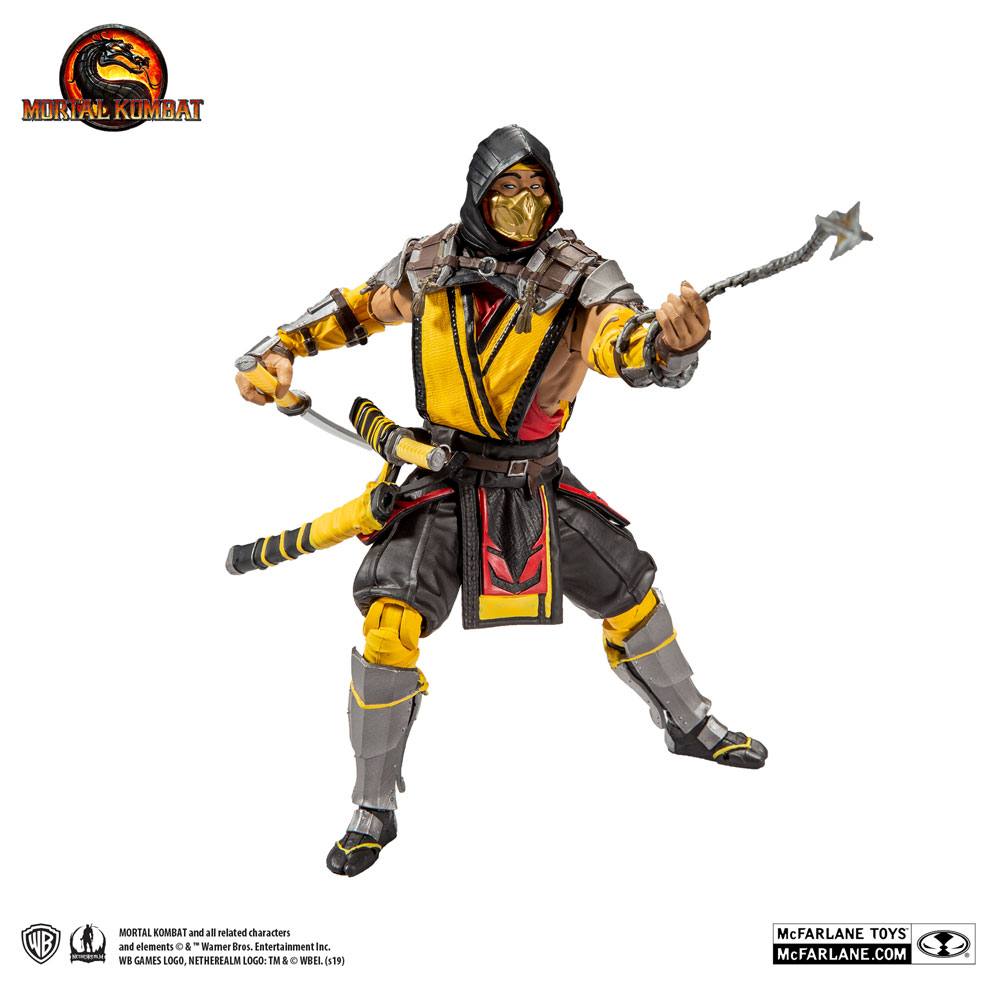 Straight from the video game "Mortal Kombat 11" comes this great action figure. It stands approx. 18 cm tall and comes with accessories and base in a collector edition window box.

A leader in the iconic faces for the Mortal Kombat franchise, "Scorpion" is the alias of Hanzo Hasashi, formerly one of the finest warriors of the Shirai Ryu, a Japanese ninja clan. After he was killed by Sub-Zero, a member of a rival clan of Chinese assassins known as the Lin Kuei, Scorpion became a hell spawned revenant residing in hell (later the Netherrealm) and seeking vengeance against those responsible for the destruction of his clan and the death of his family, including his wife and his son. Although essentially neutral in allegiance, Scorpion will join forces with anyone who can assist his plans of revenge.