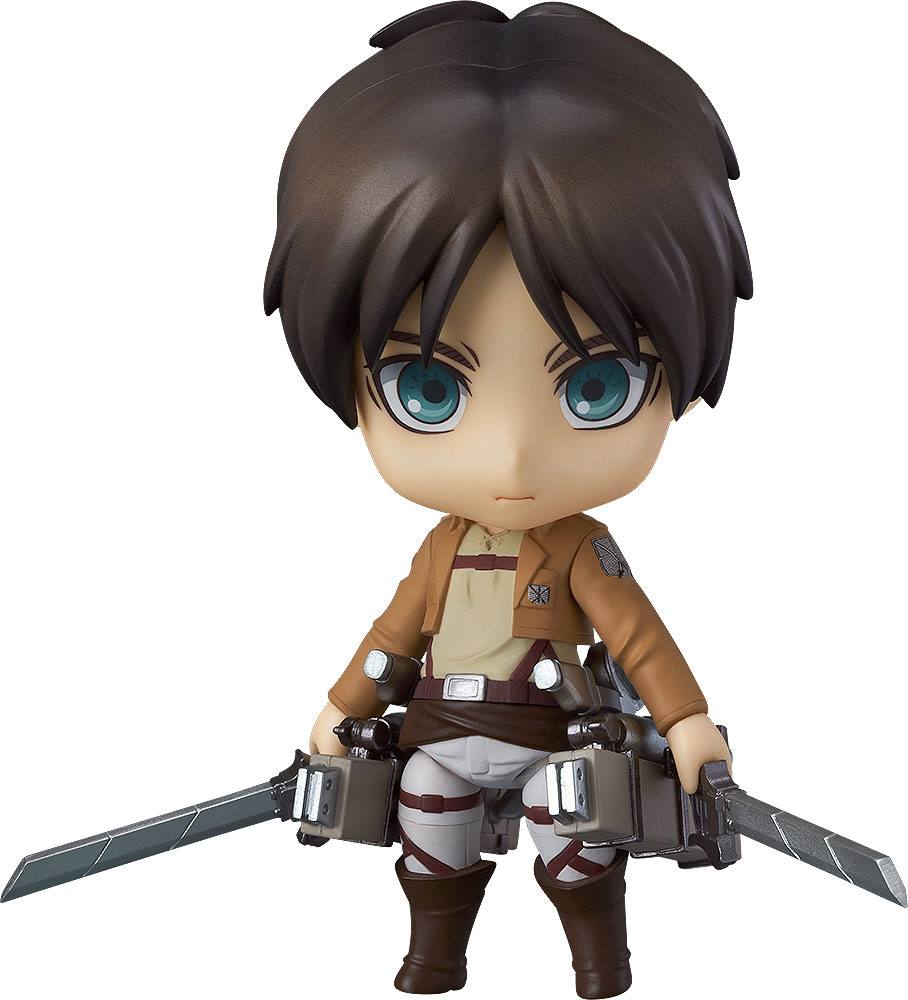 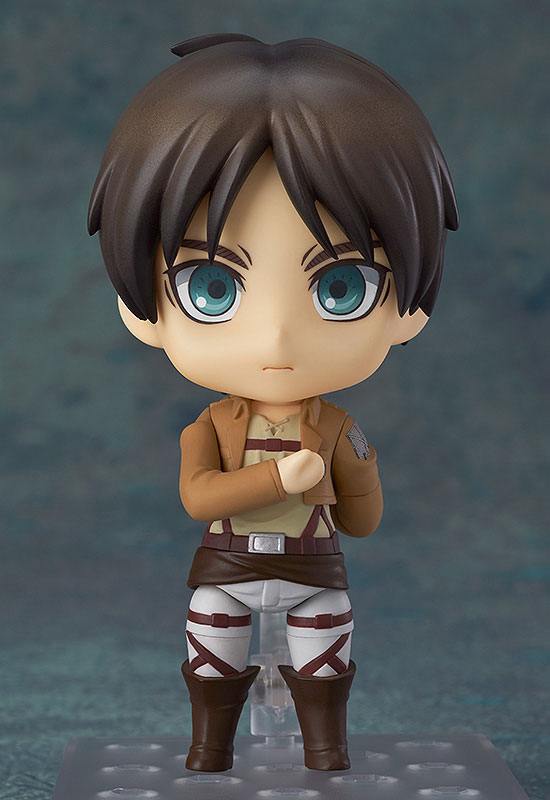 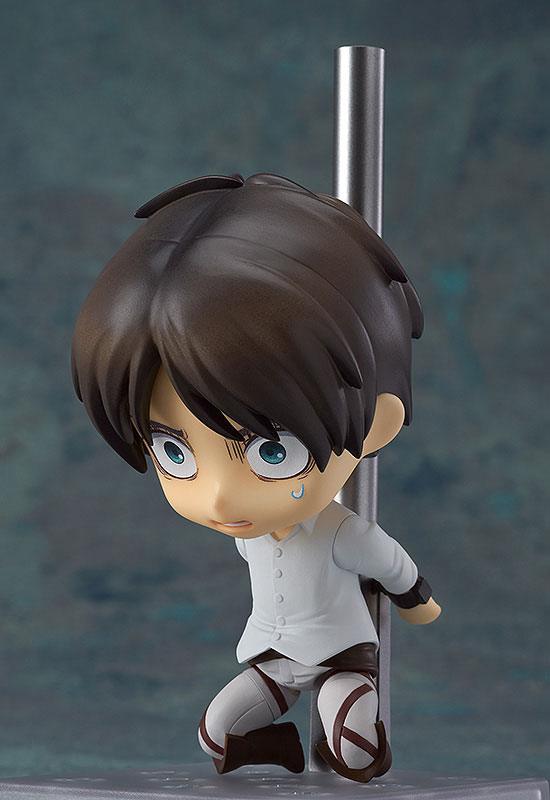 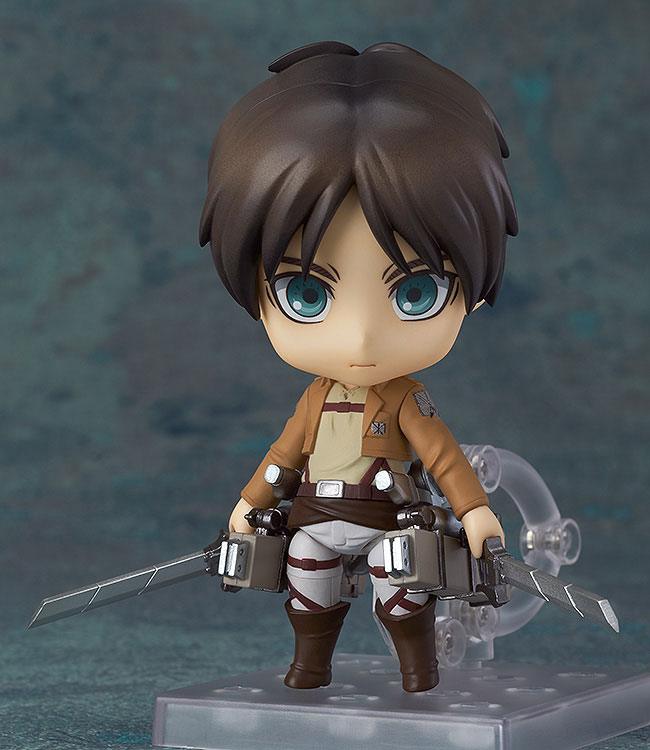 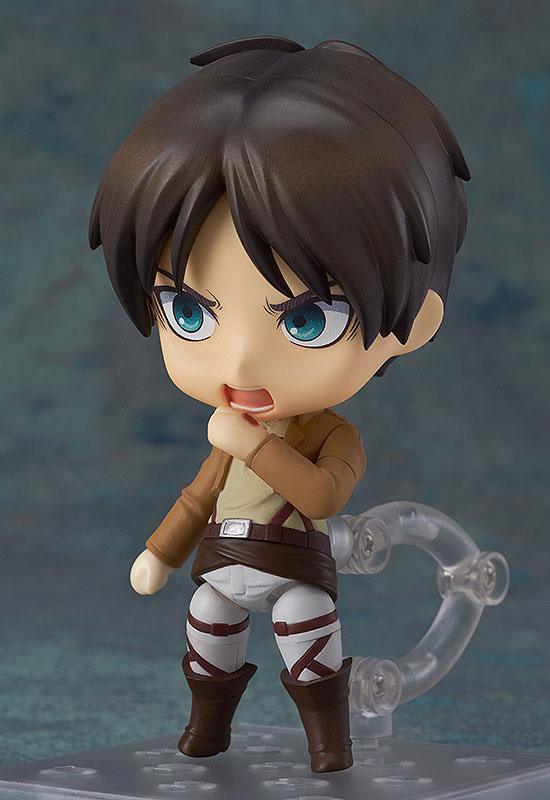 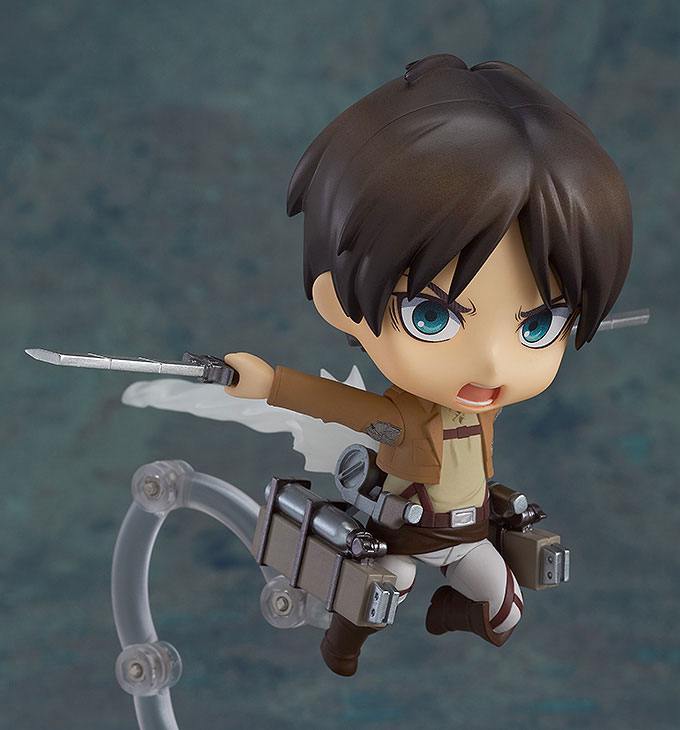 From the popular anime series "Attack on Titan" comes a rerelease of Nendoroid Eren Yeager! He comes with three expressions including his standard expression, a shouting expression and a surprised expression! Just like Mikasa, he also comes with his dual blades, vertical maneuvering equipment with effect parts and blood effect parts. He also comes with an alternate body part which allows you to recreate the memorable council questioning scene from the series!

Be sure to display him with all the other characters from the series to completely recreate the Attack on Titan universe in Nendoroid size!