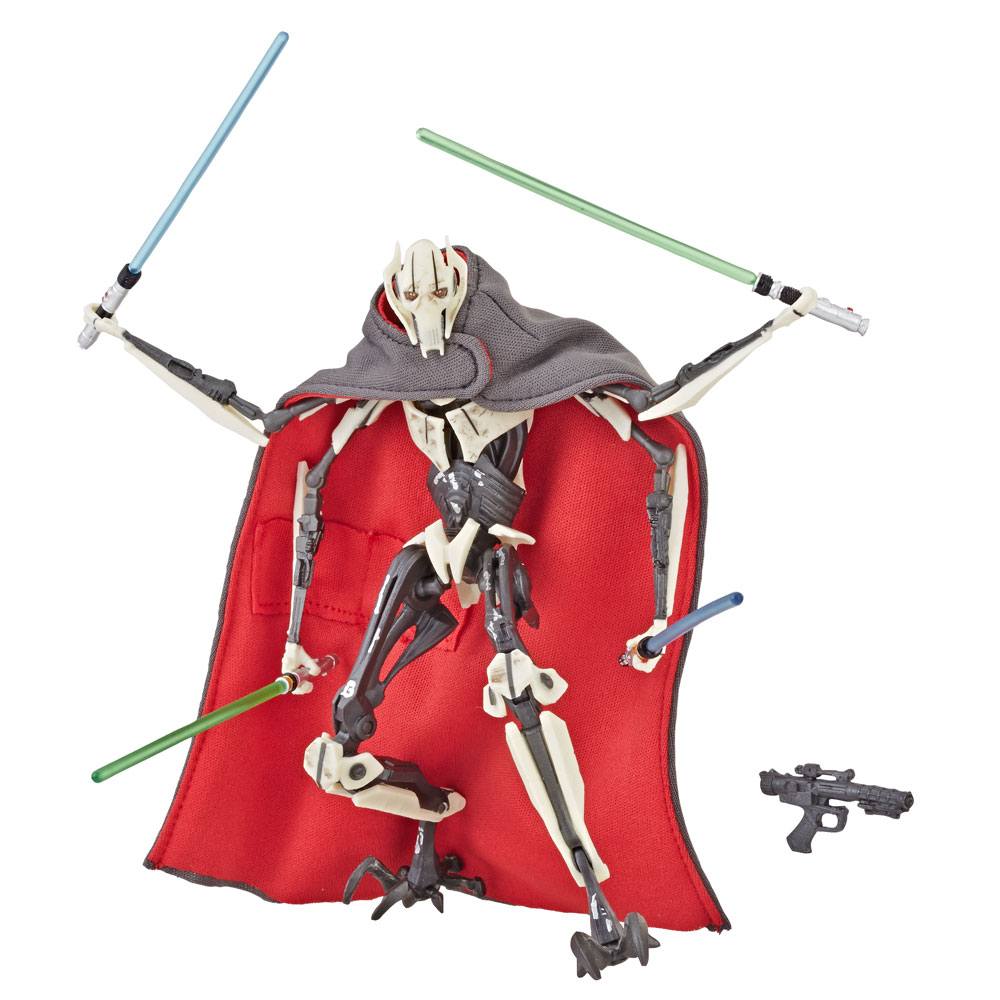 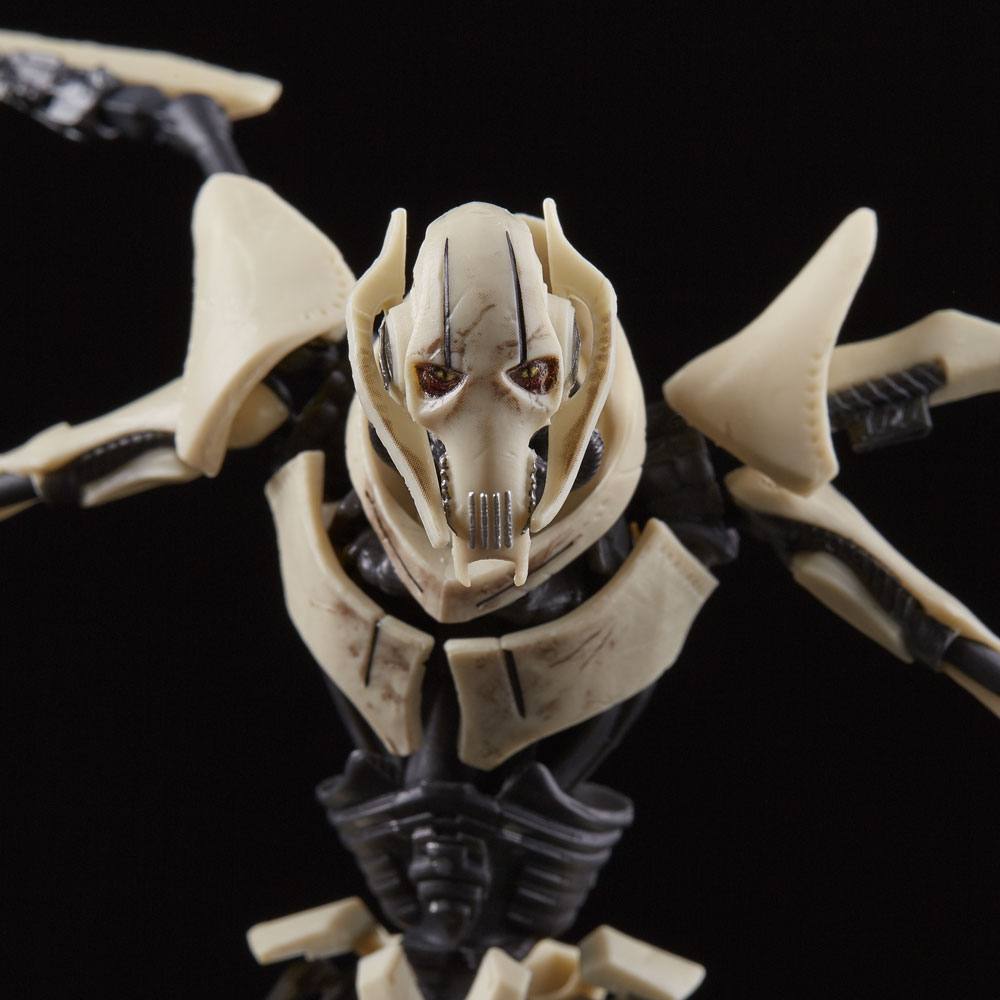 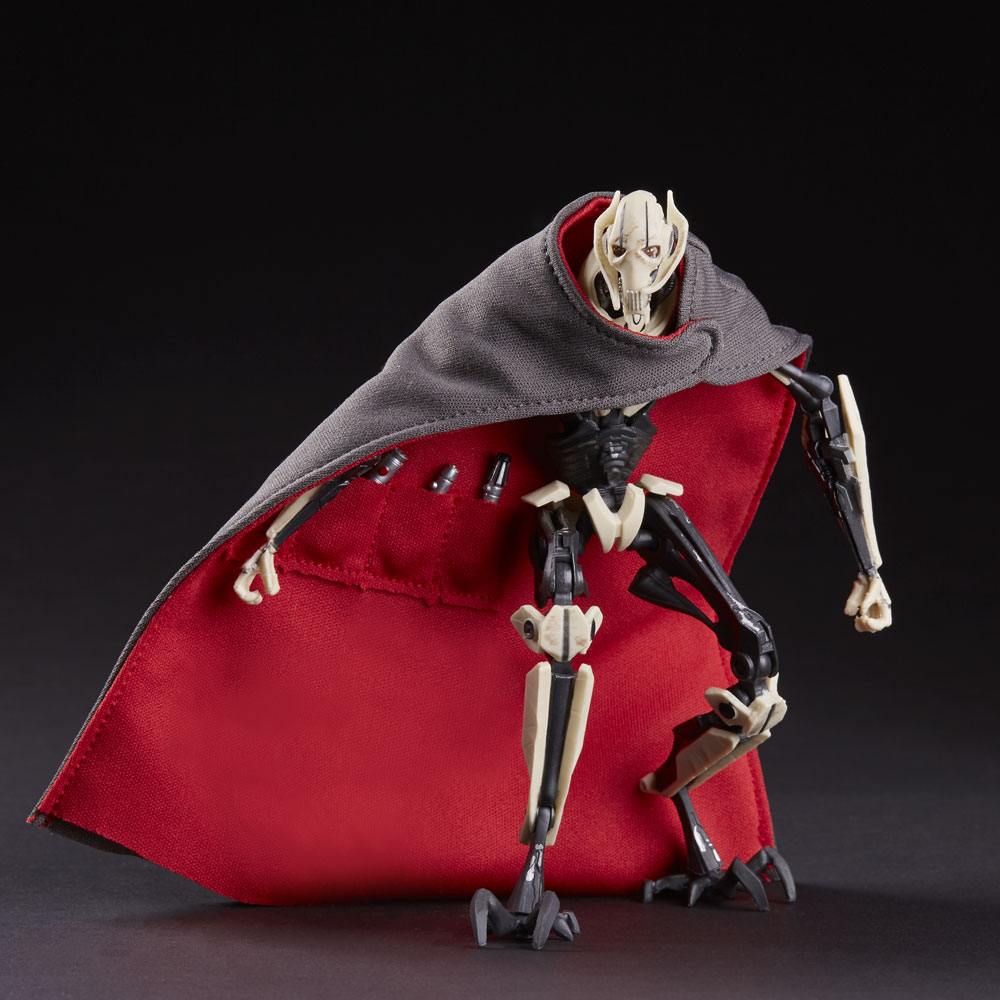 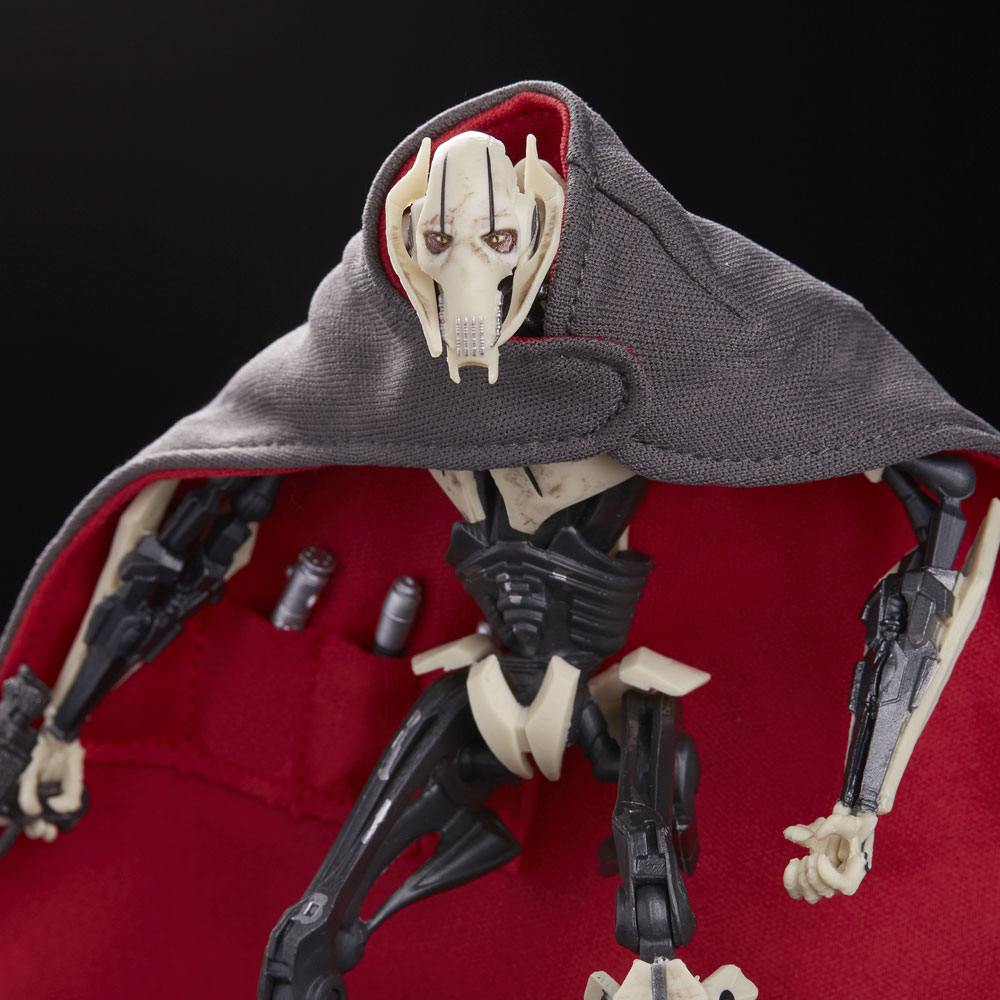 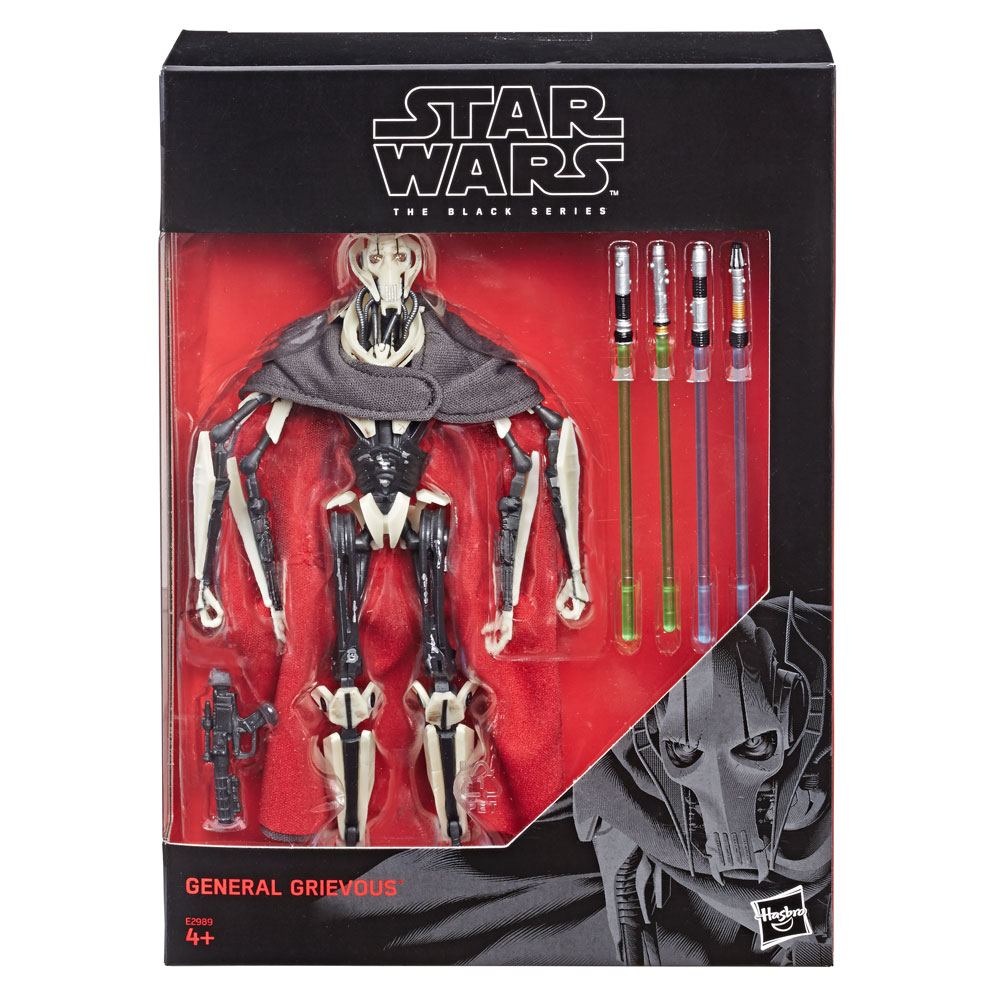 From Hasbro's "Black Series" comes this detailed action figure. It stands approx. 18 cm tall and comes with accessories in a window box packaging.

Kids and fans alike can imagine the biggest battles and missions in the Star Wars saga with figures from Star Wars The Black Series! With exquisite features and decoration, this series embodies the quality and realism that Star Wars devotees love.

General Grievous was a brilliant Separatist military strategist and a feared Jedi hunter, known for his ruthlessness and hacking cough. His body itself was a weapon, allowing him lightning quick strikes and devastating blows. But he was also quick to run from a fight, a tactic that worked until one final meeting with Obi-Wan Kenobi.

This 6-inch-scale General Grievous figure is carefully detailed to look like the character from Star Wars: Revenge of the Sith and features premium detail and multiple points of articulation.