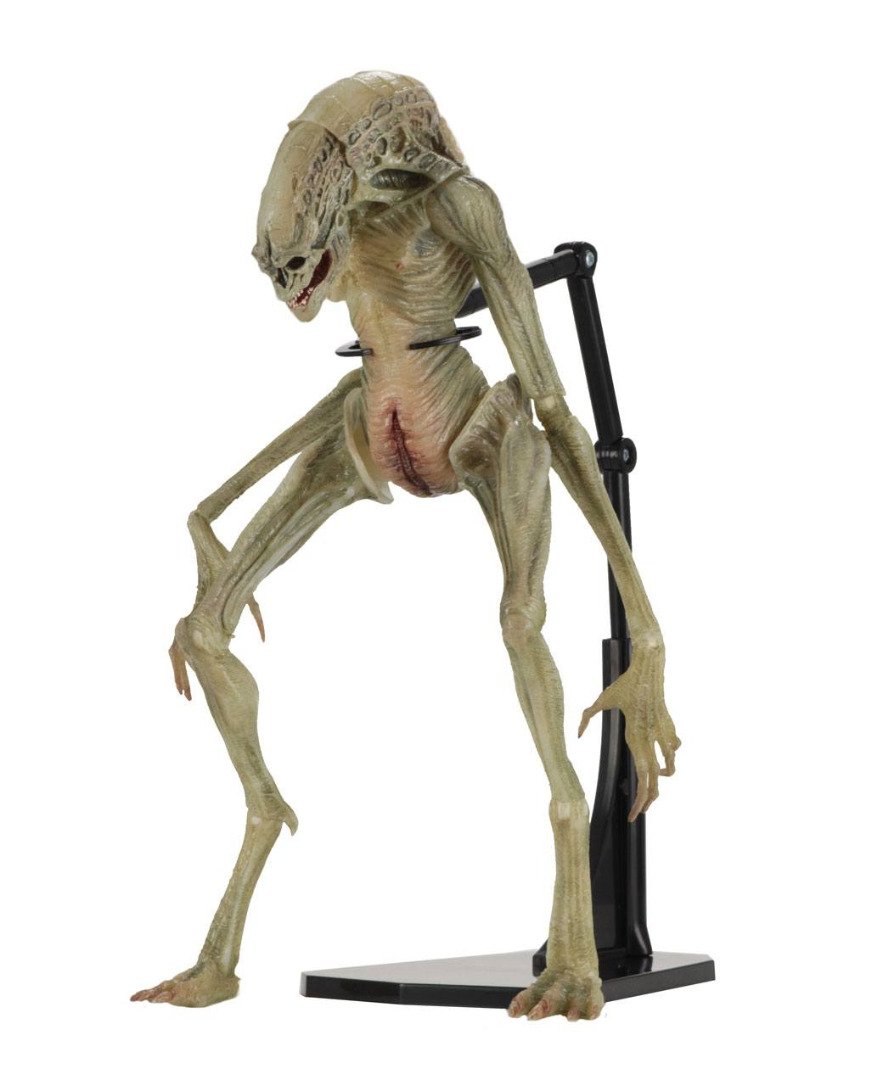 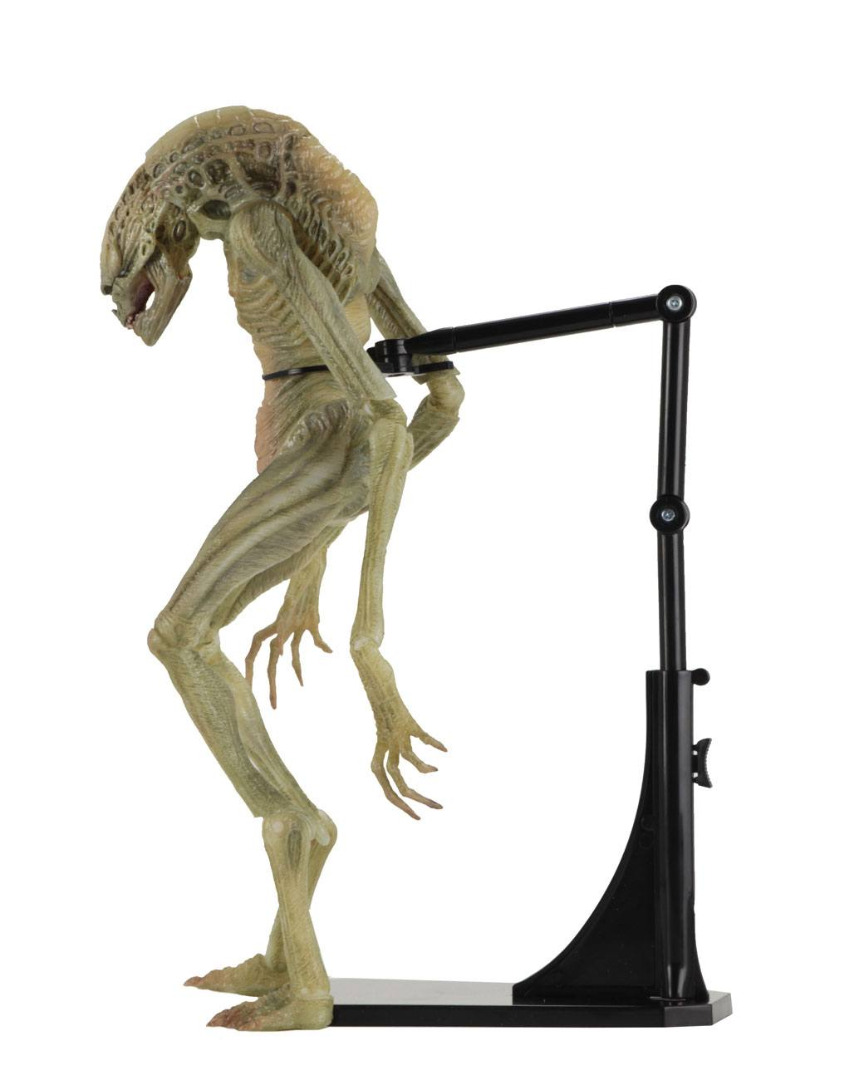 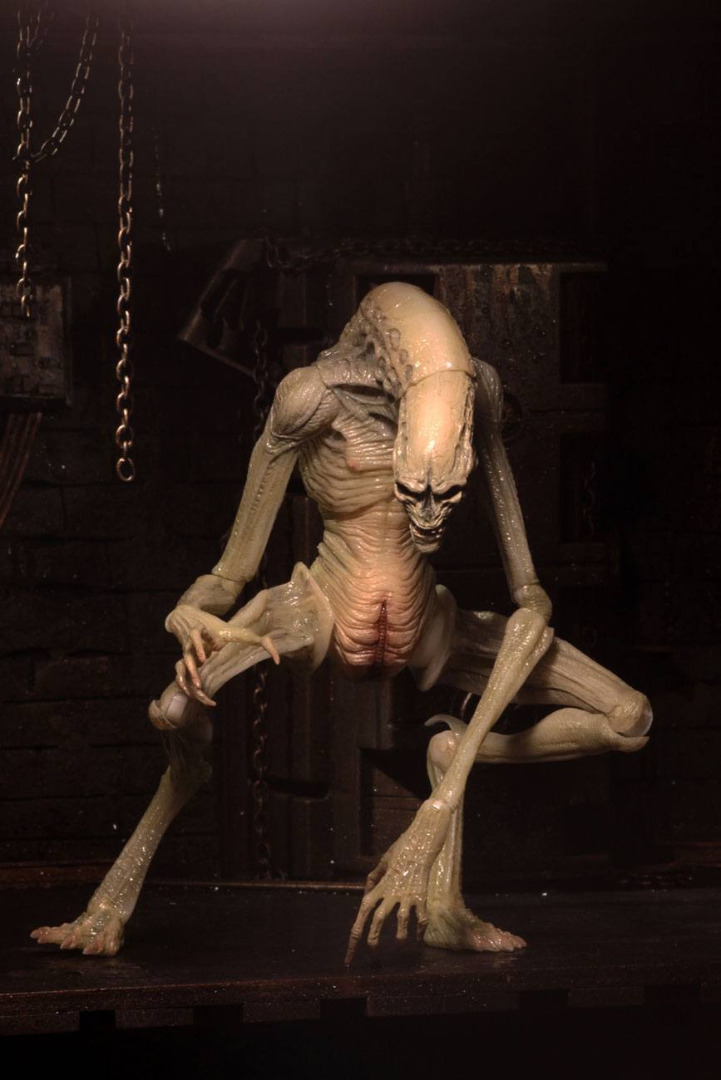 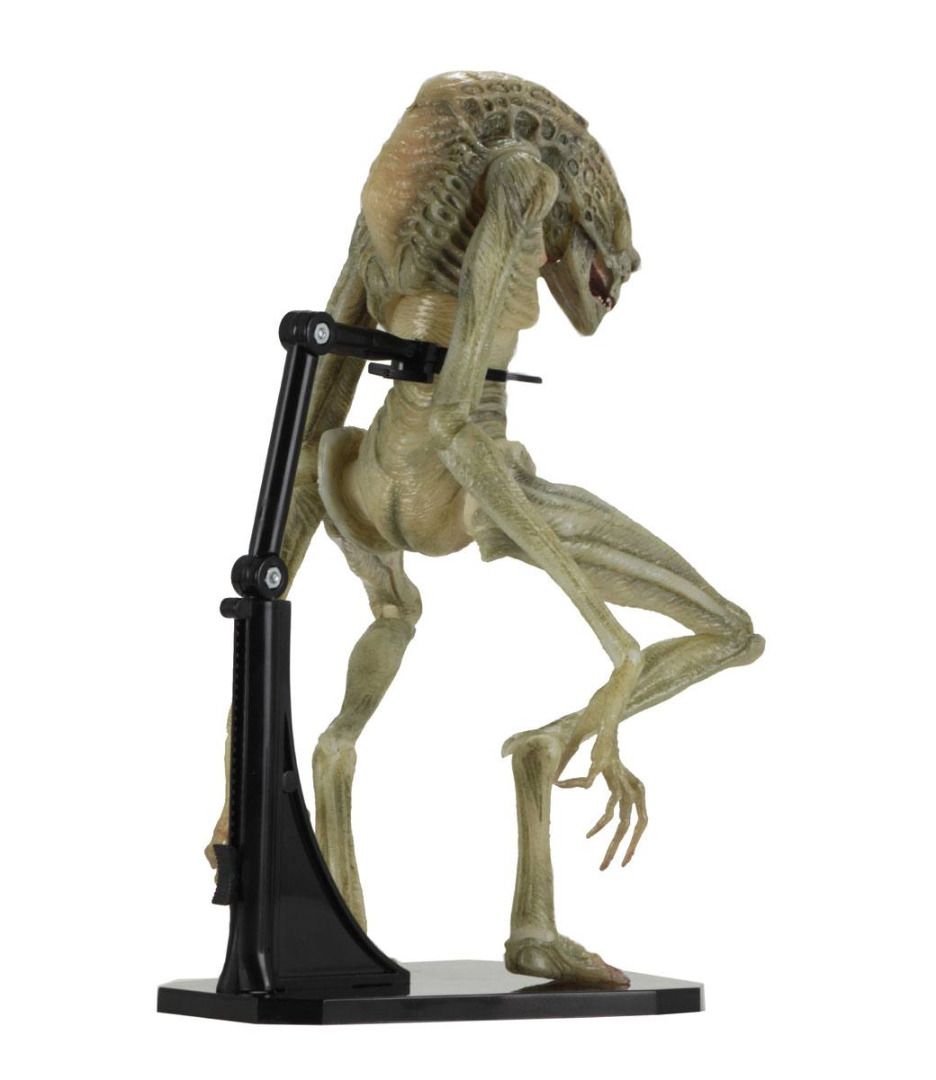 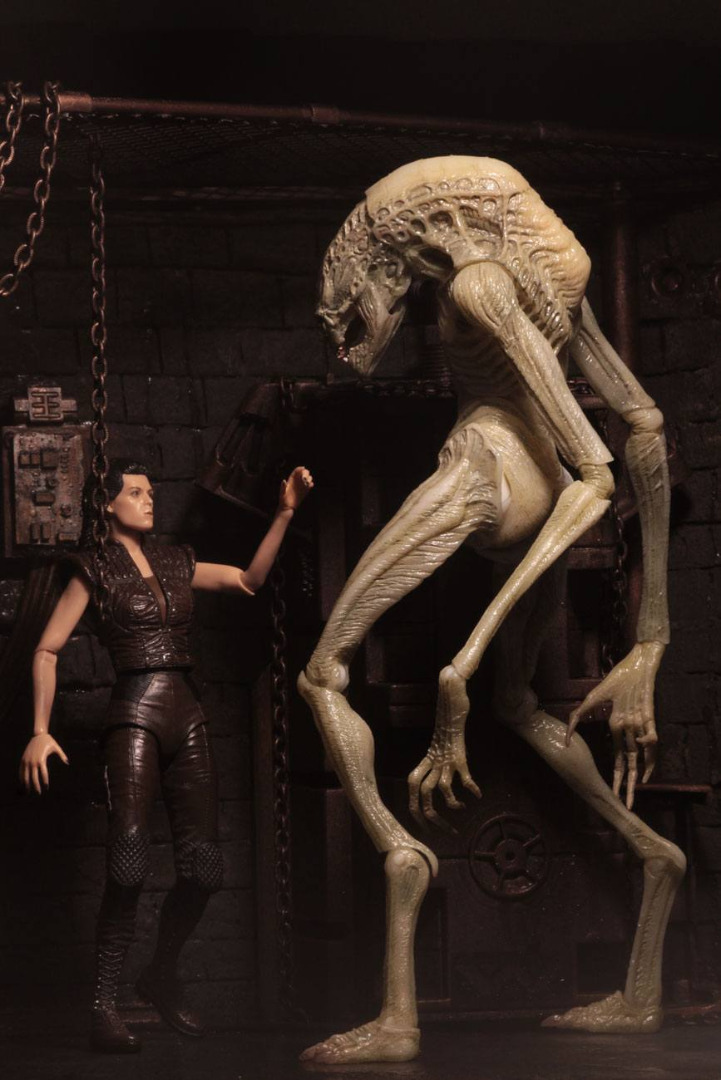 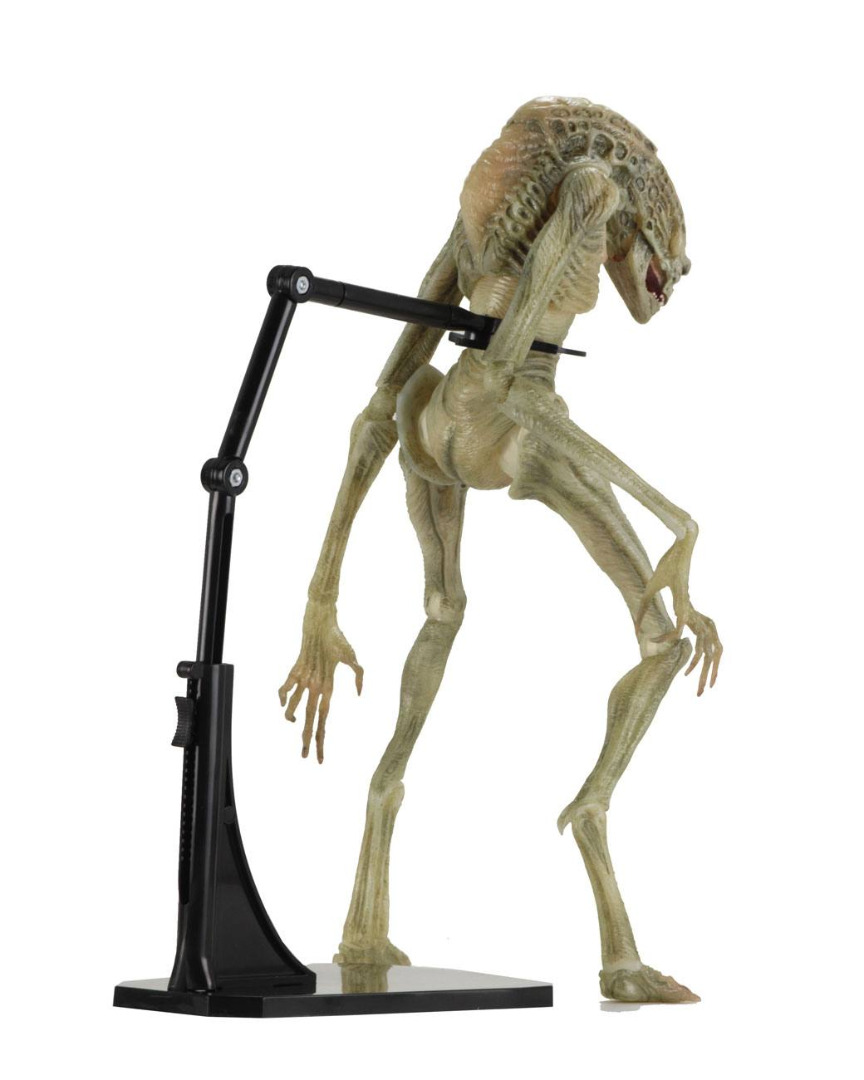 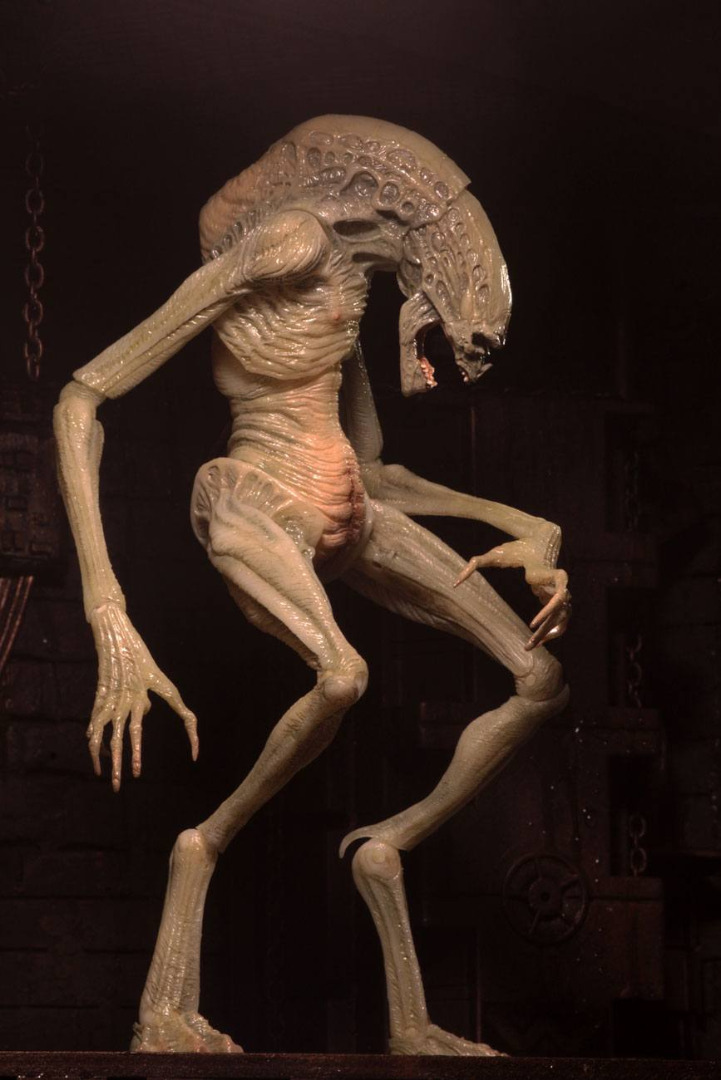 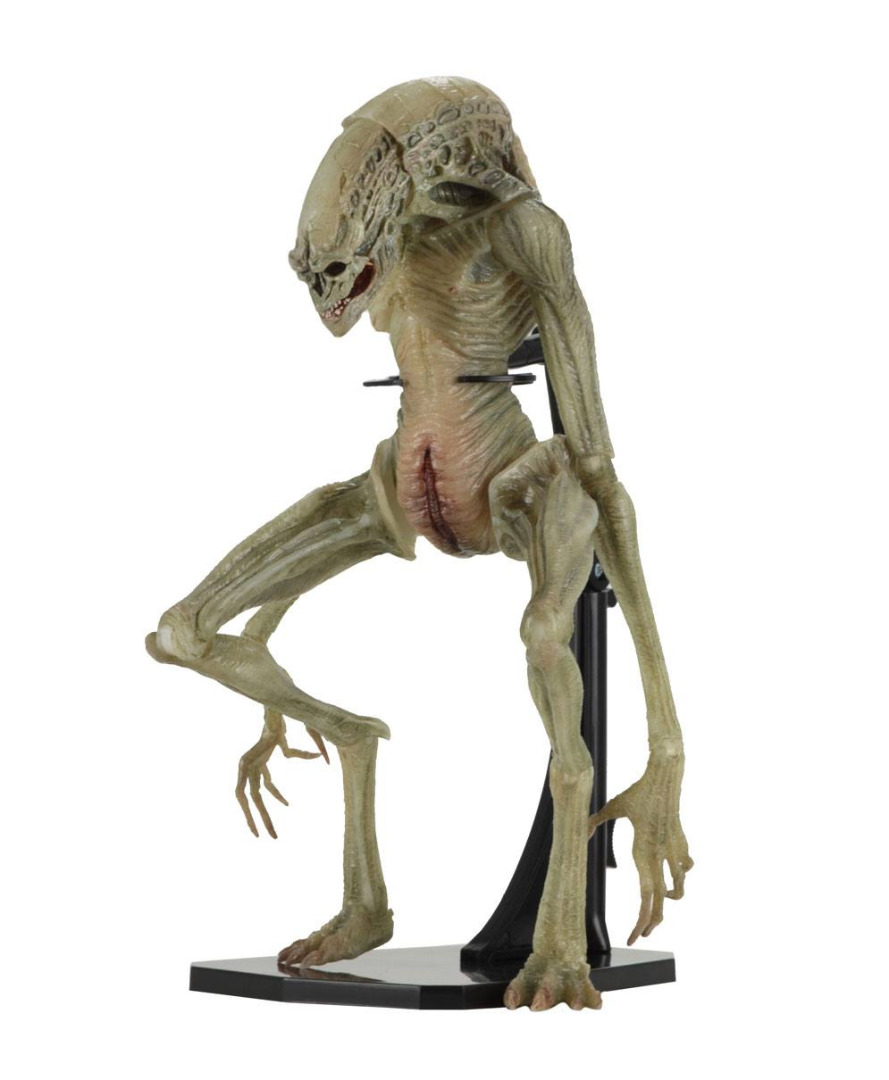 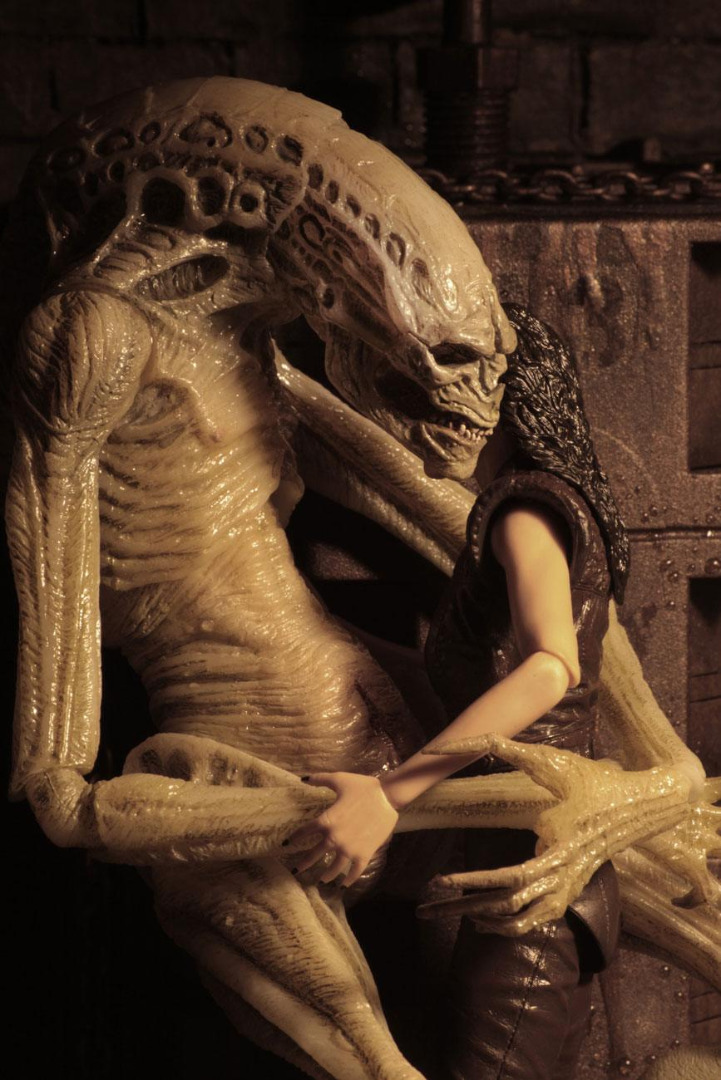 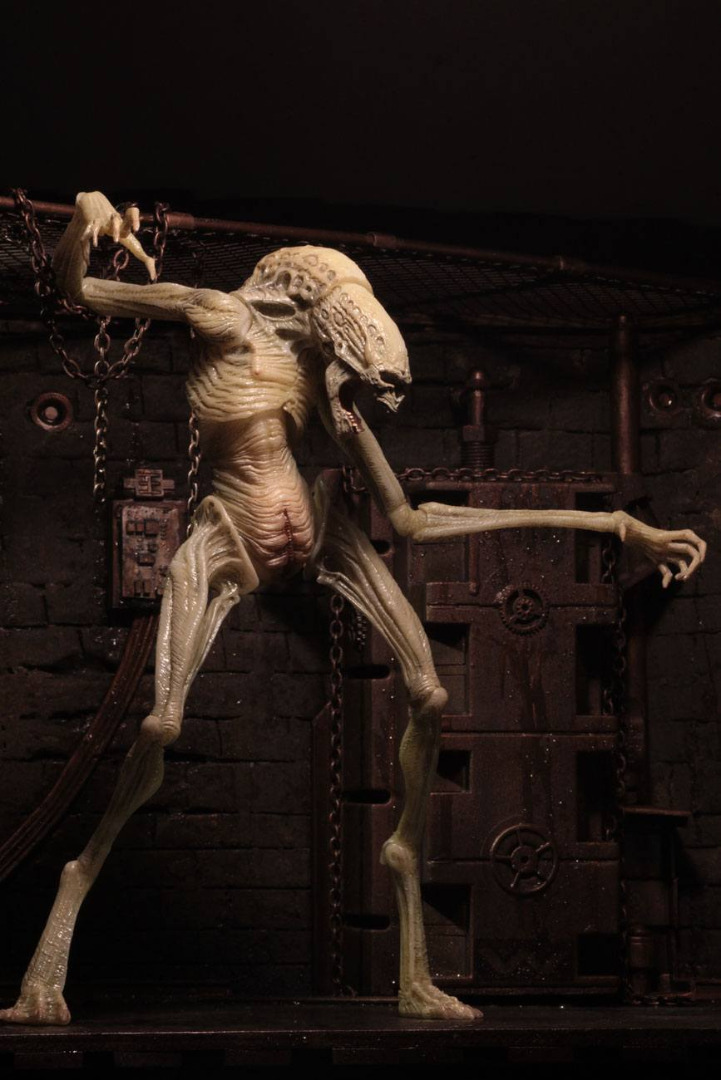 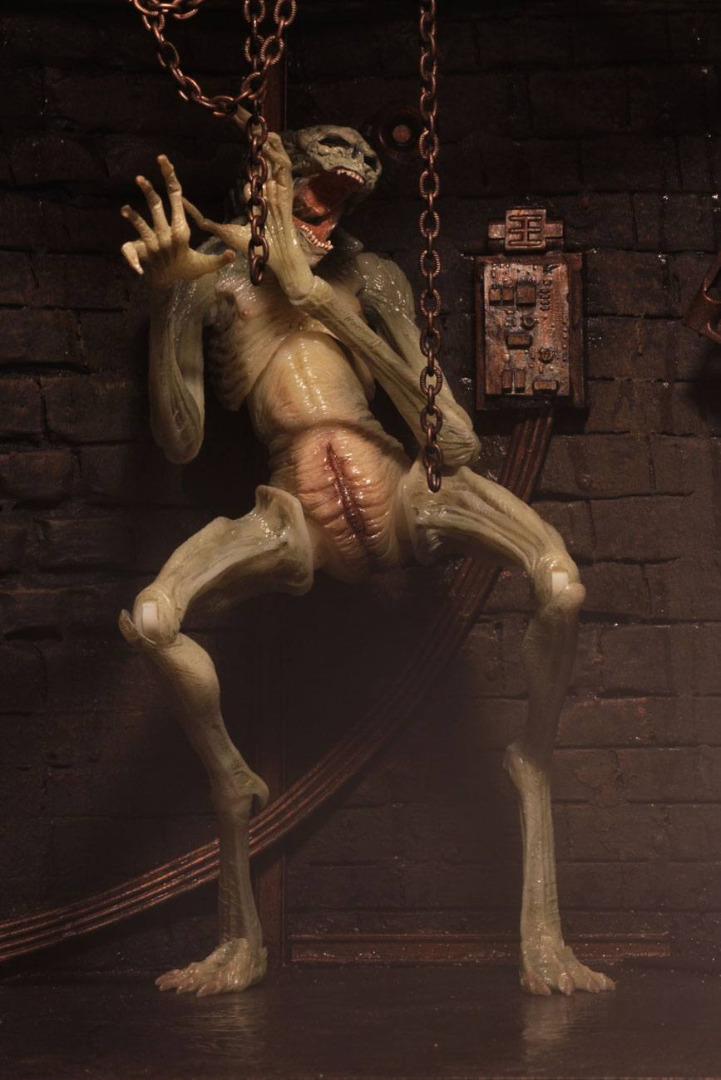 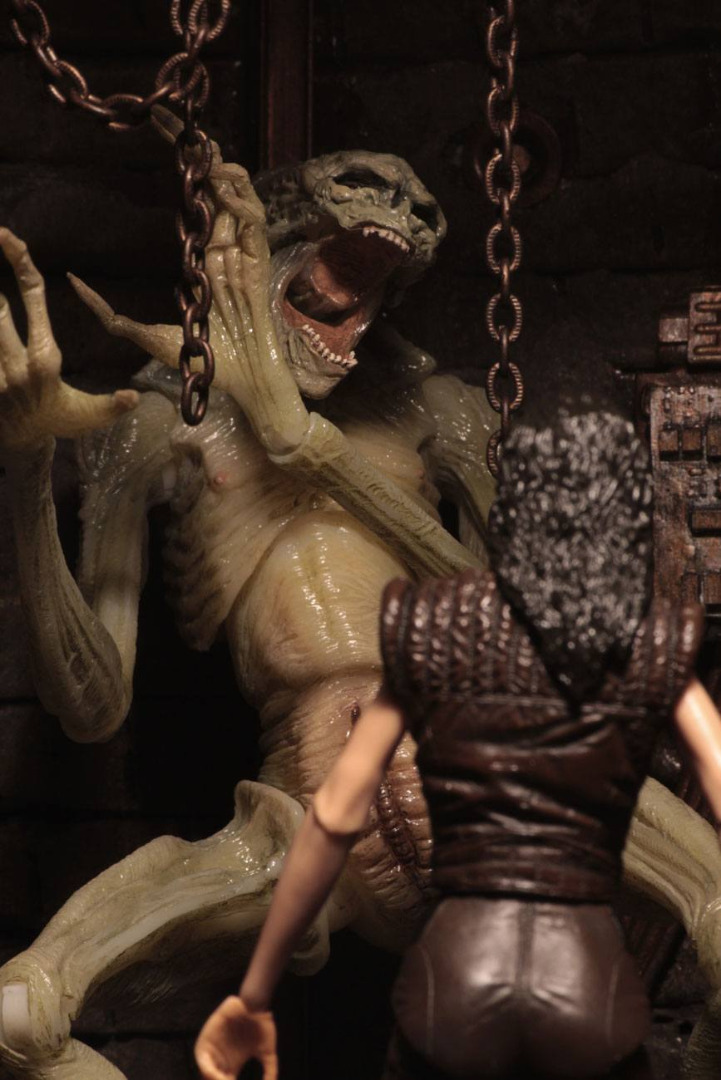 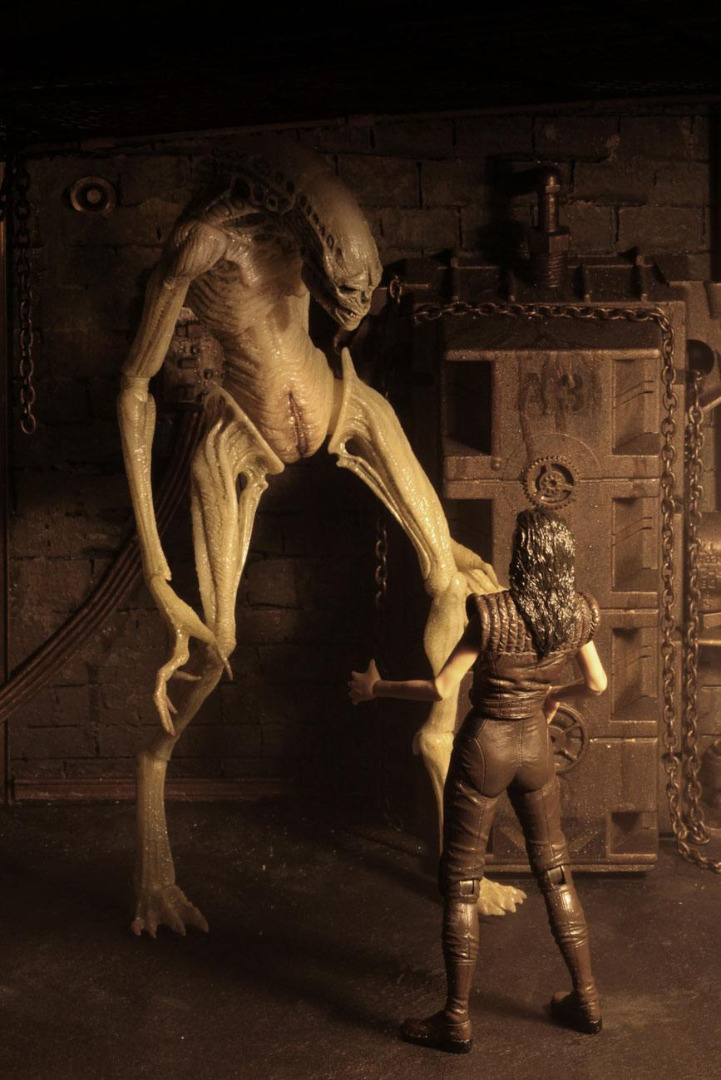 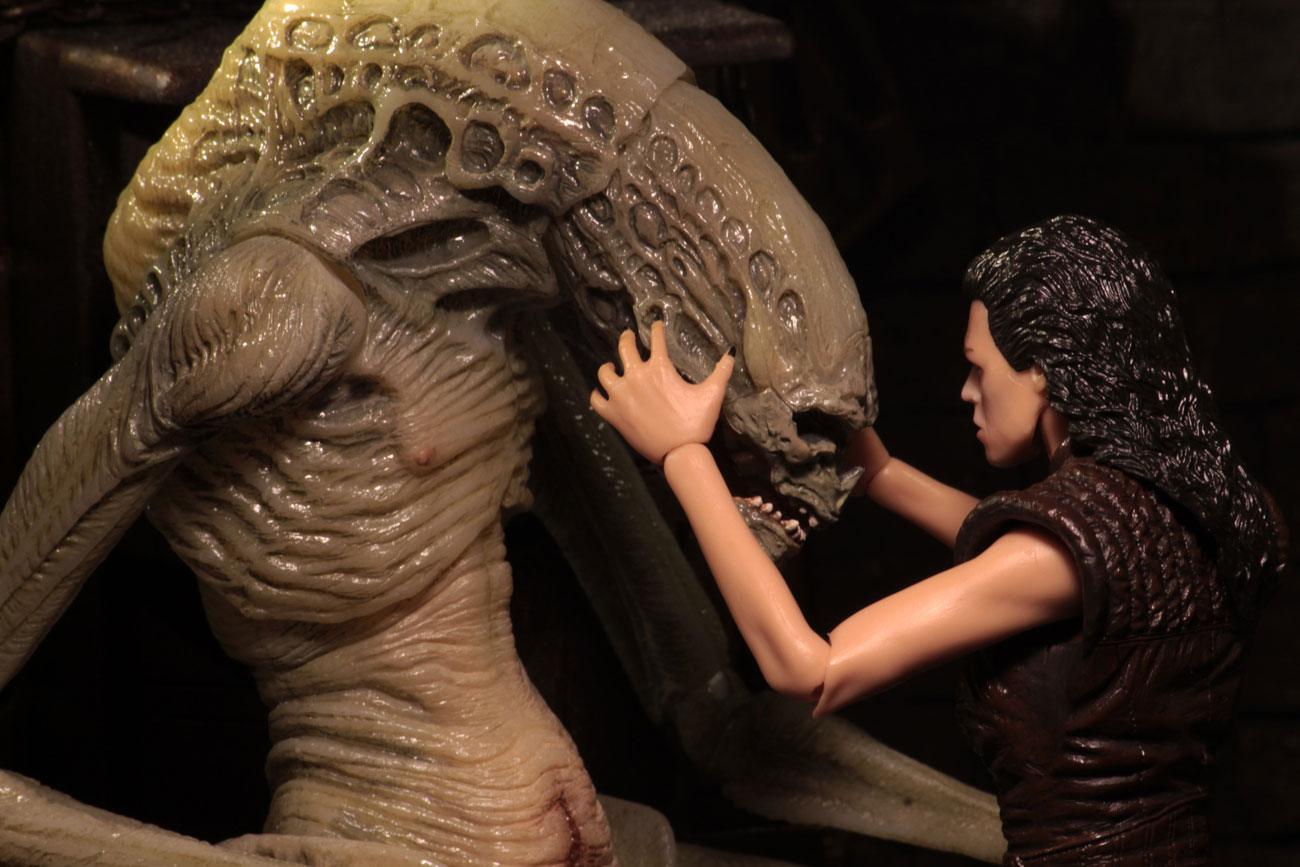 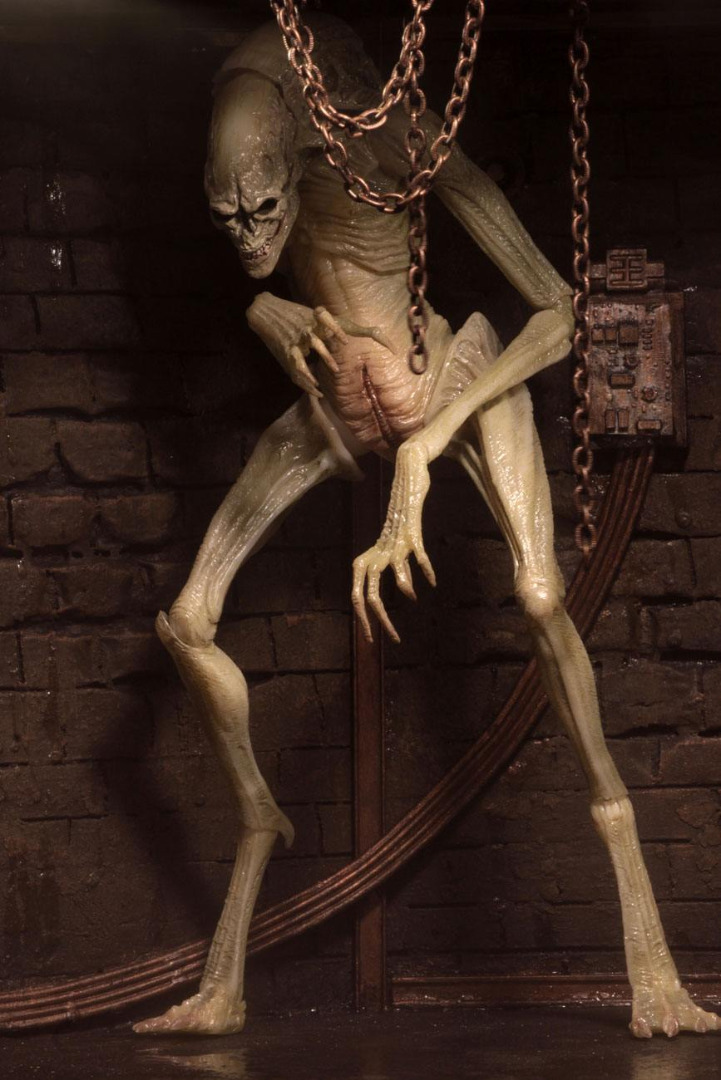 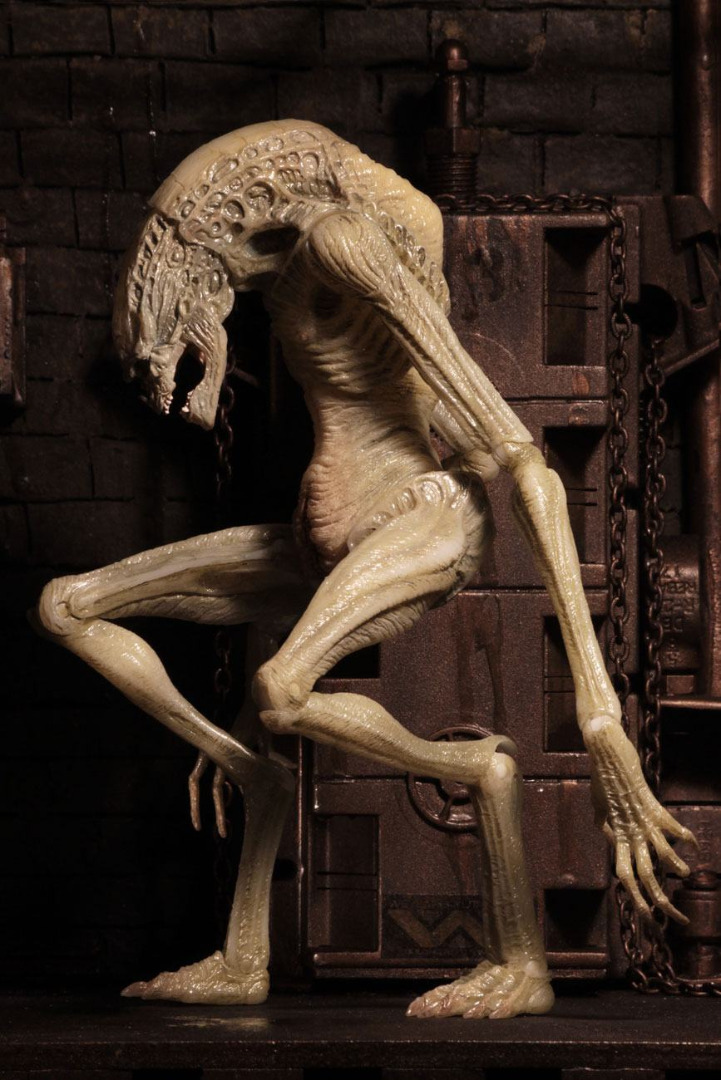 From Alien: Resurrection, the fourth movie in the thrilling sci-fi series! Two hundred years after Ripley's death, military scientists are attempting to clone Ripley in order to extract the Queen embryo that was in her body when she died... And on the eighth attempt, they succeed.

Contaminated with Ripley's DNA, the Queen gives birth to a grotesque human/alien hybrid called the "Newborn." The Newborn action figure stands approximately 11" tall and includes a display stand. The Newborn features a screen-accurate sculpt and almost 30 points of articulation.