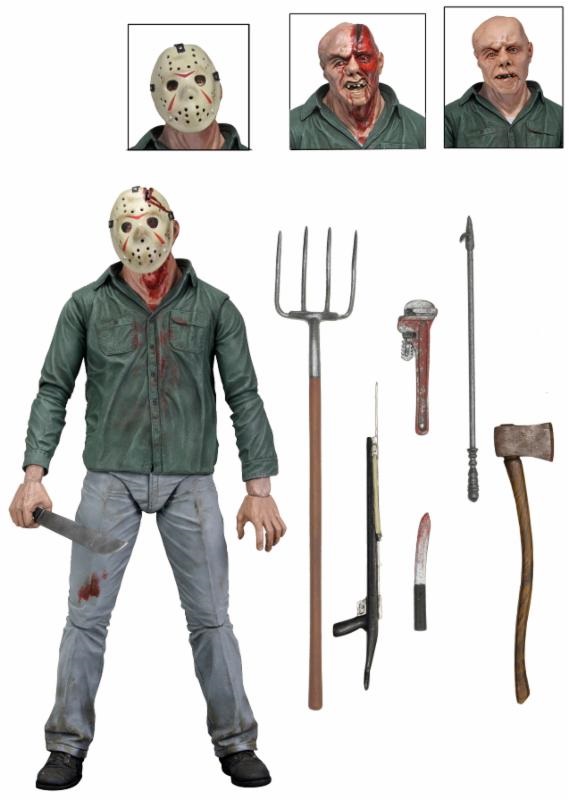 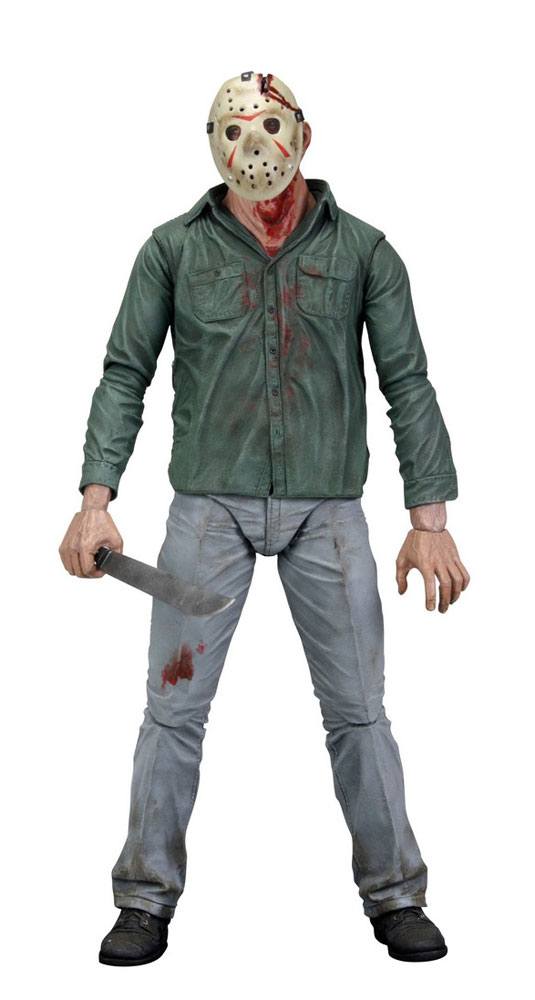 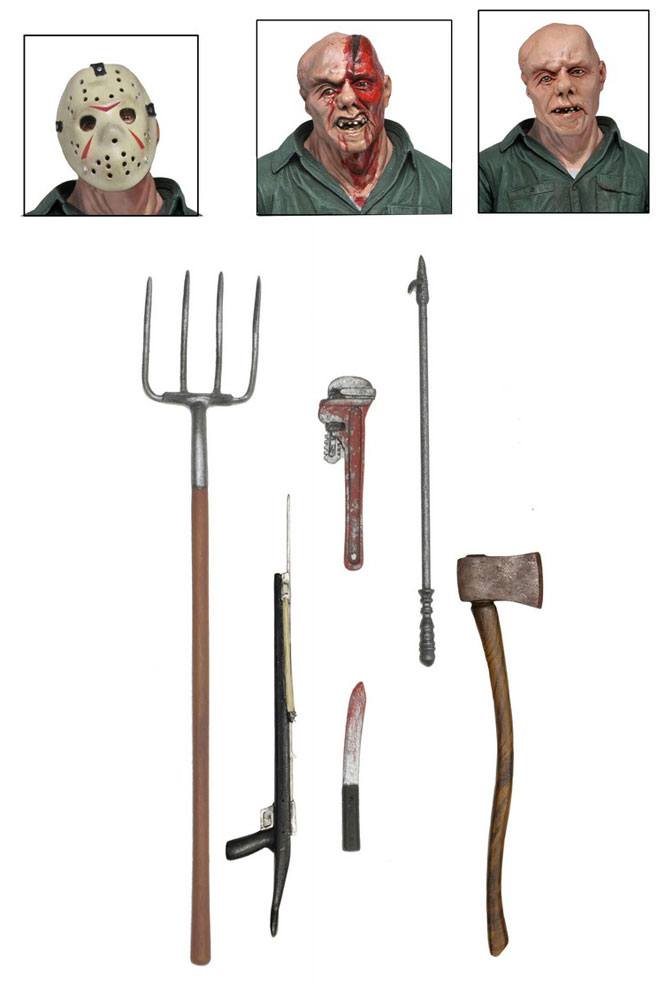 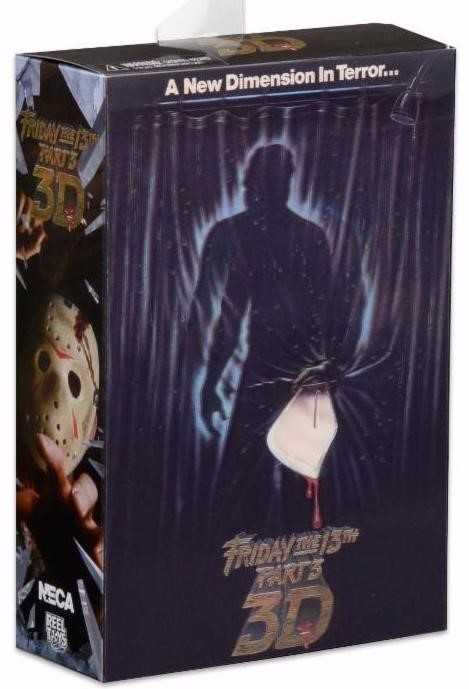 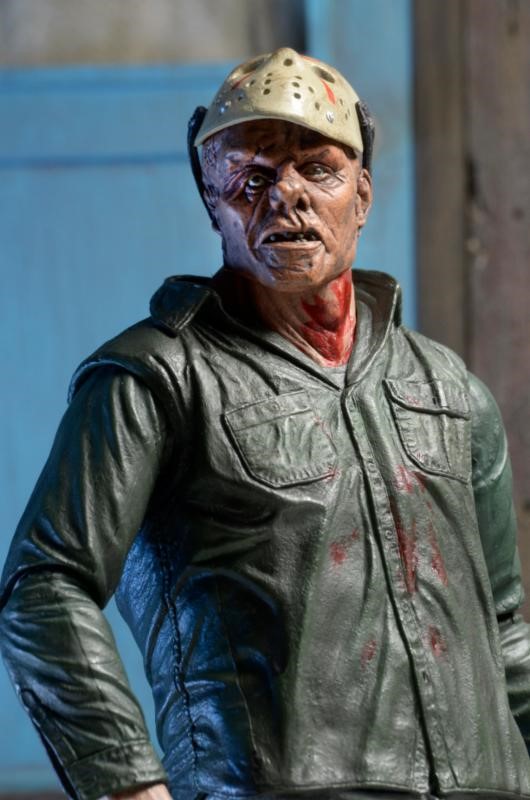 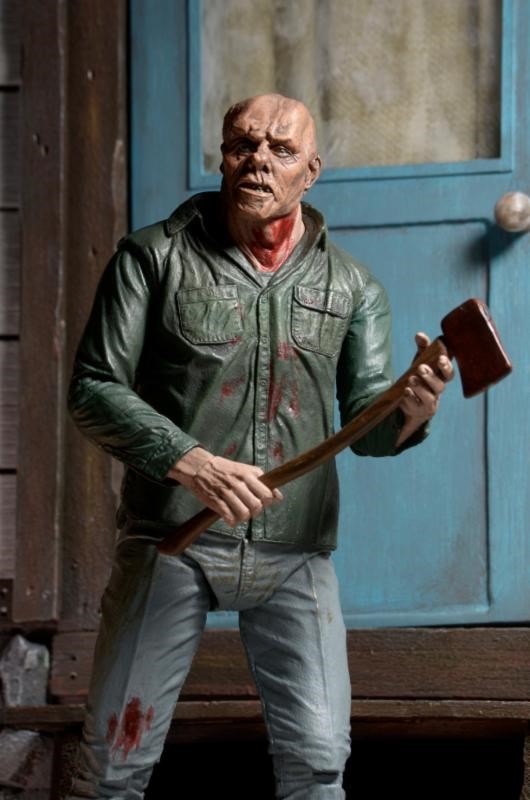 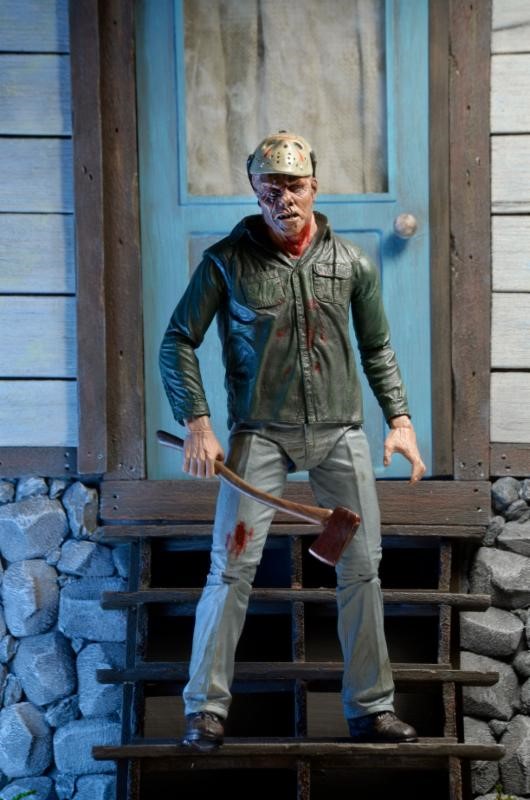 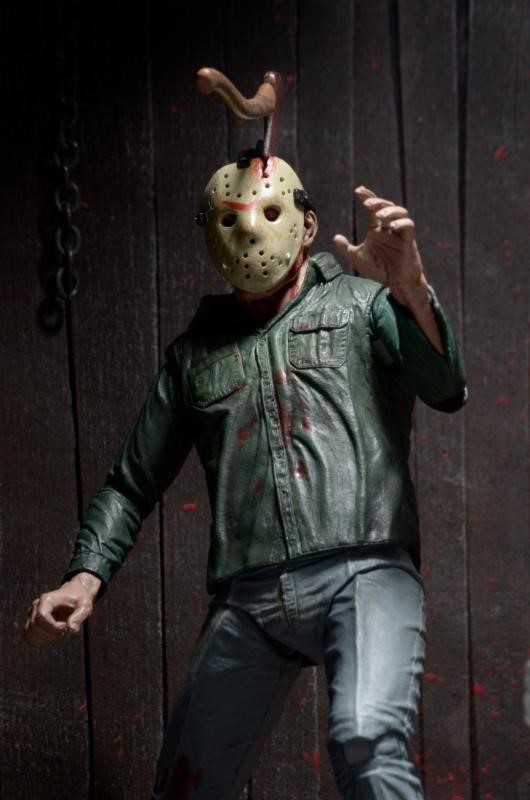 For horror fans, Friday the 13th Part III was a landmark event: not only was it the first appearance of Jason's now-iconic hockey mask, it was initially released in theaters as a 3D movie! NECA is proud to present the definitive collector's version of Jason as he appeared in the 1982 film.

This deluxe 18 cm action figure features over 25 points of articulation and is packed with accessories. It comes with two masks, two interchangeable head sculpts, pitchfork, wrench, knife, fire poker, harpoon gun, machete, and axe. The packaging is deluxe too, with a lenticular front window flap in honor of the film's 3D release!