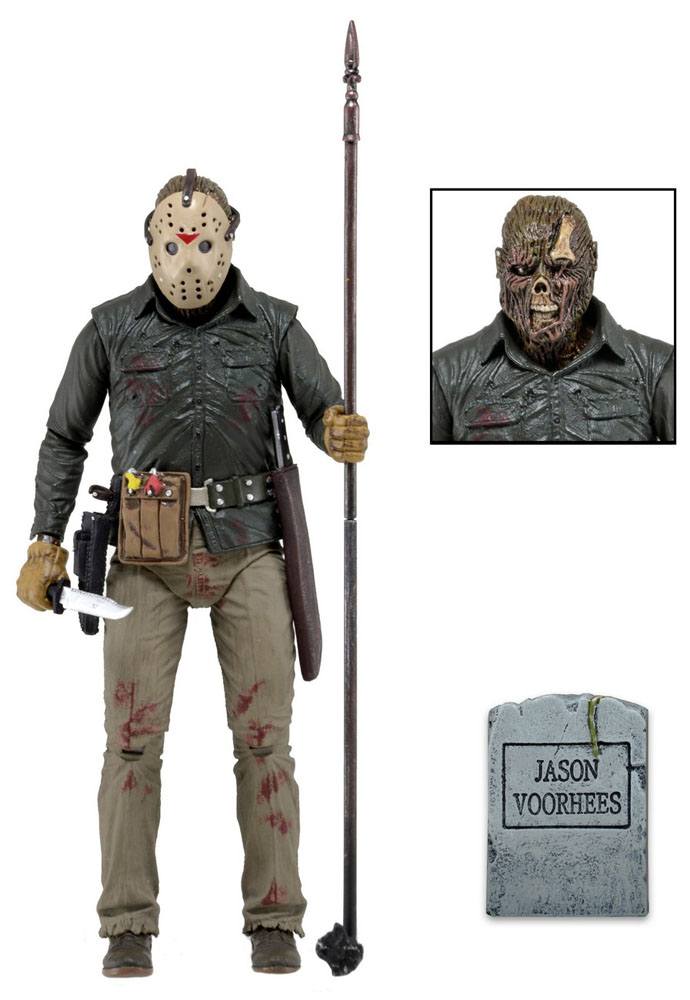 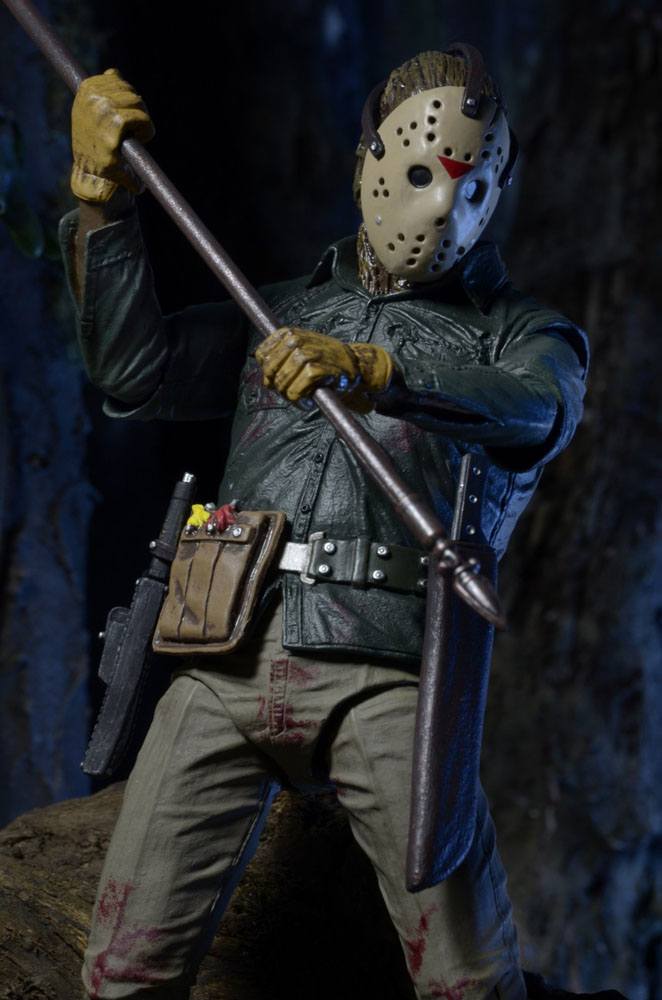 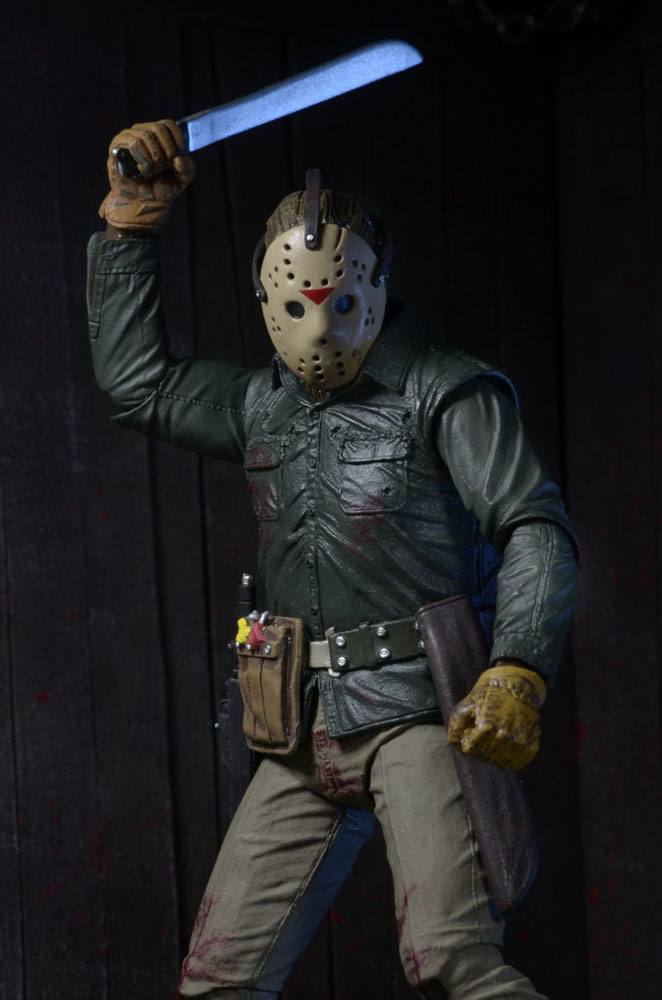 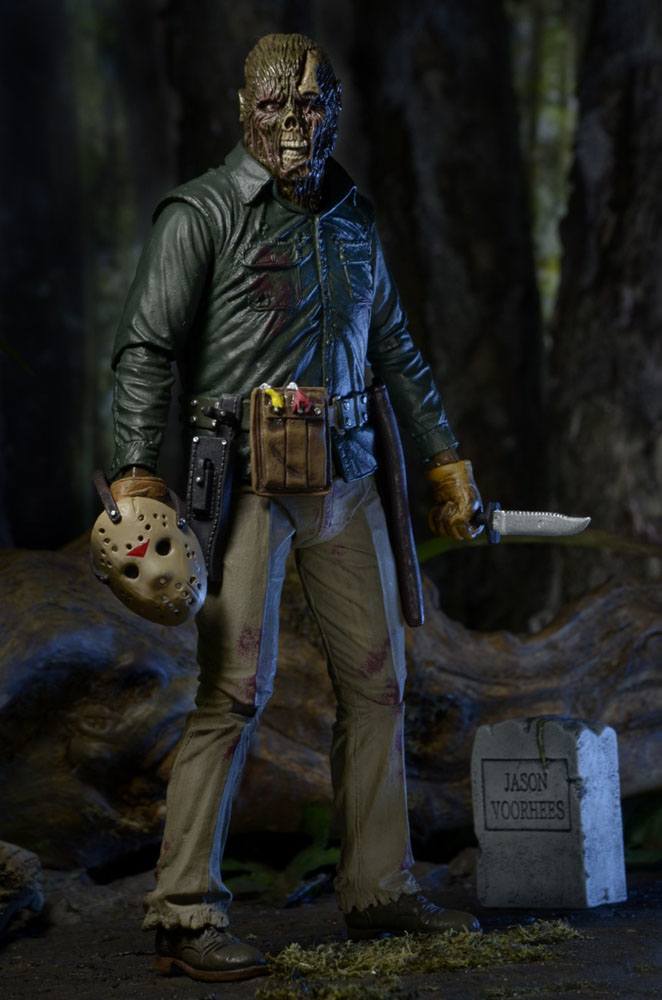 From the Friday the 13th fear franchise, NECA presents the definitive collector's version of Jason as he appeared in Part 6: Jason Lives!

This deluxe action figure features a gruesome, freshly unearthed sculpt and over 25 points of articulation. It's loaded with accessories, too: removable mask, a machete and a knife that both fit into sheaths on his belt, the fence post that reanimated him and his tombstone.