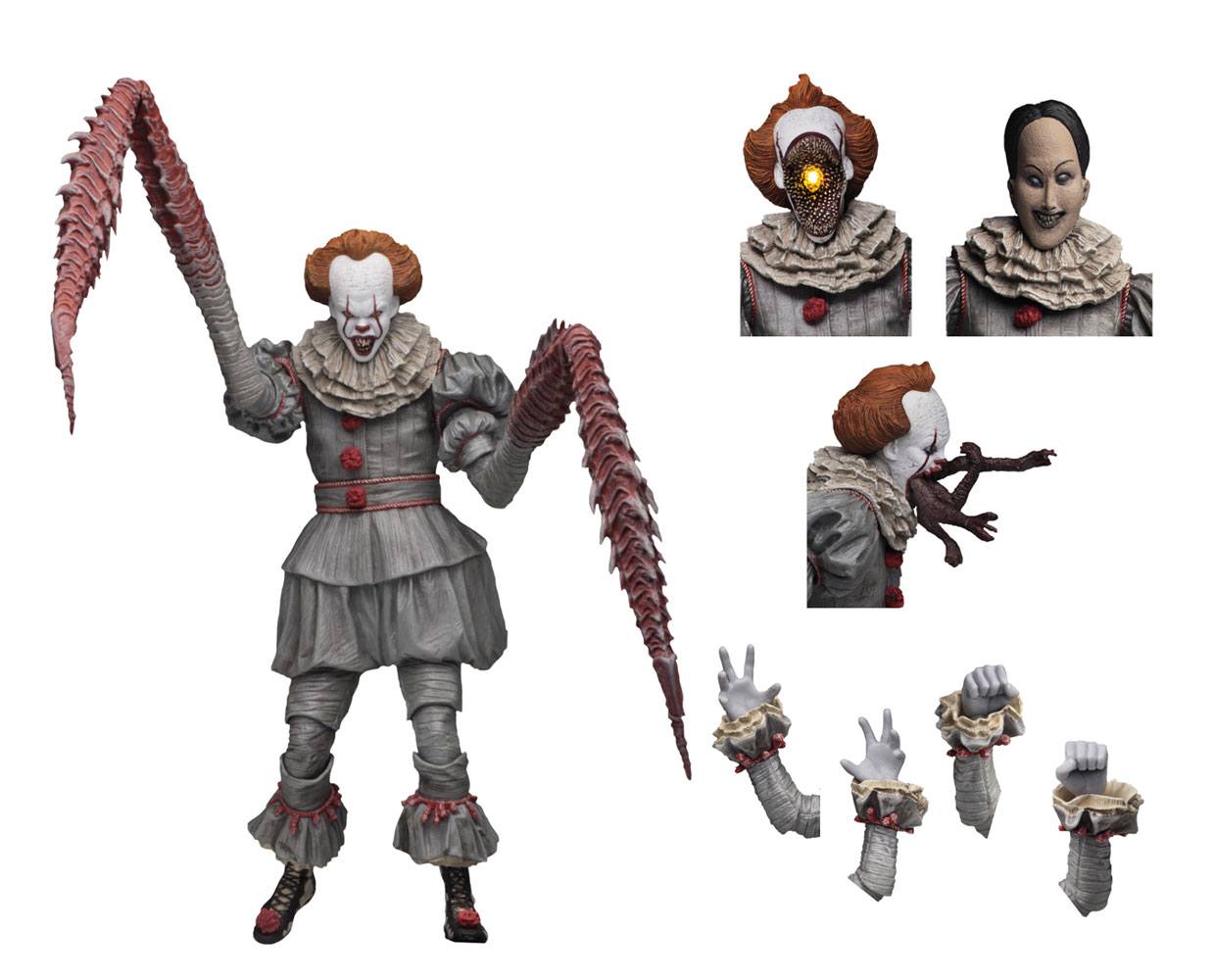 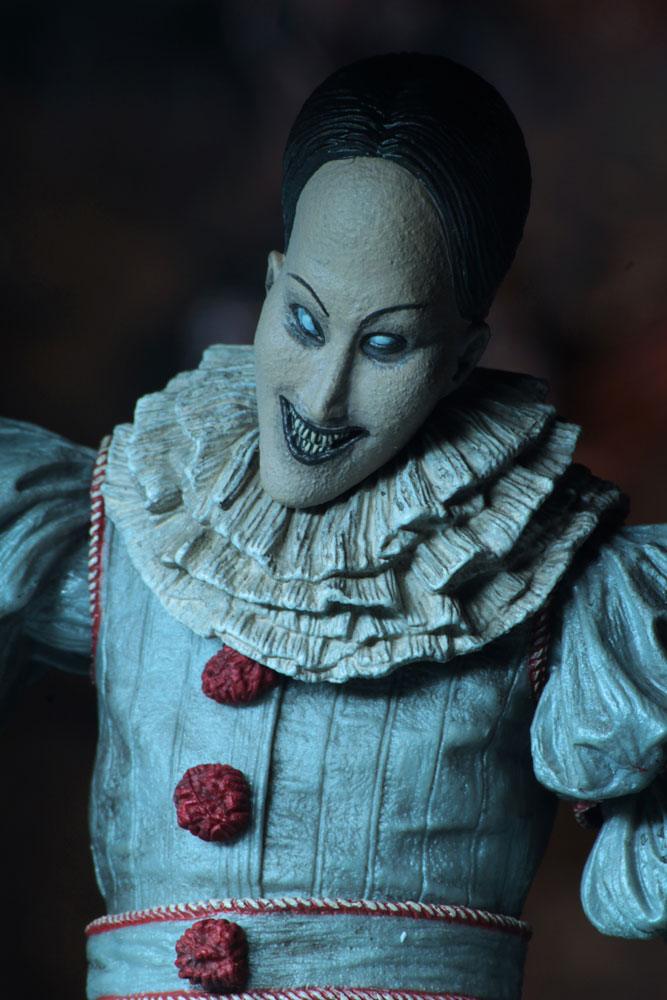 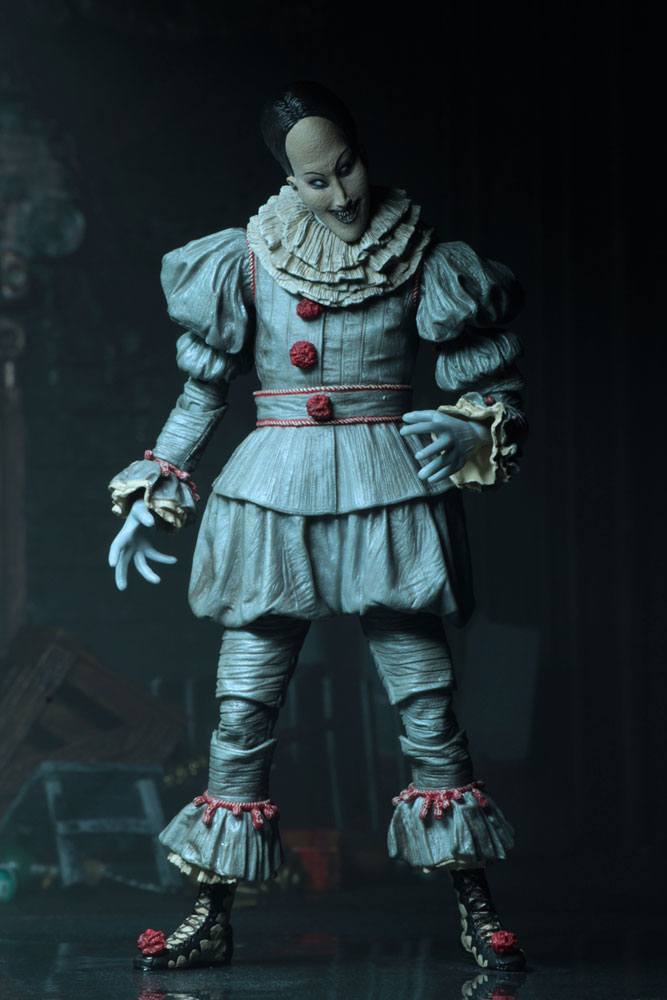 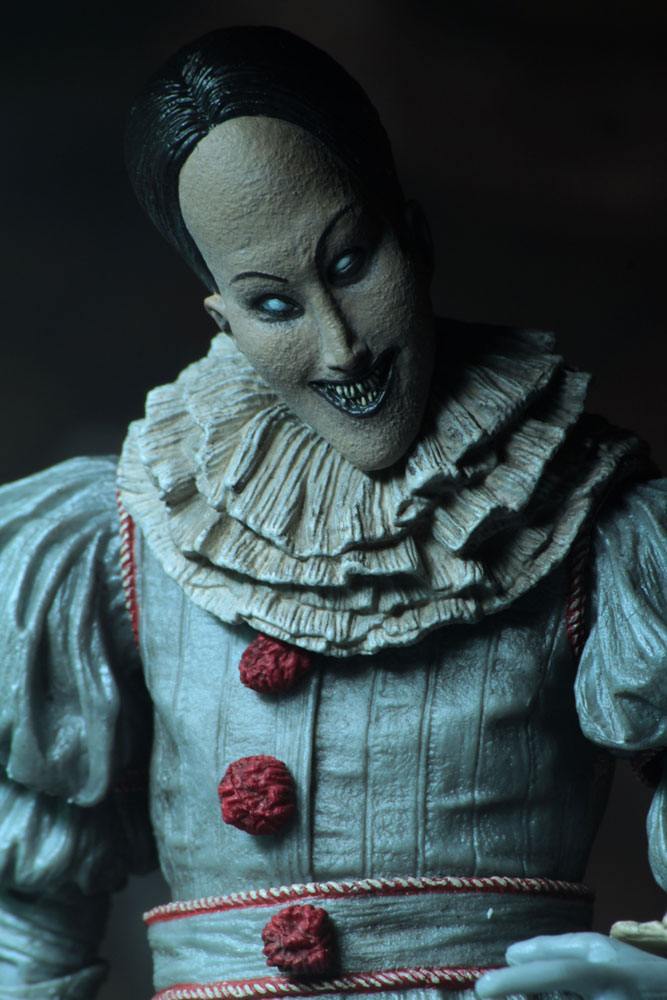 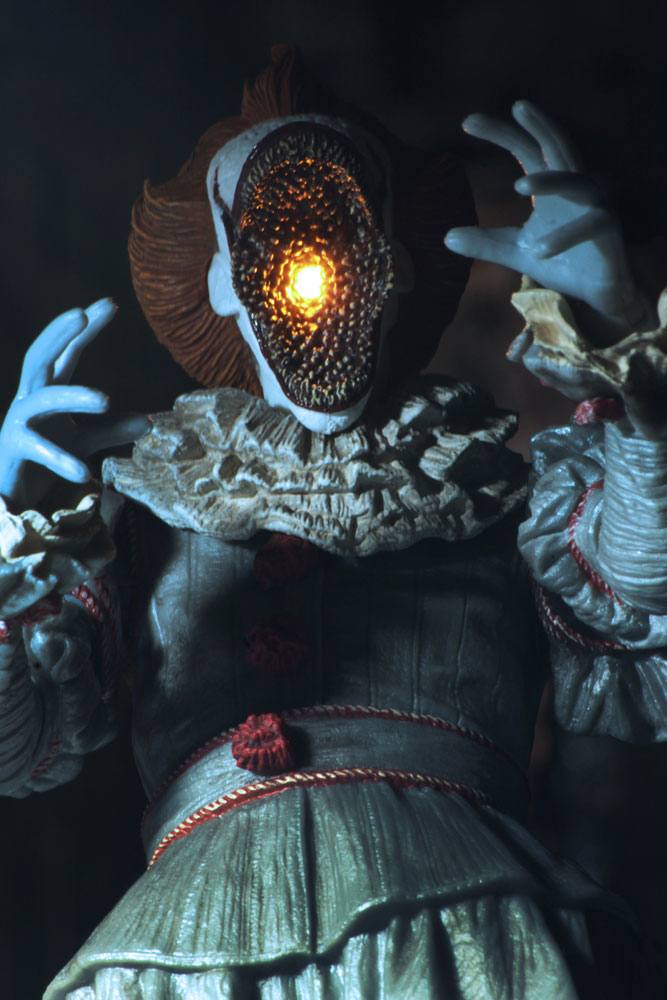 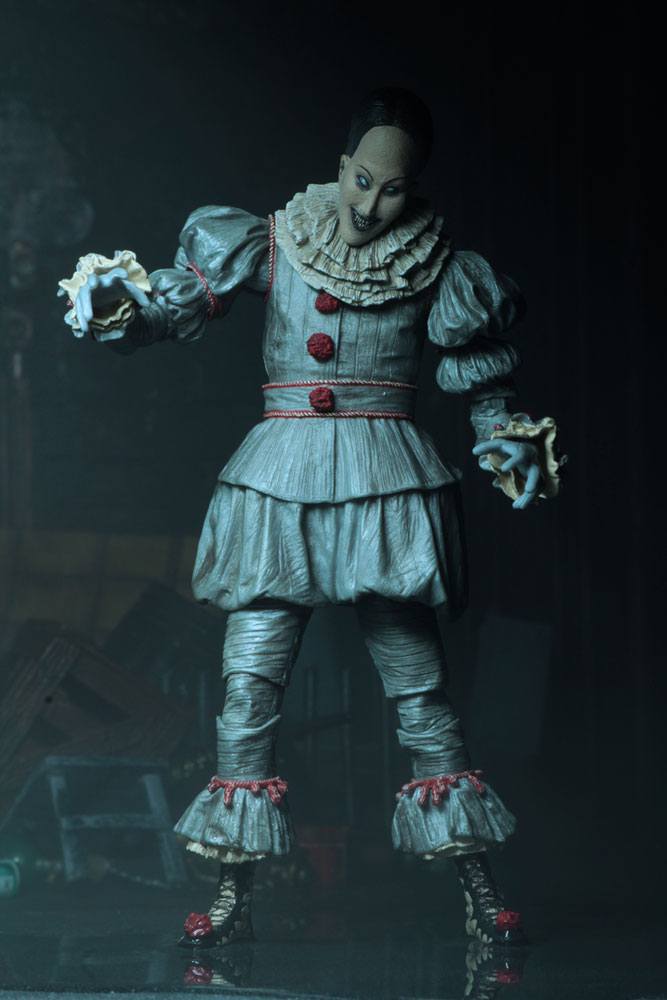 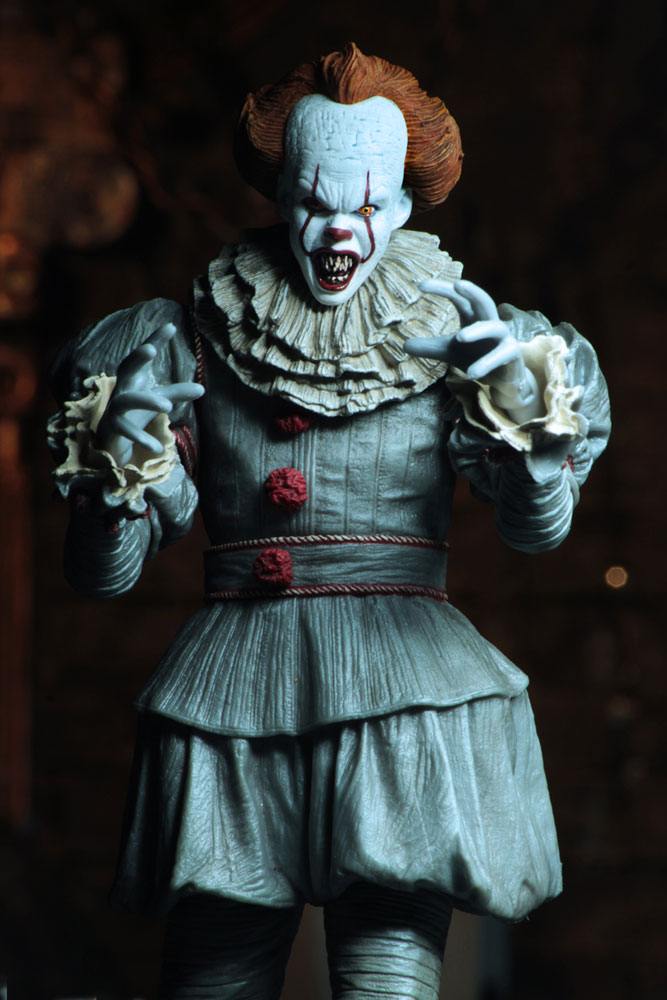 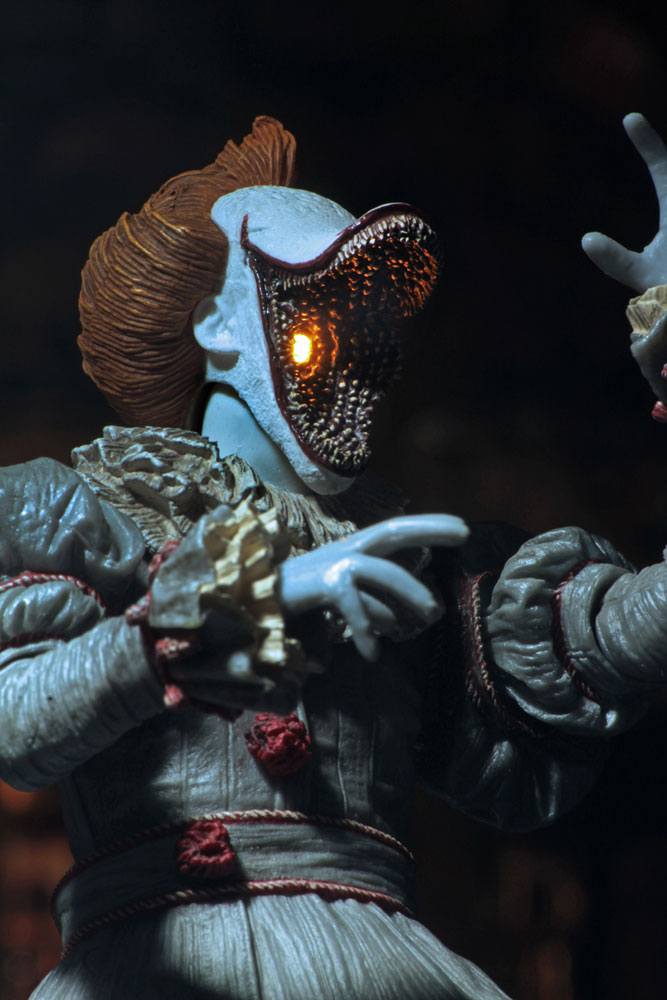 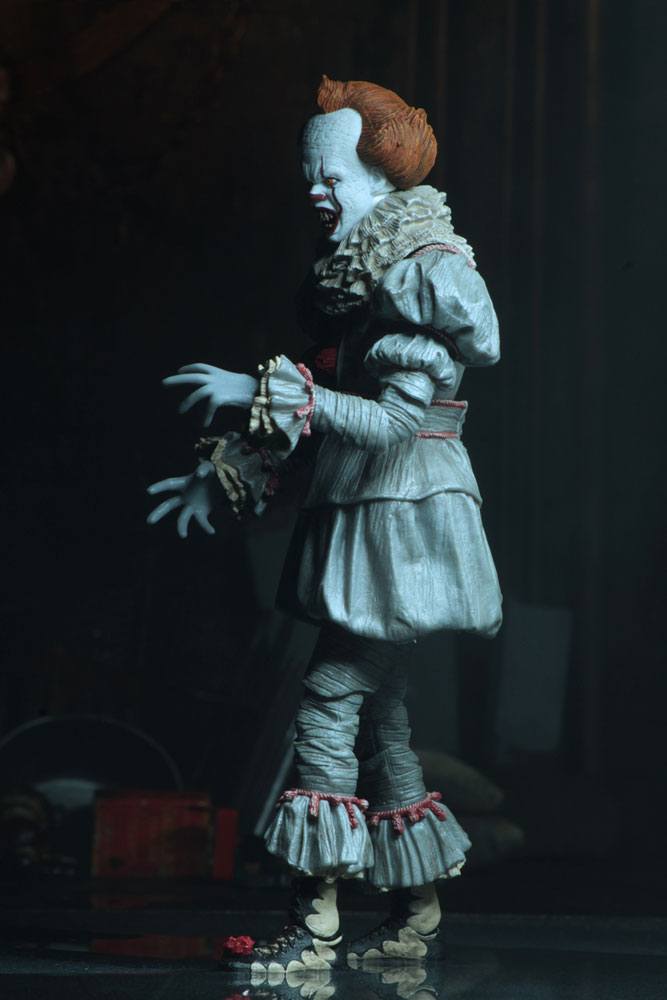 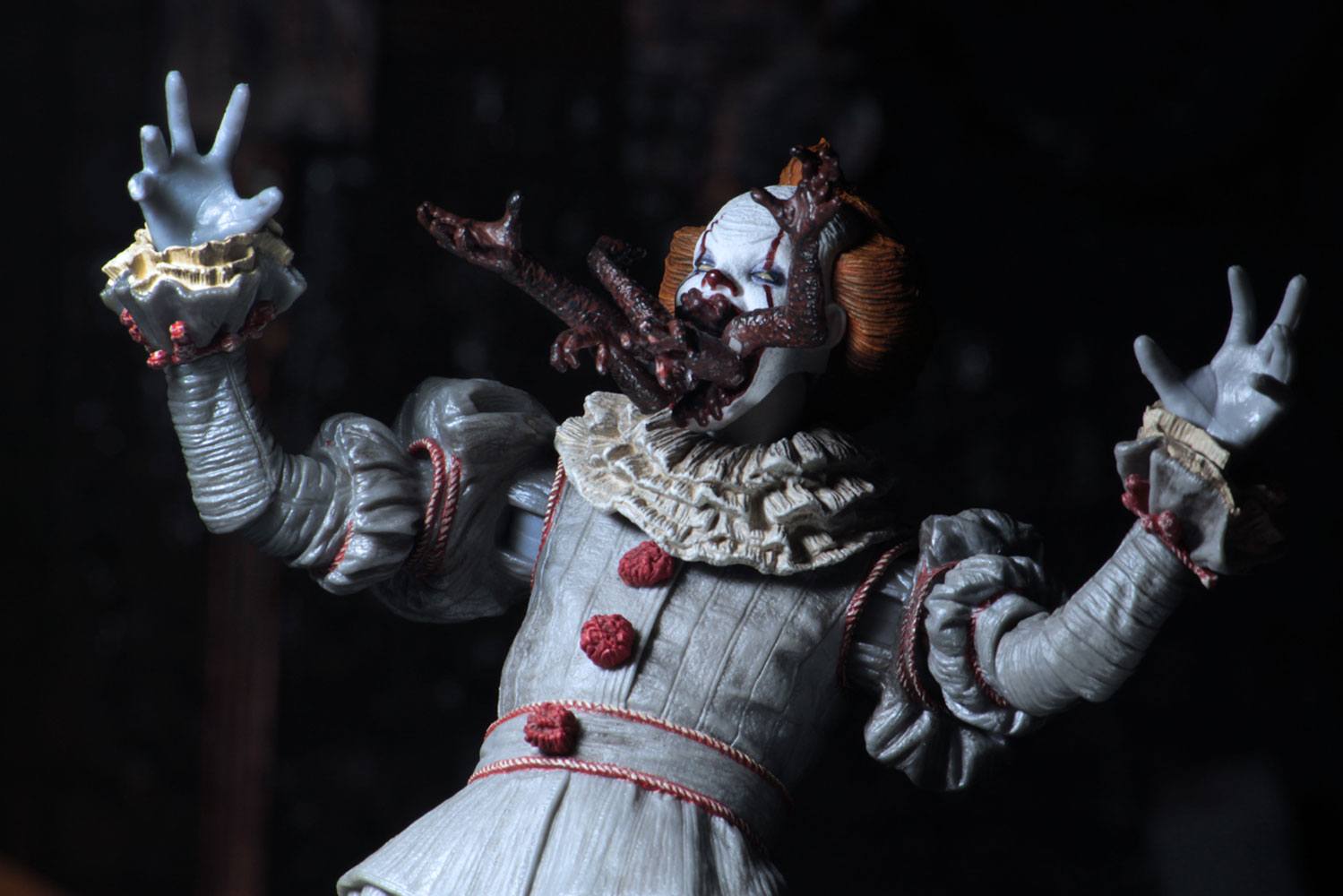 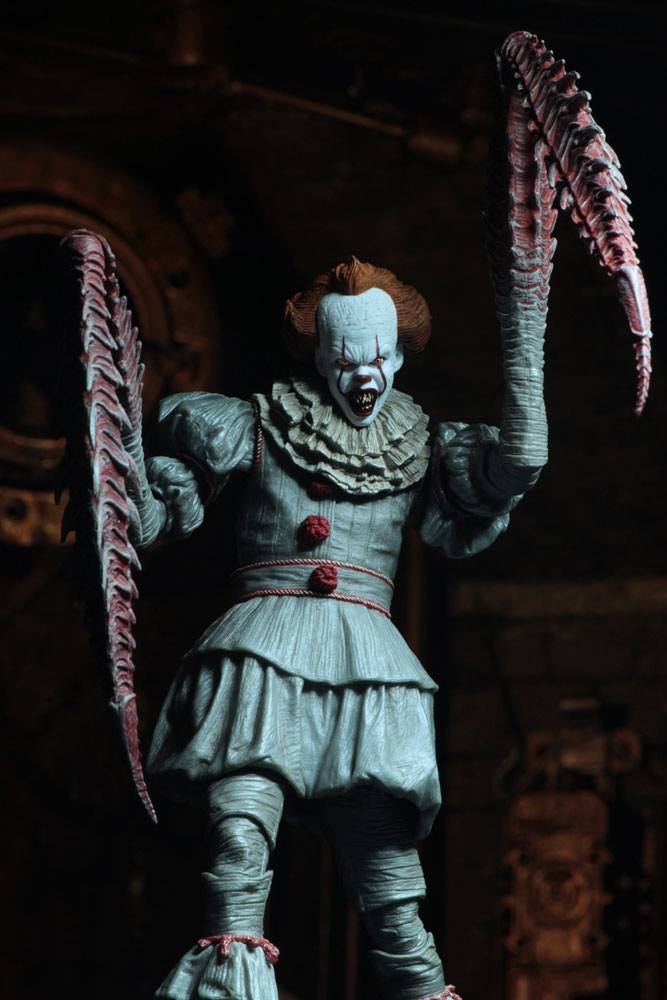 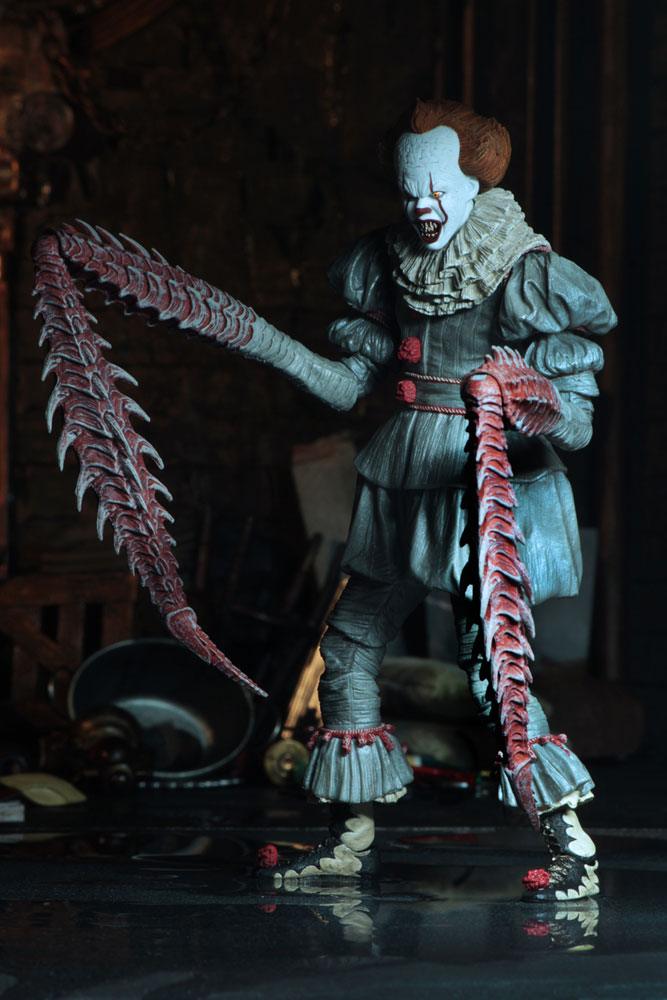 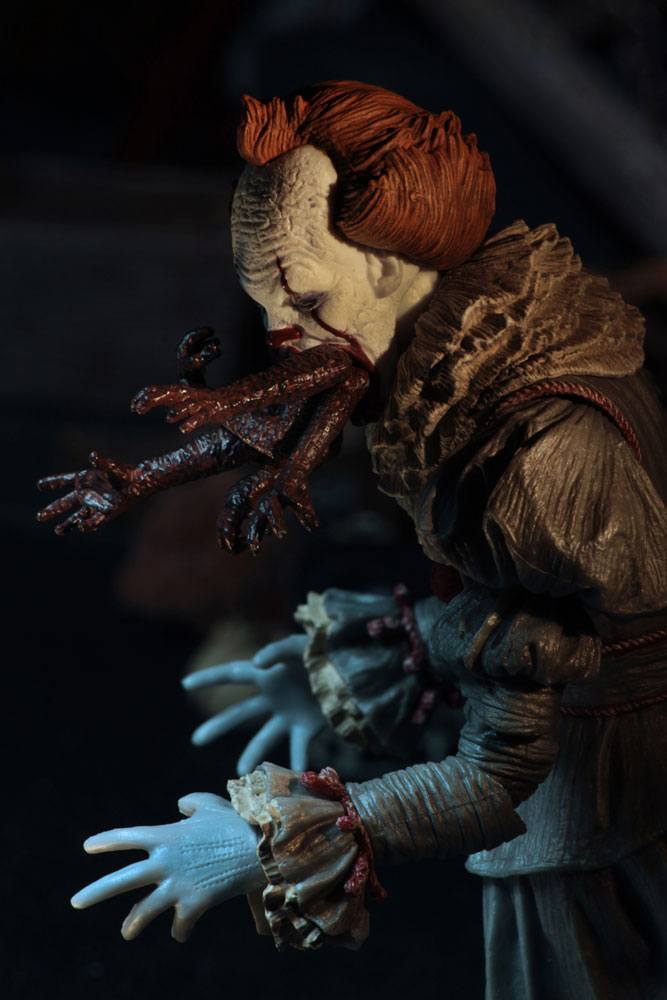 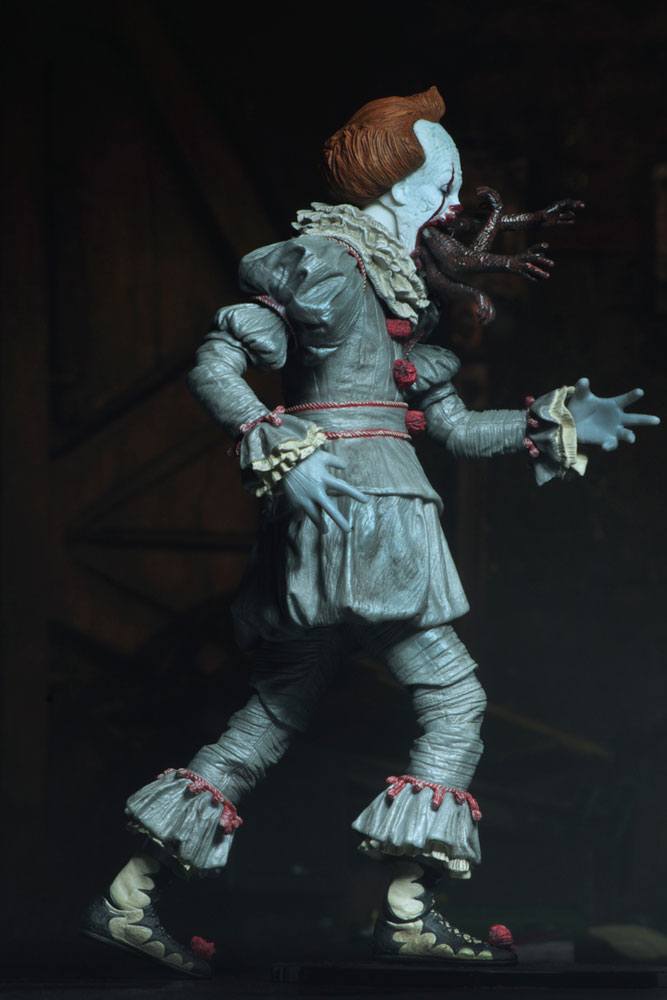 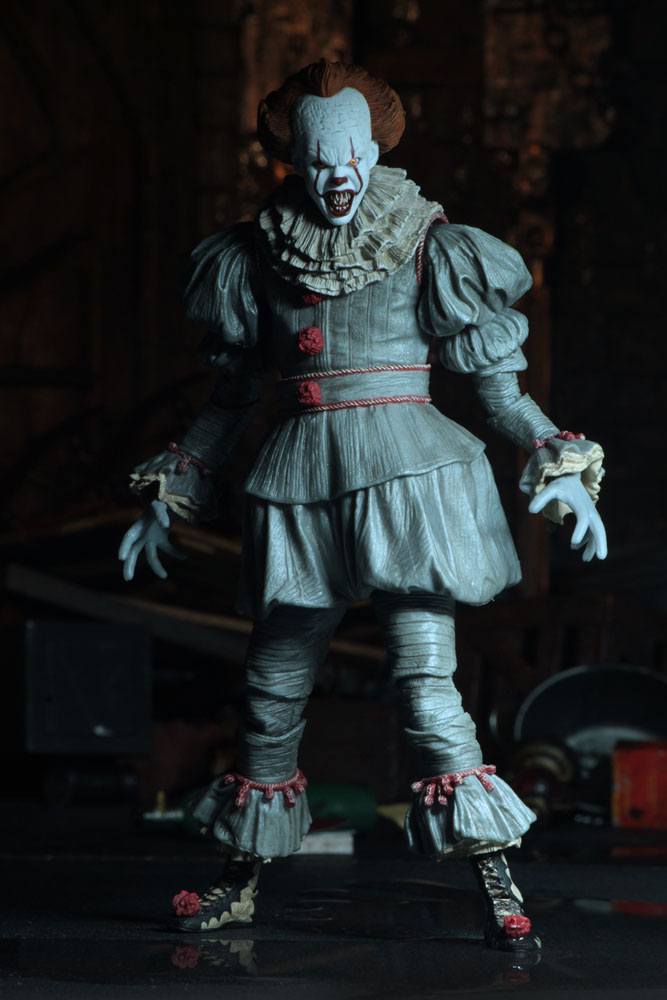 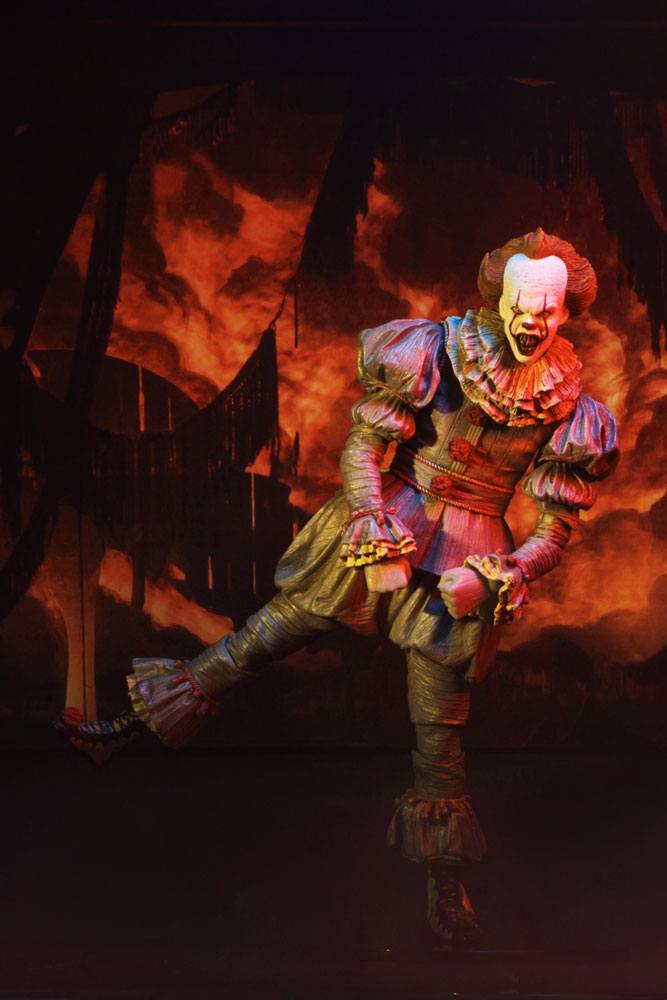 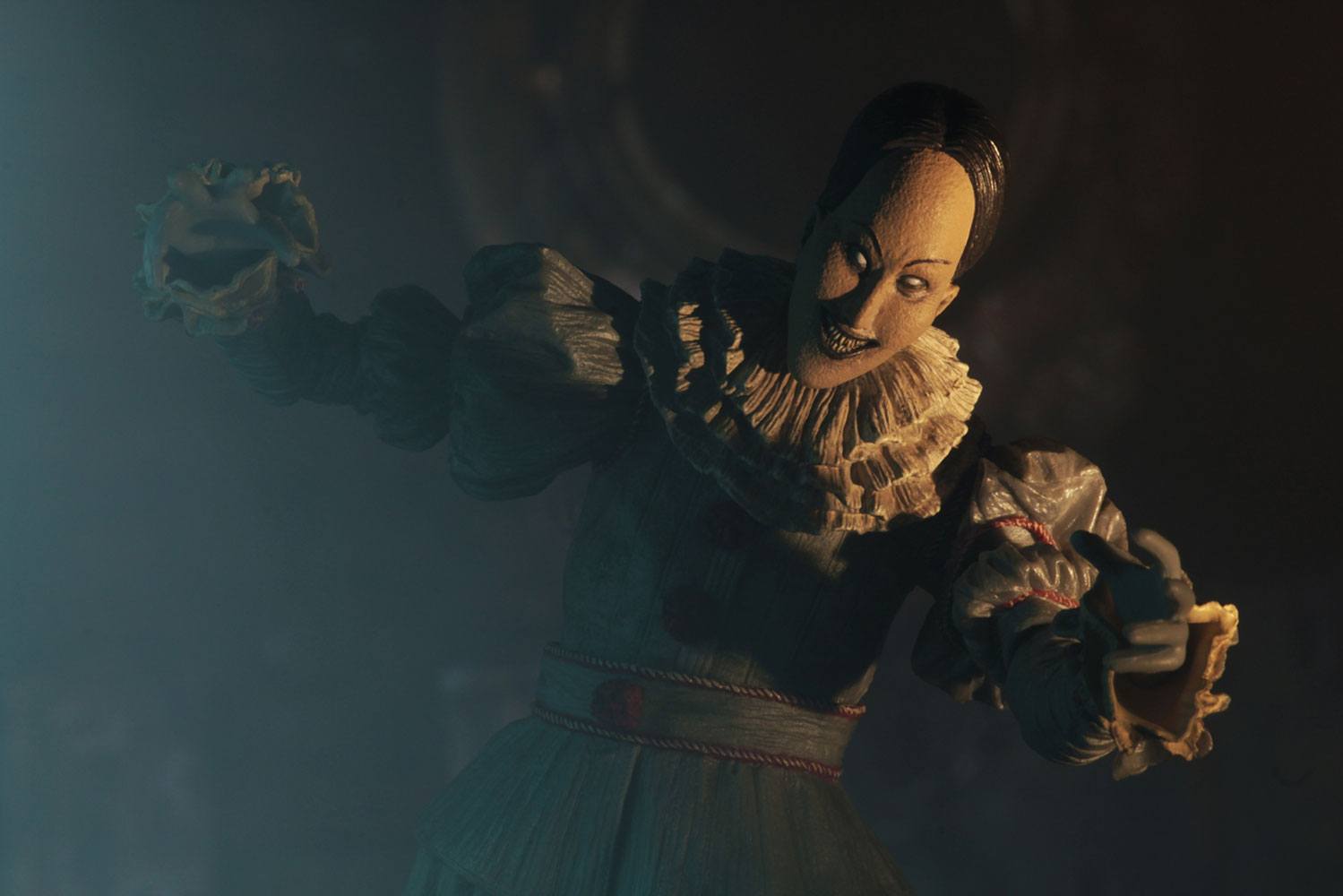 From the acclaimed 2017 horror film IT, drawn from the pages of Stephen King's original novel, NECA presents Pennywise: The Dancing Clown!

Based on Bill Skarsgård's portrayal of the nightmare-inducing clown, this 7? scale figure has been painstakingly detailed to be as accurate to Pennywise's ornate costume as possible, and is presented in an Ultimate format with special packaging and LED lights inside one of the heads. This version features 4 head sculpts, 3 of which are all-new heads: "Judith" Painting Head, "Emerging Arms" Head, and Light-Up "Deadlights" Head with LED light inside the mouth. The figure also includes interchangeable articulated insect arms, interchangeable forearms, and 2 pairs of hands.

The special window box packaging has a fold down flap in homage to the Dancing Clown scene from the film. Uses button cell batteries, included.